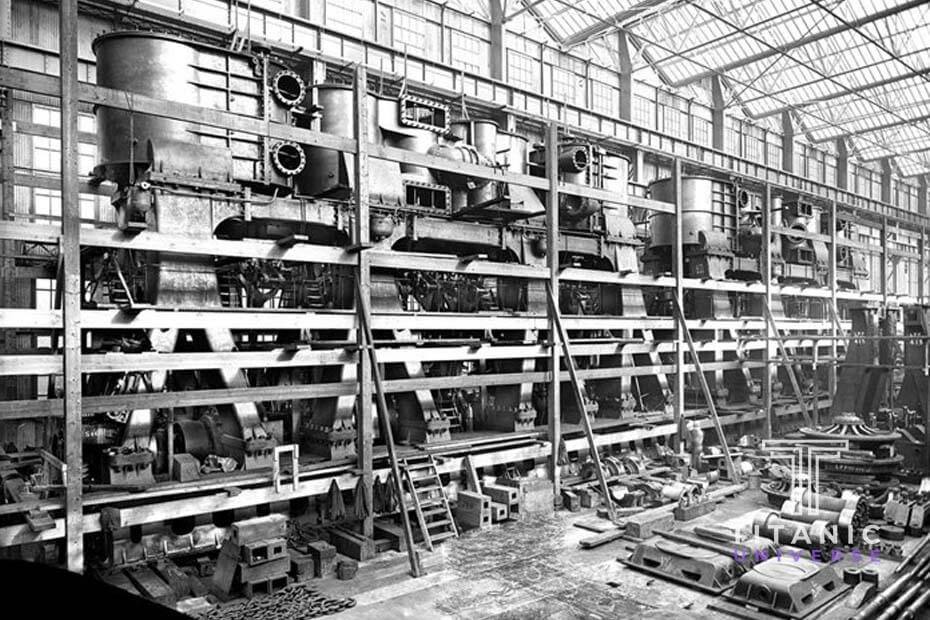 The invention of the ocean liner was one of the 19th century’s most remarkable feats of engineering. Steam power technology, already essential to the Industrial Revolution, gradually superseded sail power over many decades. The first ship fitted with steam engines, the Clermont, was built in 1807 and although it would be many years before steam replaced sails entirely.

During the 1830s, SS Sirius was the first fully steam-powered liner to cross the Atlantic from Liverpool to New York and a year later, Isambard Kingdom Brunel’s SS Great Western beat its journey and speed time, ushering in an age of confident, competitive ship design.

By the early years of the 20th century steam-powered passenger and freight ships had become big business, in which the rivals Cunard and the White Star Line fought for dominance. The White Star Line commissioned a new type of liner, described as Olympic-class, and it was as part of this program that RMS Titanic was built in 1912. Cunard’s ships, the Lusitania and the Mauritania, featured turbine-only propulsion systems, which were at the cutting edge of technology at the time. The Titanic was planned to be the largest moving built object in the world but needed a propulsion system to match.

To deliver their Olympic-class vessels, White Star commissioned the Belfast-based company, which had been their ship-building partners since 1870. However, Harland and Wolff did not have the knowledge or resources to replicate Cunard’s quadruple-screw turbines. Instead, they opted for the standard system of port and starboard wing propellers powered by two triple-expansion steam engines. A third, central propeller was driven by a smaller turbine. Since the Titanic measured 883 feet from bow to stern and weighed 52,310 tons, its engines had to be bigger than anything yet built, and even though it wasn’t going to set any speed records, White Star prioritized the power and reliability of conventional technology.

The triple-expansion steam engine was invented in the 1860s. It was designed for maximum efficiency, by recycling steam instead of simply expelling it as exhaust. Any steam that could not be immediately reused was returned to the condenser, where it was converted back into water for later use. Although the technology was old by the time the Titanic was built, it enabled the ship to get the maximum possible energy in the most economical way, with fewer firemen and boilers as well as less coal.

The ship had six boiler rooms with 24 double-ended boilers and five single-ended boilers, with 159 furnaces fed by coal from a bunker holding 6,611 tons. Each boiler room was manned by 10 firemen and four trimmers, known as the Black Gang, who had to shovel a ton of coal into the furnaces every two minutes. When all the boilers were operating at full capacity, they would burn 35 tons of coal every hour.

The steam passed from the boilers through two series of four cylinders, located in the reciprocating engine room behind the boiler rooms. The cylinder sequence was low-pressure, high-pressure, intermediate pressure and low-pressure again. As it left the boilers, the steam constantly expanded, which meant each cylinder had to be larger than the one before, thereby offsetting any reduction in pressure. At the end of the sequence, the steam, having reached 9 psi, was passed on to the turbines which powered the propellers. The passage of the steam through this complex configuration took only seconds.

The ambition of The White Star Line was to create the largest ocean liner ever built, even if that meant sacrificing speed. Their success in realising that ambition is often overshadowed by the company’s claim that the ship was unsinkable. The failure to live up to this claim was the result of an entirely different aspect of the Titanic’s design and engineering. In the horrific story of the ship’s sinking, we shouldn’t forget Harland and Wolff’s impressive achievement. Each of the engines measured 30 feet in height, 63 feet in length and weighed 720 tons, producing 16,000 horsepower. That’s equivalent to 60 of today’s average family cars. One of its engines now sits virtually complete in the Harland and Wolff Machine Shop.

Although the Titanic’s engines did not represent the cutting-edge technology of early 20th-century steamships, their sheer scale and power made them ground-breaking. As is very well documented, the ship struck an iceberg just four days into its maiden voyage so the potential longevity of its propulsion system was never put to the test. All we can say for certain is that it thoroughly fulfilled its function for the short time it was in use. This fact should be as well-known as the circumstances of the ship’s demise and celebrated as a truly unique example of early 20th-century maritime design and engineering.