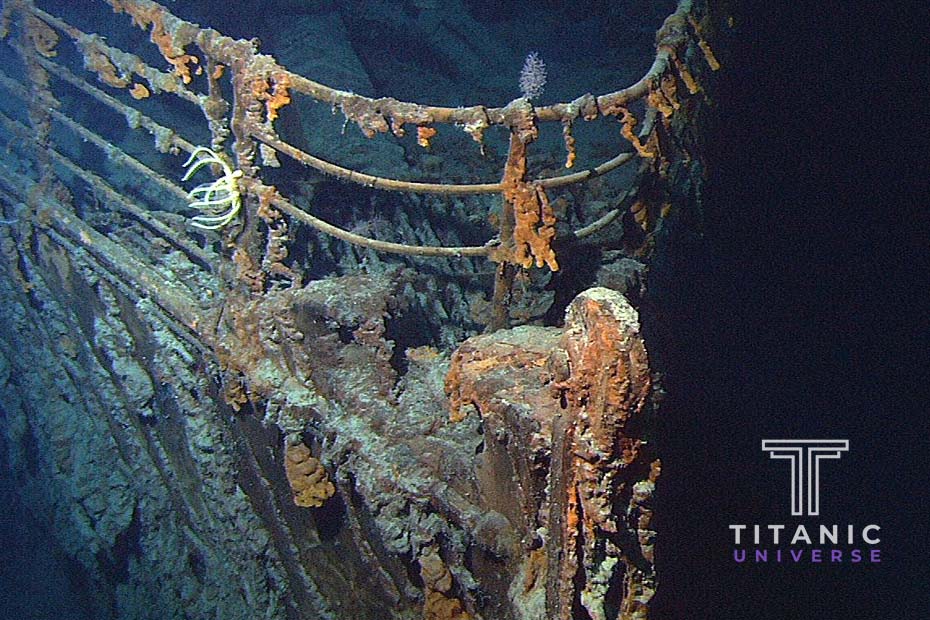 This page acts as an extensive resource for the Titanic Wreck and surrounding topics. The Titanic Sank over 110 years ago now and its Wreck has been a source of a great deal of intrigue.

Where is the Titanic now

The remains of the RMS Titanic – the largest and arguably the most luxurious vessel of its time – were located at the bottom of the North Atlantic Ocean by the US Navy on 1 September 1985. Dr. Robert Ballard made the discovery using an unmanned submersible vehicle named Argo.

If you are interested in learning more we know the feeling. You can read more about where the titanic wreck is now here.

When Was the Titanic Found

The Titanic sank in 1912 after hitting an iceberg, with the loss of over 1,500 lives. It wasn’t until 1985 that the Titanic’s final resting place was discovered by oceanographer Dr Robert Ballard. Ballard’s discovery revealed that the Titanic had not sunk in one piece, as had been previously believed.

You can read a more in-depth article about when the titanic was found here.

A common question about the Titanic Wreck is whether or not there are remains located below the depths. For the most part, it is unlikely. James Cameron famously said “I’ve seen zero human remains” during his numerous expeditions to the wreck of the Titanic.

After 110 years at the bottom of the ocean, it is unlikely that anything more than a few traces of remains is left.

Still curious? Click here to learn more about whether there Are There Bodies at the Titanic Wreck Site?

The inside of the Titanic Wreck is a topic of much discussion. Primarily due to the difficulty of entering it with submersibles. While some images from the titanic wreck do exist. These are mainly from areas with large enough openings to enter without risk to the submersible.

Want to find out for yourself? Read more about the Inside of the Titanic Wreck here.

How Deep is the Titanic Wreck

After the Titanic Sank, it came to a rest at 13,000 feet below the surface. For decades she lay there waiting for the technology to advance enough to allow discovery.

You can read more about the depth of the titanic wreck here.

Who Found the Titanic

The Titanic Wreck was discovered by a man named Robert Ballard and his team. A career in the navy prepared him for the mammoth task of not just locating the Titanic wreck but also utilizing the technology to venture down to the crushing depths.

If you want to know more about Who Found the Titanic you can do so here.

The intricacies of how the Titanic sank caused the ship to split in two. This was due to the bow of the ship’s compartments filling with water. This in turn, caused the ship to be ripped in two. On its journey to the bottom of the ocean, the two parts drifted significantly away from each other.

You can read in more detail how the titanic wreck’s stern was separated here.