Titanic Museums of the World 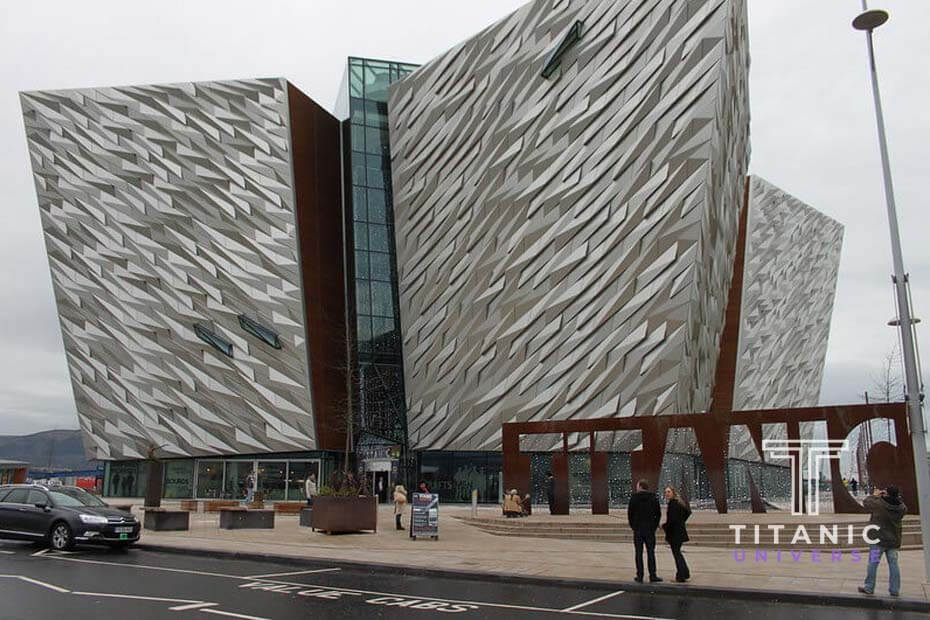 The beloved Titanic has become a worldwide symbol of history and culture, and many institutions are interested in its preservation and sharing its beauty with the public. Since the ship was rediscovered on July 14, 1986, many have been interested in what the wreckage contains and what these artifacts can tell us about the life and death of the vessel. A variety of Titanic museums can be found around the world, each possessing unique items exhumed from the Titanic’s wreckage and offering its unique story behind the ‘unsinkable’ ship.

How Many Titanic Museums Are There?

There are at least seven dedicated Titanic museums. However, if you count experiences and exhibitions, the number grows significantly.

Below we have listed some of the must-see Titanic museums and attractions. We will continue to add to this list as time goes on.

In 1987, the owner of the Titanic Museum of Branson, Missouri, John Josyln, co-led a 6 million dollar expedition to the site of the newly rediscovered Titanic shipwreck site. Diving multiple times to the wreckage in a submersible, the expedition crew took hundreds of images of the wreckage, which inspired a variety of Titanic documentaries and shows and since have become some of the most famous images of the Titanic shipwreck. Since that journey, Josyln has dedicated his life to sharing the experience of the Titanic. This is done via a museum, a two-story replica of the ship itself. It includes a grand staircase, walkable decks, various artifacts, and recorded tapes of survivor stories.

This museum offers authentic Titanic artifacts and unique stories of survivors of the wreck. The museum covers a broad scope of the ship’s history, including its original blueprints, sheet music, and even the wireless message received by the Titanic stating the location of the fatal iceberg. Other artifacts include the bridge bell of the Olympic, a sister ship of the Titanic, the rescue ship Carpathia’s first-class dinner menu, the flag of the White Star Line, the company that conducted the cruise itself, and a carved oak chair from the Titanic dining room. The Titanic historical society displays many of these and loans items to the Titanic Museum in Branson, MO. Other items included in the extensive collection are: a breadboard from the Titanic, passengers’ personal effects, 3rd class passenger Einar Karlsson’s inspection card, Titanic lookout Fred Fleet’s discharge book, Mrs. Astor’s lifejacket, and hundreds more. This is the most extensive collection of Titanic artifacts in the world.

Consisting of hundreds of artifacts recovered from various expeditions to the wreckage site, the Titanic Experience offers an in-depth look at the vessel’s history. This location features a 20,000 sq ft interactive museum, guided tours, full-scale recreations of the Titanic’s grand staircase, authentic artifacts recovered from the wreck, the second most significant piece of the Titanic itself ever recovered called “Little Big Piece,” Titanic room re-creations, and a dive area. The experience also contains trained actors in period costumes portraying famous people aboard the ship, including Molly Brown and Captain Edward Smith. The museum is located near Universal Studios in Orlando.

This museum offers a vast number of artifacts recovered from the site of the wreckage as well as a guided tour in which visitors are given random cards with a bio from an actual Titanic passenger. Some of the hundreds of artifacts contained within include a stairwell with water rushing in, three samples of the Titanic deck that visitors are allowed to climb on, replica lifeboats, salt water chilled to the temperature of the freezing Atlantic that doomed passengers were subject to, an interactive iceberg, and a big display of the finding of the Titanic. One of the museum’s main attractions is the large collection of photos and extensive information regarding the vessel’s history and construction. This museum has been described as one of the best sites for museum enthusiasts interested in the life and death of the Titanic.

Southampton is where the Titanic spent a significant portion of its life. Much of the crew came from the city. This is where the newest interactive Titanic museum will be located, and the attraction is scheduled to open sometime during 2012. On display will be a variety of the over 4,000 artifacts recovered from the wreckage of the Titanic and will include cutlery, dinnerware, letters and menu cards, and recollections of about 70 survivors.

View news on the Titanic Museum of Southampton

If you find yourself driving through what was once a shipyard in Belfast, you will find a new structure scraping the sky, soon opening as the Titanic visitor attraction. Belfast has been slow to tell the story of the Titanic from its point of view, and this new multi-storied metallic building will offer its story and a complete Titanic experience. The tour begins with a history of Belfast as an industrial empire, moving on to the ship’s conception, construction, launch, and maiden voyage. The 6-floor attraction will come complete with all the sights and smells of a shipyard, detailed information on how the Titanic was built, breathtaking views, and stories of passengers and crew aboard the vessel. The Belfast Titanic center is scheduled to open in April of 2012.

Read about the Titanic Museum Belfast

Much of the rescue effort concerning the Titanic disaster came from the Carpathia, a ship sailing out of Halifax, Nova Scotia. The ship picked up the Titanic’s final distress call and responded to the ship’s last coordinates. Risking its passengers and crew, the Carpathia was responsible for saving countless lives during the disaster. The Maritime Museum of the Atlantic is the oldest maritime museum in Canada and has an extensive collection of artifacts from the remains of the Titanic. Items include a perfectly preserved deckchair and large pieces of oak carving featured as museums’ permanent attractions.

The Online Titanic Museum offers pictures of various artifacts and other items surrounding the history of the Titanic. Each thumbnail can be clicked for a larger version, and all items come with a description. The site is divided into different categories making navigation easy and grouping each item into a specific frame designed to outline each element of the ship’s life cycle.