How Many People Died on the Titanic? 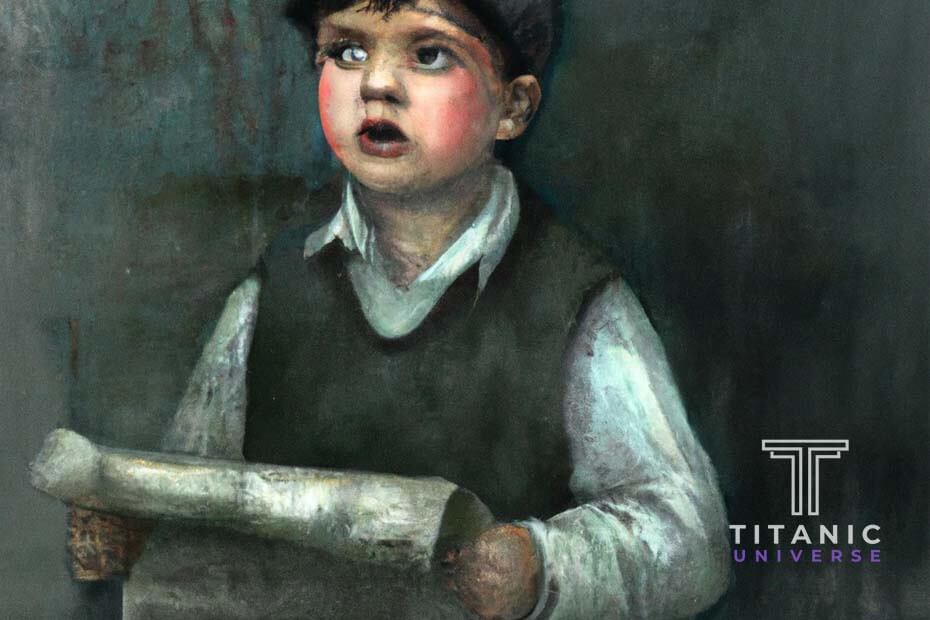 How Many People Died on the Titanic?

The Titanic sank on April 15, 1912, after hitting an iceberg, and as a result, over 1500 people lost their lives. The official death toll is 1,514. Exactly how many people died on the titanic is possibly one of the most commonly asked questions on the internet today. This is presumably due to the disproportionate number of third-class passengers who lost their lives.

The total number of passengers on the Titanic when it sank was 1,316. However, this is significantly under capacity. At total capacity, the Titanic was capable of transporting 2,453 passengers.

How Many First Class Passengers Died?

The high titanic death toll in first class was due to several factors. Many first-class passengers refused to believe that the ship was sinking and thus did not evacuate immediately. It was too late for many of them to escape when they realized the gravity of the situation.

Many lifeboats were launched before they were full because crew members feared the ship would sink quickly and wanted to save as many people as possible. However, there were not enough spots for all the first-class passengers who needed them.

How many Second Class Passengers Died?

How many Third Class Passengers Died?

Many of them were poor and had little experience with ocean travel. When the Titanic hit the iceberg, they were trapped below deck and had no way to escape. As the ship began to sink, they were forced into the freezing water, where they quickly perished.

The titanic death toll among 3rd class passengers was much higher than for 1st and 2nd class passengers. This was due to several factors, including the location of their cabins, the lack of lifeboats, and the fact that they were less likely to be able to swim to safety.

How Many Children Died on the Titanic?

According to the official list, 61 deaths (aged 14 or under) were on board the Titanic out of 128 children onboard – a fatality rate of just 48%. Below we break down the more specific numbers of children by age.

Is it true that people survived the Titanic because they were drunk?

Thankfully, there were some survivors, including the ship’s baker, Charles Joughin, who made his improbable escape to safety partly due to his intoxication.

Who were some of the notable victims of the sinking?

Below are some notable people who died during the sinking of the Titanic.

John Jacob Astor IV was one of the wealthiest men in the world when he boarded the Titanic. His estimated net worth was $87 million, which is over $2 billion in today’s money.

Astor was a prominent businessman and real estate developer. He also served as a colonel in the Spanish-American War.

When the Titanic began sinking, Astor helped his wife into a lifeboat but did not get on himself. He told her he would find another boat or swim to safety; instead, he died after going down with the ship. His body was never recovered.

Isidor Straus was a notable victim of the Titanic disaster. He co-owned Macy’s department store, and he and his wife Ida were among the wealthiest people on board the ship. They both perished in the sinking. Ida Straus was offered a seat in a lifeboat, but she refused, saying, “We have lived together for many years. Where you go, I go.”

Benjamin Guggenheim was one of the wealthiest men on board the Titanic. He and his valet, Victor Giglio, were traveling first class. When it became clear that the ship was going to sink, Guggenheim decided to change into evening clothes so he would look presentable if he died. “We’ve dressed up in our best and are prepared to go down like gentlemen,” he is reported to have said.

What factors contributed to the high death count?

The Titanic was carrying 20 lifeboats, which were designed to hold a total of 1,178 people. However, the ship was carrying over 2,200 passengers and crew members. This meant that there were not enough lifeboats for everyone on board.

In addition, many lifeboats were not launched until well after the ship sunk. Some boats were launched half-empty because there was no room for more people. As a result, many people died needlessly because they could have been saved if there had been enough lifeboats or if the lifeboats had been launched sooner.

It is estimated that only one-third of those on board the Titanic survived its sinking. The death toll was high for several reasons, but insufficient rescue efforts and the cold water were among them.

At the time of the disaster, there were not enough lifeboats to accommodate all of the passengers and crew (estimates vary, but it is thought that only about half of those on board made it into a lifeboat). Furthermore, many lifeboats did not launch until well after midnight – some as late as 2:00 am – even though they could have been launched earlier.

Did they ever find the Captain’s Body?

One of the main factors that contributed to the high death toll on Titanic was the cold water. The ocean temperature at the time of year and location was only about 28-29 degrees Fahrenheit, below freezing. This meant that anyone who went into the water would quickly succumb to hypothermia and die within minutes.

Many people ended up in the water when the Titanic sank. In addition, rescue efforts were insufficient and took too long to reach those stranded in the frigid waters. As a result, many died needlessly from exposure to cold water rather than drowning outright.