Who Found the Titanic 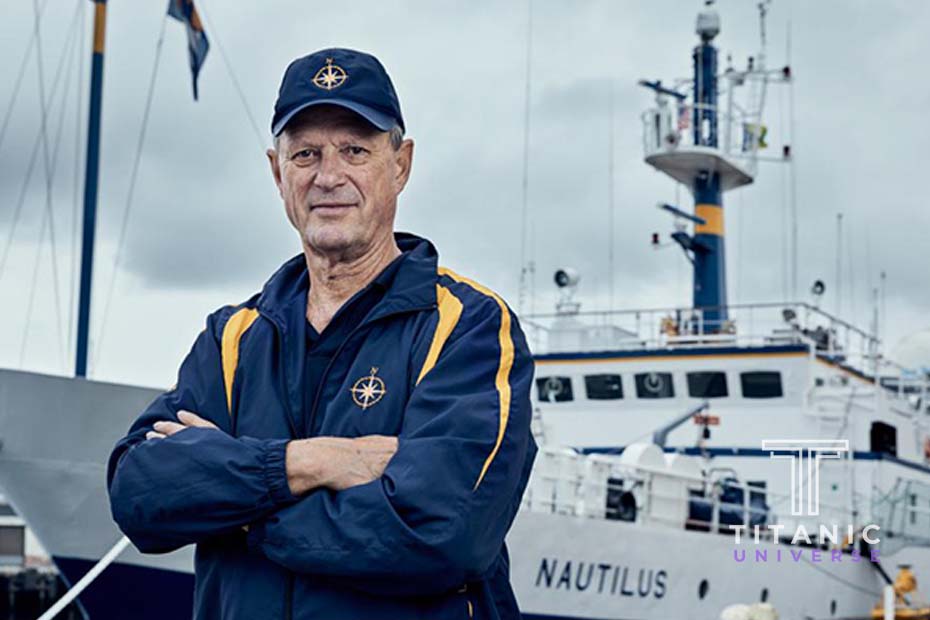 Robert Ballard the Man Who Found the Titanic

For a boy born in Wichita, Kansas, you would not expect exploring the Oceans to be Robert Ballard’s first passion in life, but luckily for Bob and us, a childhood in San Diego started him on the path of destiny that would lead him to a rendezvous with the worlds most famous shipwreck, the Titanic. It was here that Ballard’s interest in the ocean and its secrets blossomed.

As a Vietnam-era Army intelligence officer, Ballard found himself assigned to the Navy and a deep-diving submarine. The arduous physicality of being deep underwater meant that exploration time was limited and so after his military service, Ballard began to develop a mini-sub fitted with cameras, lights, and robotic arms that could be controlled from the surface. The development spanned 29 years. His dream was to be the man who found the Titanic but Ballard struggled with funding for such a massive task so he approached his former employer, the US Navy.

As luck would have it the Navy was anxious to find two cold war era nuclear submarines that had sunk with all hands, the Thresher and the Scorpion. The Scorpion also had Nuclear weapons on board when it sunk so there was a need for the utmost secrecy. The Soviet Union would have been delighted to be led to American weapon systems, after all.

What’s the story behind Robert Ballard finding the Titanic?

It was Robert Ballard who found the Titanic over 2 miles below the ocean’s surface using an unmanned submersible called Argo. This discovery gave new meaning to the Titanic’s sinking, and gave birth to new dreams in ocean exploration.

Robert Ballard’s search for the Titanic had become the perfect cover to conceal it. He was given the nod that after finding the submarines, he could use the remaining time to search for the Titanic. During his work finding the subs, Ballard had realized that sinking vessels tended to implode when they reached a certain depth and underwater currents carried the lighter debris away much like a plane crash leaving a trail. If he could find any of this, he could follow it to the main shipwreck. However, after finding the subs, he had little time to search for his prize.

This lack of time gave Ballard the idea of teaming up with the French Research Institute for Exploitation of the Sea or IFREMER, and the French research vessel captained by Jean-Louis Michel. The ship with its SAR (Sonar) had been dragging the ocean floor in a manner known as “mowing the lawn” for many weeks without success, although unbeknown to them, they had come within about 3000 meters of it. So it was back to Robert Ballard and his team to put his new idea of looking for the smaller debris into practise.

This necessitated a team working in shifts 24 hours a day watching the video feed from the ocean floor. Eventually, it paid off and a trail of debris led back to the first sight of the deck of the Titanic since it sank on the 5th of April 1912. The mood was naturally one of celebration at the success but it was tempered by the fact that this sight looming out of the eerie darkness was the watery grave of 1,514 poor souls.

What was the time it took Robert Ballard to find the Titanic?

A deep-sea vehicle called Argo was used by Ballard to locate a trail in an ocean five times the size of New York in 12 days. Argo carried many cameras and was towed behind the ship. Argo floated 2.5 miles below the sea floor in the cold, dark Atlantic, floating just above the sea floor.

Since its discovery, many expeditions, divers, and even tourists paying large sums of money have visited the wreck and about 6000 artefacts have been recovered. Robert Ballard has always welcomed the interest but is keen to treat the remains of those who sunk with her in a dignified and respectful way. It is a difficult balance with such a high-profile shipwreck and a public with a seemingly insatiable appetite for the story.

So it was that Robert Ballard became the man who found the Titanic. Quite why the Titanic lives in the memory while memories of other shipwrecks with an even bigger loss of life fade is hard to say exactly. Perhaps the band playing on to the end to soothe nerves, the glamor of the boat, Captain Edward Smith who despite his mistakes went down with his ship as Naval tradition demanded. Then there is, of course, the modern blockbuster film which has given the story a new lease of life.