Who Designed the Titanic? 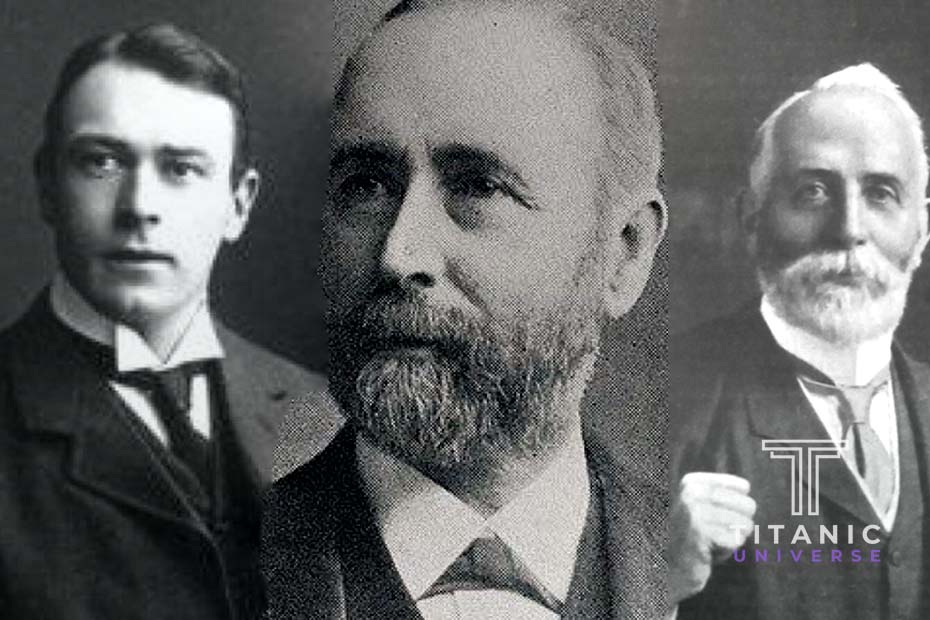 Everyone likes a good story. Indeed, there is an old maxim “Never let the truth get in the way of a good story”, it is certainly one the film industry often takes to heart. The story of who designed the Titanic is a case in point. In both major films about the ill-fated liner, the story of Thomas Andrews, a handsome young Irishman from Comber, County Down, going to the depths with his creation is played up to the maximum and it is a great story that contains a lot of truth – but not the whole truth. It excludes the contribution of three other men, Alexander Carlisle, Lord Pirrie, and Edward Wilding.

Alexander Carlisle was born in Ballymena, County Antrim, Ireland. At age 16, Carlisle started as an apprentice at the giant Harland and Wolff Shipyard in Belfast, eventually spending 40 years at the Company. The Titanic museum in Belfast credits most of the design of the ship to Carlisle, especially the structural aspects. He worked on all the large liners Harland and Wolff were building at the time, known as the Olympic line. Carlisle was a Germanophile, he met the Kaiser several times and took a great interest in German ship design and shipbuilding. At this period in history, the Royal Navy still ruled the waves, but many in Britain were nervously eyeing the rapid increase in quality and quantity of German shipping. Carlisle always preferred to travel on German ships. In the period leading up to World War One, it set him out as something of a maverick.

Edward Wilding was born in Liverpool, England. After serving as a Naval Cadet with the Royal Navy and finishing a course in Naval Architecture, Wilding joined Harland and Wolff, becoming assistant to Andrews and is credited with much of the mathematical calculations that went into this huge project. Wilding was also on the Titanic’s maiden voyage but fortuitously got off at Southampton before the ship headed out to Cherbourg, France, a stop in Queenstown, Ireland, and then into the Atlantic and its date with destiny. Wilding took over from Andrews after his death.

William James Pirrie (Lord Pirrie) was born in Quebec, Canada, and was the Chairman of Harland and Wolff at the time. He was also the uncle of Thomas Andrews. At the inquest into the sinking, Edward Wilding had claimed that Pirrie was responsible for overseeing the design of all the Olympic Class ships, including the Titanic. When he was pressed about the lack of lifeboats on this class of vessel, Pirrie claimed that they were unsinkable and the lifeboats were there purely in case they needed to pick up survivors from another shipwreck. These words haunted him for the rest of his life, but none of the main designers had made this claim. Later on, Pirrie laid the blame for the reduction in the number of lifeboats from the 32 of Carlisle’s original design down to just 16 solid and 4 collapsible boats, at the door of its owner, the White Star Line. The truth of all of this is probably lost in the mists of time, but it seems clear that had Carlisle’s original design been followed, then many more lives would have been saved.

Thomas Andrew’s inclusion aboard the Titanic was as part of a group of Harland and Wolff workers who were known as the Guarantee Team. In the days before Computer simulations, trial and error meant just that. Troubleshooting the first voyage was normally routine work for these teams, but this one turned out rather differently. It was Andrew’s inspection of the iceberg damage and his assessment, rightly, that the Titanic would sink in about one and a half hours that probably led to faster action being taken than if he were not on board.

Couple that with his undoubtedly brave behavior as the ship sank. Surviving passengers recalled him calmly directing people into lifeboats with no thought for his personal safety. I think we can see how a complicated story was reduced for the sake of narrative. We should, however, not overlook the others, especially Alexander Carlisle. His fine design work was not the problem but rather the compromises that were made. Without this and the mistakes of the Captain and the poorly trained crew, then perhaps only people with an historical interest in shipping would know the name Titanic today. As they like to say in Belfast “It was fine when it left here”.