Building The Titanic: From Conception to Construction 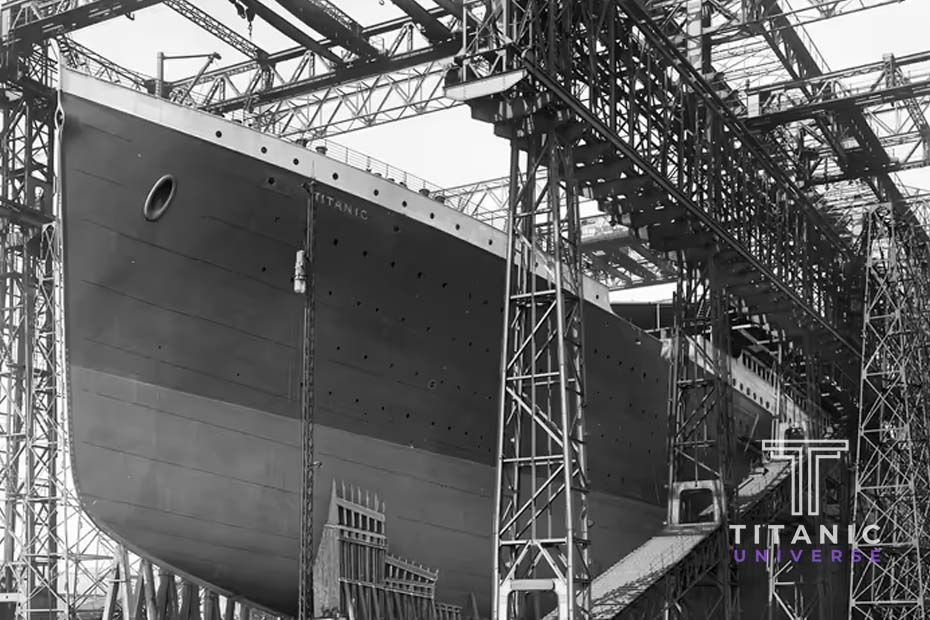 The White Star Line was a British shipping company that was founded in 1845 during the reign of Queen Victoria, the British monarch who oversaw the expansion of the British Empire and the industrial revolution during the 1800s. The industrial revolution saw Britain, Europe and the United States transition into new forms of manufacturing, where technological innovation accelerated and progress was rapid. There was a sense of excitement and prosperity as new ground was broken in all areas of life, including trans-Atlantic travel. The White Star Line company was keen to be the leading name in maritime travel. In the early 1900s the chairman and managing director, J. Bruce Ismay, agreed over dinner with the chairman of the Harland & Wolff shipyard, Lord William James Pirrie, to build three superliners with specifications that had never been achieved before.

The White Star Line were eager to surpass the vessels operated by their closest rival, the Cunard Line. They imagined a number of superliners that would be both larger and faster than any other vessel in the world. Not only would the ships set the standard for speed, but they would also become the most luxurious ever created. The collection would be known as Olympic-class liners and include the Olympic, the Titanic, and the Britannic, although the latter’s maiden voyage was not until three years later in 1915.

The setting for the building of these colossal ships was the Harland & Wolff shipyard in Belfast, Northern Ireland. The company was founded in 1861 by Edward James Harland and Gustav Wilhelm Wolff. They had major success in the late 1800s with innovations such as increasing the strength of the ships by replacing wooden upper decks with ones made from iron, and redesigning the shape of the hulls. It was thought that this expertise and the availability of skilled craftspeople in the area would make this an ideal choice.

The Titanic and its sister ship Olympic were almost identical in their design plans, although, of course, they had very different outcomes. Naval architect Thomas Andrews and chief naval architect Alexander Carlisle were responsible for the Titanic construction along with Lord Pirrie. When Carlisle retired in 1910, Andrews superseded him. He tragically died on the Titanic’s maiden, and only, voyage. The sister ships were built in parallel, with the Olympic’s keel (the structural beam that runs down the center of a ship from bow to stern) laid down on 16 December 1908 and the Titanic’s just over three months later on 31 March 1909.

Foundations in building the Titanic

Building the Titanic was a mammoth task. She weighed in at 46,328 tons and was 882.9 feet long by 92 feet and six inches wide at maximum breadth. These measurements crowned her the largest ever man-made structure of its time for maritime use. Harland & Wolff used a dry dock (sometimes known as a graving dock) which was called the Thompson Dock and which still exists today. The largest ever gangway was built so that the workforce of over 15,000 were able to access all areas of the ship.

Titanic construction took just over two years. In the first year, the build was based around the frame of the ship. The keel acted as the backbone of the ship with the hull acting as the ribs. Thousands of rolled steel plates were attached to the hull by over three million steel and iron rivets. Much of this work was done by hand.

Titanic’s engineering workforce built three main engines which were located in the hull and had an output of 30,000 horsepower or 22,000 kW. The engines were fueled largely by welsh coal, and 29 boilers fired 159 furnaces which burnt over 600 tons of coal a day, creating a top speed of 23 knots (26mph; 43km/h). Although there were four huge funnels which rose over 70 feet tall, only three were actually used to expel gas. The fourth funnel was purely a design addition so that Titanic would look the same as other great ships. Titanic’s overall design was sleek and powerful, so the fourth funnel produced a look of pleasing symmetry.

In building the Titanic, skilled craftspeople worked alongside the steel workers and laborers to produce a ship that was as beautiful as it was vast. The first-class cabins were both comfortable and opulent. All around the ship were objects d’art and hand-crafted furniture enhanced by sumptuous upholstery. Functional elements of the ship were often hidden behind decorative items so as not to detract from its aesthetic appearance. The Grand Staircase is the defining example of the high-quality work of the craftspeople, where solid Irish oak banisters encased wrought iron grills. These were then decorated in the sophisticated style of Louis XIV.

In addition to being luxurious, the Titanic was also supposed to be superior in terms of its safety measures. Whilst ultimately, many of these failed, the intention is clearly shown in some of the design and when building the Titanic. The claim that the Titanic was ‘virtually unsinkable’ rested on the ship’s 15 watertight bulkheads that divided the hull into 16 watertight compartments. Watertight doors were designed so that they could seal off the compartments in an emergency, thus allowing a safe evacuation of passengers. However, their potential was limited and when the iceberg was hit, the first six compartments were flooded and these measures failed, fatally.

The motivators for building the Titanic were progress, competition and status. For the White Star Line, in an age of new and great technological advancement, building a ground-breaking superliner was prestigious and lucrative. For those who worked on the Titanic construction, their efforts, labor and skill, set new standards in luxury travel, even if their work was short-lived.