How Big Was the Titanic 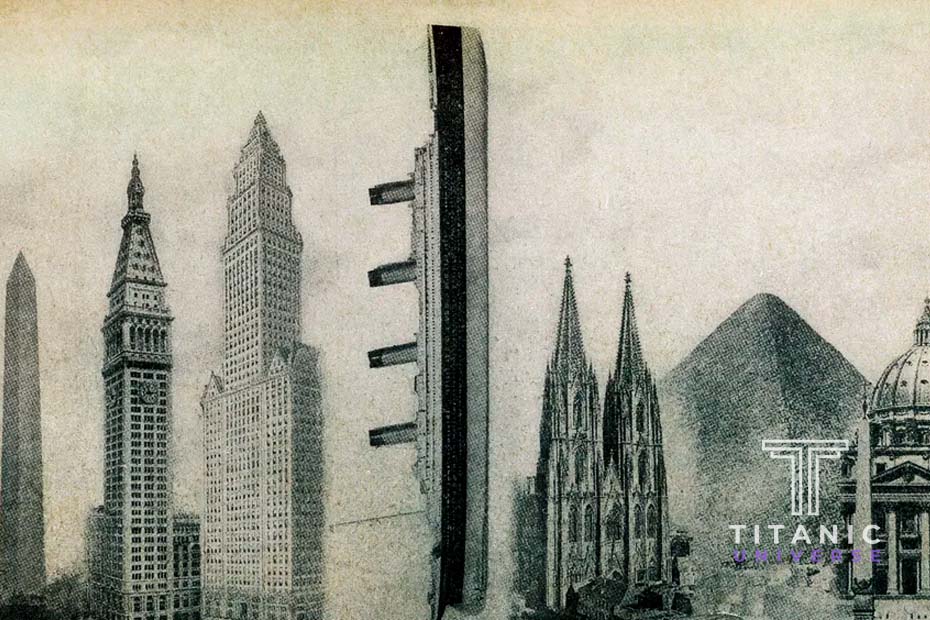 The Titanic is famous today as one of the best-known maritime disasters in history, a significant factor of which was her size. In fact, even the name Titanic is a nod to her proportions, a reference to the Titans of Ancient Greek mythology that were said to be giants who proceeded the Olympian gods. Unfortunately, there was an element of premonition in this naming, as the Titans famously fall and are defeated in the old stories. Such names and links evoke the scale of such a vessel, but exactly how big was the Titanic?

The Titanic’s length was 882 feet 9 inches, with a width of 92 feet inches at the widest point and a height of 175 feet when measured from the very bottom, or keel, to the top of the funnels. When at sea, the visible part of the ship was 59 feet tall from sea level. In total, the Titanic weighed 46,328 tonnes.

To put all of that into perspective, an average yacht is anything between 30 to 100 feet in length. The height of the Titanic, at 175 feet, would be roughly that of a 16 storey building. Even at the time, size was a big selling point of the Titanic and adverts compared her length to significant buildings of the day, showing her outsizing the Washington Monument and the Pyramids of Giza.

However, maritime engineering has moved on since 1912 and today, many modern cruise liners are, in fact, much larger than the Titanic was. For comparison, a typical contemporary cruise ship can be about 1,100 feet in length and weighs closer to 225,000 tons. So what was the big deal, and why was size such an important feature of the original Titanic?

First of all, at the beginning of the twentieth century, the demand for ships making the journey from the United Kingdom to the United States of America was high. Wealthier travellers looked more and more to the journey itself as part of the experience, expecting luxurious facilities and entertainment on board. For many ordinary people, travel to the Americas still presented the opportunity for a new start in a new country.

The White Star Line that commissioned the ship was in strong competition with another shipping company, Cunard, who had recently launched the fastest passenger ships in the world: the Lusitania and the Mauretania. In a bid to catch up with their competition, White Star Line set their sights instead on size and created three ships that were to be the largest in the world at that time, including the Titanic, known as Olympic-class ocean liners.

Although they were never to know at the time, hindsight can tell us that size may have also been a contributing factor in the sinking of the Titanic. Claimed to be “unsinkable” due to a specially designed hull that featured enclosed compartments intended to fill with water without this spreading to or affecting other areas, the Titanic still sank after it collided with an iceberg. The iceberg had even been noted by the lookout fleet of small boats that went before the ship herself and the crew had been notified. However, the sheer size and weight of the ship may have been one of many factors that prevented changing the course of the vessel in time, even after having been given warning of the danger.

In addition, once the damage had been done to the hull and water started to enter into too many of the unique compartments, it has also been observed that the weight of the Titanic would have contributed to the speed with which it sank. With a significant amount of extra weight created by the engines and turbines at the rear of the vessel, these pulled down on the stern and caused the liner to break in half, ultimately hastening her demise

So when we ask how big was the Titanic, we are touching upon a factor driven by the hopes and ambitions of the White Star Line and which may have contributed to the loss of many of the unfortunate souls who sailed in her.