Lifeboats of the RMS Titanic 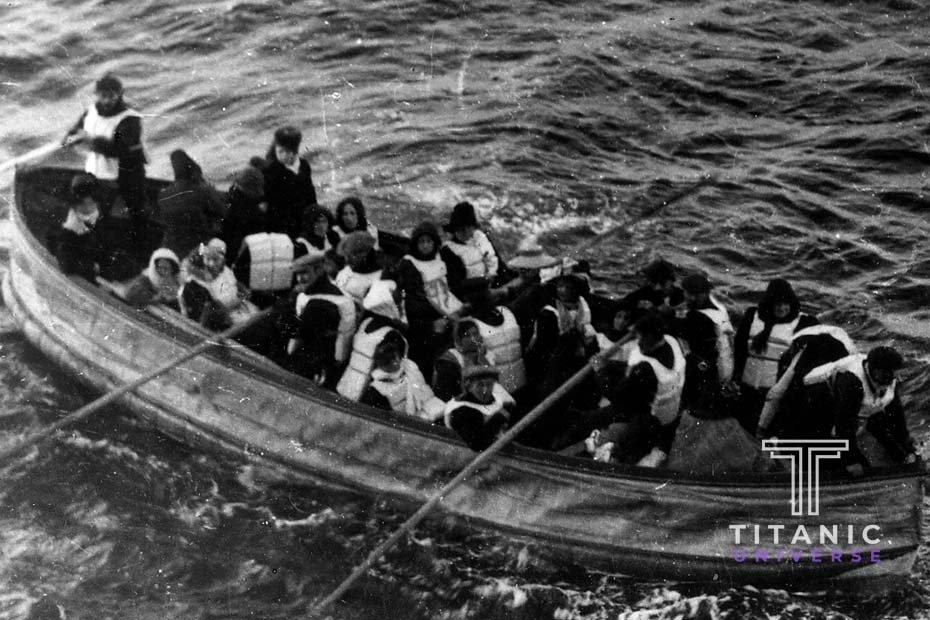 In a ship that cost $7.5 million to build (about $400 million by today’s standards), you would think that cost-cutting on lifeboats would be the last thing anyone would do, but incredibly, that is exactly what its owners White Star Line did. They also felt it would look unsightly to have the deck cluttered with lifeboats. One of the original proposals was for the Titanic to have the capacity for carrying 48 lifeboats, ample room for everybody on board but the British Board of Trade regulations at the time stipulated that any vessel over 10,000 Tons should have a minimum of 16 lifeboats.

The Titanic eventually set sail with 20, enough for 52% of those aboard, thereby exceeding the regulations. The fact that these regulations dated from before the era of mammoth ocean liners of which the Titanic was just one, seemed to have passed everyone by. In our modern world of safety first, there would have been no issue as to how many lifeboats were on the titanic – it would have been of paramount importance.

Titanic lifeboats, what types and sizes did it have?

Further addressing the question as to how many lifeboats were on the titanic, of the 20 aboard, the most common type was the standard lifeboat of the era. This was a classic planked wooden vessel, measuring about 30 feet long and 9 feet wide, made of oak and elm with yellow pine planking. The Titanic had 14 of these, each with a capacity of 65 people. In addition, the Titanic’s complement of lifeboats included 2 emergency cutters. Measuring about 25 feet long and 7 feet wide, these were slung over the side of the ship, ready to be deployed in an Emergency such as man overboard. The cutters had a smaller capacity than the standard lifeboat, each being able to hold 40 people but had the advantage of a mast and a sail. The last 4 lifeboats were the collapsible type known as Engelhardt boats. These were about 27 feet long by 8 feet wide and were stored at various points along either side of the deck, each one had a capacity of 47 people.

Was it really women and children first?

Yes, at about 12.30 am on that fateful day, the crew began loading the lifeboats, with women and children given priority. Many of the passengers had presumed the emergency signal was just a ship’s drill and remained in their cabins. The first lifeboat that left had only 28 people on board despite its capacity of 65. Some of the crew were concerned that the winch mechanism lowering the boats down would break under the strain. It later transpired that the crew had been insufficiently trained in not only operating the equipment but in general emergency procedures.

It was expected that lifeboats, once in the water would come back and pick up survivors, but only 4 of the 14 lifeboats launched eventually returned to the wreck for fear of being swamped with desperate people. To further compound the problem and reduce capacity even further, two of the collapsible boats had been washed from the deck as the ship sank. In the end, 1,503 people did not make it onto a lifeboat, many going down inside the ship. Others who made it off the boat could not get to a lifeboat and succumbed to the cold waters of the Atlantic. The closest ship to the Titanic, the Carpathia was some 58 miles away when it received the distress call and did not start picking up survivors until 4.10 am, sadly too late for many.

As we can see, setting aside Captain Edward Smith’s fateful mistakes that led to the disaster, it was further compounded by cost-cutting, a complete lack of forethought, a crew poorly trained in the event of an emergency, and finally by the British Board of Trades Regulations failing to keep up with a world of fast technological and industrial change. How many lifeboats were on the Titanic would have certainly been a factor in all of this. Far too many people died simply as a result of being unable to find a place on a Titanic lifeboat.