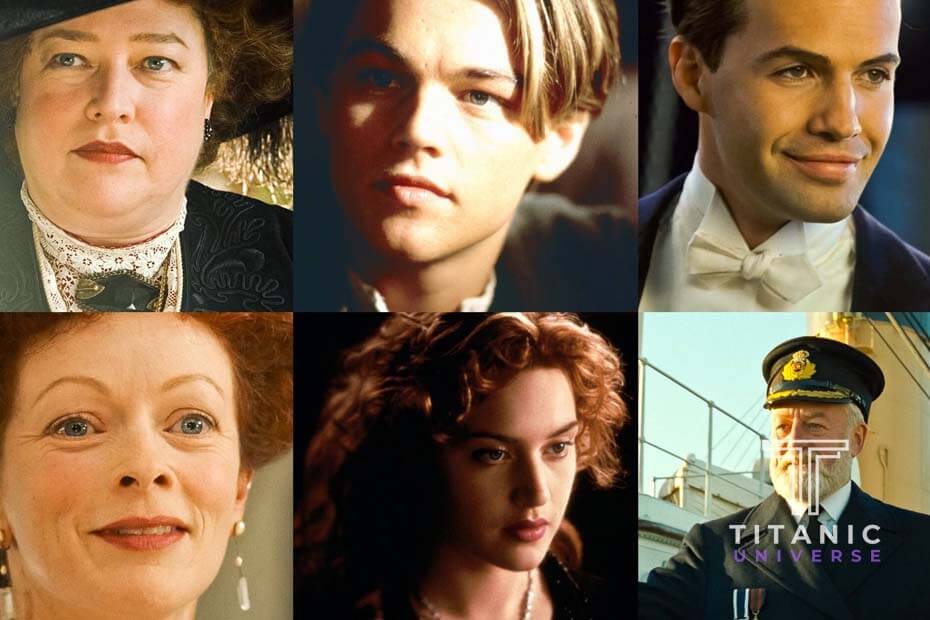 The James Cameron blockbuster Titanic was the highest-grossing film of its time (and is now in second place behind Avatar) and its depiction of the sinking ship has made the film a Hollywood classic. This film contains a rich cast full of talent that supplied memorable performances. Here is a little about the cast and crew that helped propel the Titanic film into the limelight.

DiCaprio is the film’s focal point, a poor immigrant who wins two tickets to travel on the unsinkable Titanic during a game of poker. While aboard the Titanic, he meets Rose Dewitt Bukater (Kate Winslet), who he saves from jumping from the ship at one point. As Jack begins showing the buttoned-up Rose how to have fun and embrace life, they begin to forge a forbidden relationship due to Jack’s low social status. A talented artist, Rose allows Jack to sketch her wearing only the Heart of the Ocean, a magnificent necklace given to her by her fiancé (Hockley). When Hockley discovers their relationship, he imprisons Jack in the Master-at-Arms quarters. Once the ship strikes the iceberg, it becomes a race against time for Rose and Jack as they must find a way to escape the doomed vessel.

Rose Dewitt Bukater was 17 during her voyage on the Titanic. She boards with her fiancé Caledon Hockley (Billy Zane), and her mother, Ruth (Frances Fisher). Although a wealthy young woman, she struggles with being forced into an arranged marriage by her overly controlling mother. In desperation, she tries to commit suicide by throwing herself overboard but is saved by Jack Dawson. After getting to know Jack, she learns he is a talented artist and allows him to draw her, wearing nothing but the Heart of the Ocean, an extravagant necklace Hockley gave her. When the Titanic begins sinking, Rose and Dawson must attempt to escape the ship while evading Hockley and his manservant Spicer Lovejoy (David Warner). You can read more about Kate Winslet here.

The wealthy fiancé of Rose Dewitt Bukater, Hockley is the quintessential businessman and certified jerk. Playing the film’s main antagonist, Hockley, after learning about the relationship between Jack and Rose, becomes obsessed with imprisoning them aboard the doomed vessel. With the help of his servant Spicer Lovejoy, Hockley numerous times imperils the young pair of Bukater and Dawson and even resorts to firearms at one point. Master manipulator and deceiver Hockley, after attempting to kill Jack and Rose, boards a lifeboat with a stranger’s child.

Molly Brown was one of the actual passengers aboard the Titanic, also depicted in the film. Although she plays a relatively minor part in the Titanic movie, the genuine Margaret Brown was a socialite responsible for convincing one of the lifeboats to return to the wreck’s site to search for survivors. Because of this heroism, Margaret was named the ‘unsinkable Molly Brown. Check out our post on Molly Brown to learn more about her fascinating story.

The mother of Rose Dewitt Bukater is responsible for the engagement between Rose and Cal Hockley. She believes she knows what is best for her daughter and that her marriage to Hockley will alleviate her financial problems. Her husband’s death left the family in debt, and she strives to maintain her high societal status. Even though Jack loves Rose and saves her daughter’s life, she scorns him due to his low-class status.

To present a historical narrative, Cameron added a character who survived the wreck of the Titanic. Gloria Stuart plays the part of Rose Dewitt Bukater, depicted many years after the Titanic disaster. She gives Brock Lovett (Bill Paxton) information on the Heart of the Ocean after he discovers the drawing of her wearing the necklace. The movie is Rose’s recollection of the events during the sinking of the Titanic.

A fictional treasure hunter in search of the Heart of the Ocean, he finds himself quickly running out of money for his expedition. When he finds the drawing of Rose Dewitt Bukater in an old safe, he finds Rose Dawson Calvert and hears her accounts of the Titanic’s maiden voyage.

Named after the real captain of the Titanic, Captain Edward Smith plays a minor role in the plot of the film. However, he is still depicted as a heroic ship captain (a reputation that extends to the natural history of the Titanic). In the film, he dies clinging to the ship’s wheel as water bursts through the bridge windows. There is a debate as to whether he died this way or whether he froze to death. He was last seen near the overturned collapsible lifeboat B.

Servant to Caledon Hockley, Lovejoy is one of the film’s primary antagonists. Often used as a spy for Hockley, this ex-constable plays bodyguard and a servant to Hockley and harbors absolute distrust and dislike toward Jack Dawson. This fictional character is responsible for carrying out a large portion of Cal’s dirty work, including attempting to murder Jack Dawson.

Named after the actual builder and designer of the Titanic, Andrews is portrayed as a modest and pleasant personality. After the collision, he convinces passengers that the ship sinking is a ‘mathematical certainty. In the film, he is last seen standing next to a clock lamenting his inability to design a safer vessel. The real Andrews died during the ship’s sinking, and accounts highlight that he helped others to safety, putting their lives even above his own.

A historic first-class passenger aboard the Titanic, the movie casts him as a rich and ignorant man who convinces captain Edward Smith to speed up the clip of the vessel for early arrival. Some historical perspectives believe that the speed of the actual Titanic played a part in its sinking, but there is not enough physical evidence to tell. Ismay is last seen sneaking onto a lifeboat, ignoring the ‘women and children first’ standard of evacuation.