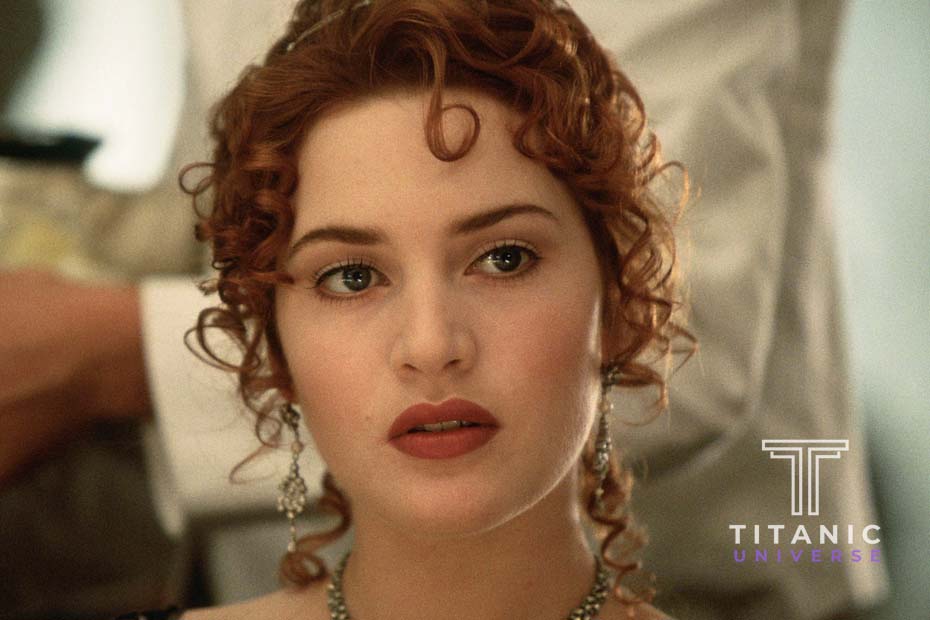 The story of Rose Dewitt Bukater is one of joy and tragedy, with the dramatic backdrop of the sinking of the Titanic. Played in the movie as a young woman by Kate Winslet, Rose’s love story with Jack Dawson is a classic doomed romance.

Seventeen-year-old Rose is travelling first class on the Titanic from Southampton, UK to New York. The Titanic was billed as an unsinkable ship and was designed as the height of luxury. This is her maiden voyage and the liner sets sail with pomp and celebration from the docks. There is another side to the passenger list however, with second and third-class passengers making their way into the lower decks.

Rose is making the trip with her mother Ruth and fiancée Caledon Hockley, or Cal. She’s not in love with Cal. Her father’s death leaving significant debts has threatened the family’s lavish lifestyle and Ruth has pressured Rose into making a profitable marriage to the wealthy Cal. Cal tries to express his love to Rose with a gift of a necklace, a superb gemstone named the Heart of the Ocean.

Realising she doesn’t love Cal and is facing a life conforming to the social strictures of well-to-do New York, Rose attempts suicide by leaping off the stern. She is rescued from her attempt by Jack, a third-class passenger. Twenty-year-old Jack won his passage on the Titanic in a poker game and is an artist, earning his living making street sketches. Jack reveals the excitement of third-class steerage parties and drinking to Rose, and they fall in love after talking into the night.

The barriers of the class system are key elements in the romance. The friendliness and lively partying of the third-class areas contrast strongly with the staid and constricted first-class lounge. Rose’s exposure to Jack’s life shows her what she has been missing. Mollie Brown, a feisty first-class matron, sees the value in Jack and lends him clothes to fit into the social scene. The character of Mollie is based on a real Titanic passenger who unsuccessfully urged half-empty lifeboats to return to the wreck site to pick up the dying passengers.

In the movie, Jack is a hit in the first-class dining room with lively stories of his life. However, Rose is warned away from Jack by her mother, and Cal’s manservant is appointed to spy on them. This opposition drives the lovers together, and Jack and Rose kiss on the bow of the Titanic in the light of the setting sun.

Rose decides that she wishes to be sketched by Jack, wearing only the Heart of the Ocean. In her suite, she strips and lies to pose while Jack completes her portrait. Rose intends this as a wedding gift for Cal, so it is placed in his safe. Realising they are being watched by Cal’s manservant, they try to escape, locking him in a room as they reach the cargo hold. There, in a car, they make love.

As Rose declares her love for Jack and her wishes to be with him when the boat gets to shore, the Titanic hits the iceberg. Determined to secure her future, Rose and Jack tell Ruth and Cal of their love and desire to be together. Cal responds with anger and seizes Jack in an attempt to have him arrested.

The Titanic is slowly sinking and Rose manages to find Jack locked to a pole in a room that is rapidly flooding. Using an axe, she manages to release him and they struggle to the deck. The chaos and terror reinforce the class distinctions between the passengers, with many third-class passengers trapped below decks. The ship’s crew are enforcing a ‘women and children’ first policy in the lifeboats. Rose is forced by Cal and Jack onto a lifeboat, but she leaps back onto the ship to be with Jack.

After fighting their way through the sinking ship, it eventually starts to disappear beneath the waves. Jack finds a door floating in the sea, which Rose is able to lie on. Jack can only hang onto the side in the freezing waters. After professing their love, they express their hopes and dreams for life, after which Jack dies and slips away to the bottom of the ocean.

Rose reappears after many years, played as an older woman by Gloria Stuart. After being rescued from the wreckage, Rose declared her name as Dawson and lived the happy life that Jack had described for her.

In 1996, treasure hunter Brock Lovett has been investigating the treasure of the Titanic wreck and is searching for the Heart of the Ocean. Brock has found Cal’s safe with the picture of Rose wearing the gem, which is seen by Rose on TV. Rose contacts Brock, and ends up on his research vessel to tell her story. At the end, Rose drops the Heart of the Ocean into the water.

In the final scene, Rose is asleep in bed. In her dream, she is 17 years old again, walking through the glorious Titanic. She smiles and greets the people she knew. At the top of the staircase, she sees Jack and kisses him to applause from everyone.

Whilst the story of Rose Dewitt Bukater is a romantic tragedy, it is also a story of the persistence of love, and of love across class barriers. There is a quiet mystery at the end – is Rose dreaming, or has she joined Jack at last?