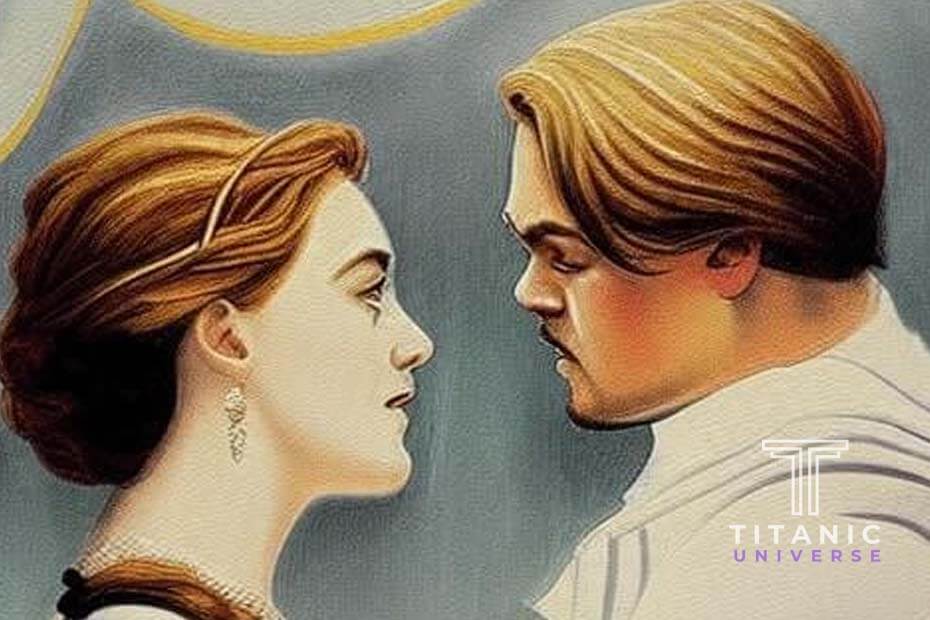 The Titanic movie is still the second biggest movie of all time, and one of the most famous scenes from that movie has to be the infamous drawing scene in which Rose Dawson is naked, and asks Jack Dawson to please draw her wearing an incredibly large ocean-blue diamond on a jewelled chain.  Some people who love the Titanic movie claim that the drawing scene is their favorite one of the movie, but here are some interesting facts about that scene that will make Titanic fans every happy to read about.

Fact #1: The very first scene of the Titanic movie that was every filmed is the scene in which Jack draws Rose in the nude.

Imagine how terrifying it had to have been for Kate Winslet and Leonardo DiCaprio, two people to have never met before to suddenly find themselves face to face, and having to do a nude scene together. What also makes this first meeting even more embarrassing is the fact that the infamous Titanic drawing scene is pretty much in the middle of the movie, and by this time, both Jack and Rose are starting to feel things for one another. Talk about two very gifted actors! The scene shows two people in love, and that is not something that can be easily done, yet Winslet and DiCaprio make the viewer believe that they are in love even though in real life the two had barely met.

The Titanic drawing scene was the first meeting between two people who are playing two people who are falling in love, and one has to draw the other nude. So if you are Kate Winslet, who is wearing nothing more than a robe, and are wondering just how to break the ice, what would be the best way to get the awkwardness out of the way? Winslet had a very simple idea… she opened her robe and flashed her nude body to Leonardo DiCaprio, which made them both laugh so they could film the scene now without this cloud of embarrassment in the air.

Fact #3: Leonardo DiCaprio flubbed a line, but James Cameron liked the very Freudian slip and left it in the movie.

During the Titanic drawing scene, when Rose drops her robe and is now naked before Jack, the young man points to the couch, but instead calls it a bed. The truth was that the line was just for Jack to say to go to the couch, but a clearly nervous DiCaprio actually made a mistake with the line, but Cameron loved the way it came out so he decided to leave it in the movie.

Fact #4: The hands drawing Rose are not Leonardo DiCaprio’s, but instead belong to James Cameron.

One would never have guessed that Leonardo DiCaprio has no drawing skills after watching the way that Jack draws Rose. However, the fact is that DiCaprio did not draw Rose, those hands, who is also drawing Rose right handed, belong to James Cameron, who just happens to be left-handed. Also, Cameron not only drew Rose, but he also drew every single sketch that Jack is carrying around in his little leather binder. This very famous Titanic drawing scene just goes to show that James Cameron is a man of many talents including drawing!

The movie Titanic is the second largest movie in the world, and for everyone that starred in it, it was an experience they will never forget. One of the most famous scenes in the movie is the Titanic drawing scene in with Jack draws Rose in the nude wearing nothing but a giant blue diamond.  The scene has been referenced many times, and in many different ways, but no matter how it is depicted it is considered to be one of the best scenes in the whole Titanic movie.  For people that watch Titanic over and over again, and love that drawing scene, there are a lot of facts surrounding it that those people may find very interesting, fun, and also hilarious.  Kate Winslet and Leonardo DiCaprio are the perfect pair because of their chemistry, and now that people know the trivia behind their famous Titanic drawing scene, they can appreciate their acting talent even more.