Millvina Dean – The Last Survivor of the Titanic 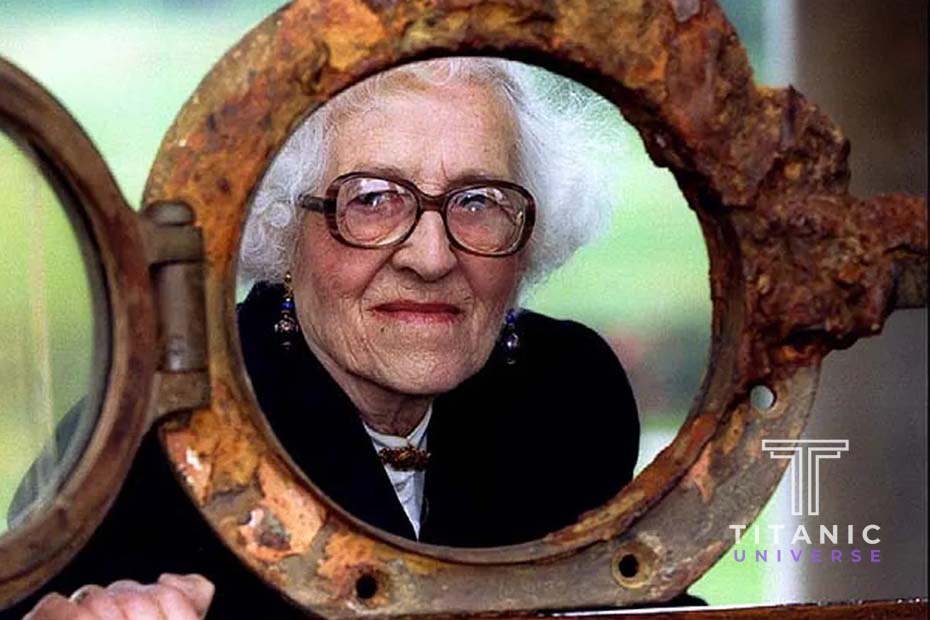 Born on the 2nd of February 1912, Millvina Dean was carried in her mother’s arms onboard the Titanic as her parents and brother headed for a new life in Kansas. Initially booked on another White Star Line ship, the family was transferred to the Titanic because of a coal strike and boarded as third-class passengers in Southampton on the 10th of April 1912.

Four days into the journey, awoken by the jolt of the Titanic hitting the iceberg, Millvina’s father, Bertram Dean, went to investigate. Returning, he told her mother, Georgette Light, to dress and take the children on deck. Millvina believed that his actions saved his family’s life, saying in a later interview that he didn’t take a chance and that he wouldn’t believe that the Titanic was unsinkable.

Millvina, her mother, and her brother Bertram boarded lifeboats and were picked up by the RMS Carpathia. Sadly Millvina’s father drowned when the Titanic sank on the 14th of April 1912. Millvina Dean became the youngest survivor, later becoming the last survivor of the Titanic.

After her husband’s death Georgette Light returned to England with her children onboard the Adriatic. As the youngest survivor, Millvina Dean was already a celebrity and passengers onboard the Adriatic lined up to cradle her, resulting in a ship’s officer declaring a ten-minute time limit on holding her.

With no home, clothes, or means of support, Millvina’s mother took the family to live with her parents in Ashurst in the New Forest, not far from Southampton where the family had set sail for their new life only a few weeks before. Millvina and her brother were raised and educated through support from charitable organizations set up for Titanic survivors.

Millvina did not recall the tragic events of the Titanic and only learned about them when at eight years old, her mother, wanting to remarry, told her about the circumstances surrounding her father’s death.

Millvina trained as a secretary and, during WWII worked for the British Government as a cartographer before working for an engineering firm in Southampton. Millvina Dean never married, although she had a lifelong companion, Bruno.

For most of her life, Millvina deliberately stayed away from any public interest in Titanic, never disclosing publicly that she was a Titanic survivor. It was after the wreck of the Titanic was discovered in 1985, sparking a new wave of interest in the Titanic, that Millvina Dean, now in her 70s, stepped into the limelight.

In 1987, on the 75th anniversary of the sinking of the Titanic, Millvina attended an event in Southampton and was subsequently invited to speak at an event in Boston the following year. From then on, Millvina embraced her celebrity status and traveled widely, participating in conventions and exhibitions, taking part in documentaries, and giving interviews on television and radio. She also entered into personal correspondence with people asking for facts and information about her, even those asking for trinkets such as a lock of her hair. Having not traveled on a ship since the Adratic in 1912, Millvina finally sailed to New York aboard Queen Elizabeth 2 in 1997.

Millvina never watched James Cameron’s 1997 Titanic film, fearing that it would make her think about her father and what he might have gone through when the ship went down. She did watch the 1958 film, a Night to Remember, but stated she had nightmares after seeing it and from then on, she refused to watch films made about the tragedy.

Millvina’s health began to decline, and she attended fewer events after breaking her hip in 2006. She canceled her attendance in 2008 at an event in Southampton to mark the 96th anniversary of the sinking after developing a respiratory infection. By December 2008 she was struggling to pay the private medical bills incurred since breaking her hip and auctioned family heirlooms, including a suitcase given to her mother in New York after the sinking and a letter to her mother from the Titanic Relief Fund.

The Millvina Fund was set up by various Titanic Societies to help with her care costs. After being challenged by an Irish Journalist and Author Don Mullan to match the monies raised for the Fund through his photographic exhibition, James Cameron, Leonardo DiCaprio, Kate Winslet, and Celine Dion, each contributed $10,000.