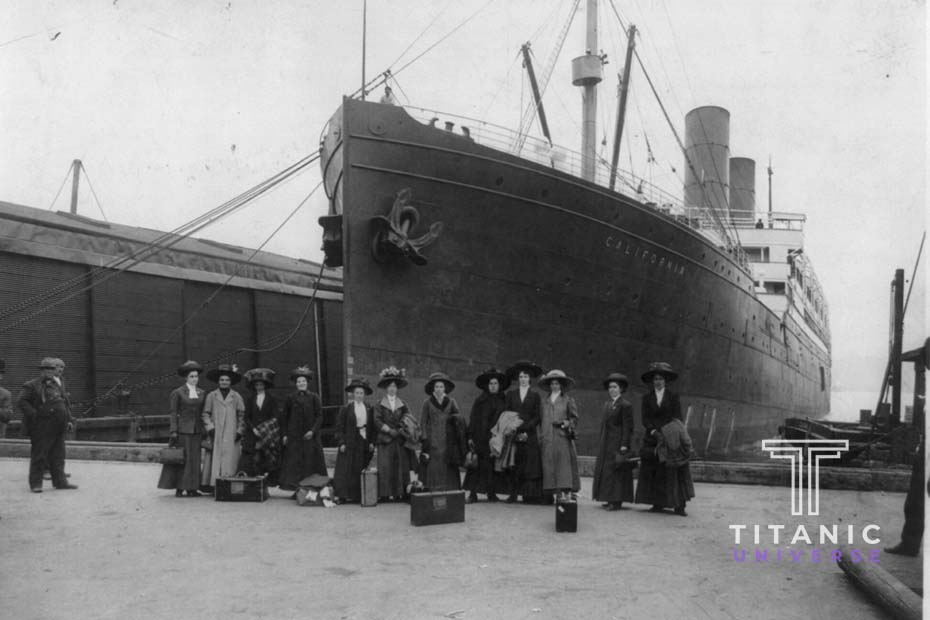 The Story of the SS Californian

Long criticized and reviled as the ‘Ship that watched the Titanic Sink’, the SS Californian has a history every bit as intriguing as that of the Titanic. Commanded by Captain Lord, an experienced Master, the SS Californian’s actions on the night of the 15th April 1912 have long been a subject of debate.

The SS Californian was a steamship owned by the British company, Leyland Line, and registered in Liverpool. Weighing 6223 tonnes, she was built as a cargo ship predominantly to transport cotton from America, however she did have space for 47 passengers (those who could not afford the prices charged by liners such as the Titanic could travel in the less comfortable conditions aboard cargo ships).

In 1912, the SS Californian was commanded by Stanley Lord, who was 34 at the time. Lord was a very able sailor, having achieved his Master’s and Extra Master’s Certificate by the age of 23, which was an exceptionally young age at which to reach these qualifications. Lord commanded several vessels and was highly regarded as a clever officer and expert sailor.

The SS Californian’s Role in the Titanic Disaster

On the night of the 5th April 1912, the Californian departed on a voyage from London to Boston, Massachusetts. Helmed by Lord, it also had three officers and an apprentice onboard. On this voyage, the Californian was carrying cargo but no passengers.

For the first week of the journey, the Californian made good progress. On the night of the 14th April 1912, however, Lord sighted ice ahead of the ship and ordered a sharp left turn to avoid it. He also gave the command to turn off the engines. Ahead of them lay a huge ice field, which is estimated to have stretched around 30 miles into the distance, and about which other ships traveling in the same direction had issued warnings. This was Lord’s first experience of such heavy ice and he decided to remain where they were and try to proceed in daylight. This was later described as a sensible course of action by other experienced captains.

– After they had stopped, the SS Californian radioed the Titanic at around 19:00 to warn her of an ice field.

– As Captain Lord went off duty (he had been on duty for around 17 hours that day), he sighted the lights of the Titanic. The Californian again radioed the Titanic to advise that they had stopped for the night because of the ice. The Titanic’s radio operator was busy with passengers’ messages and told the other radio operator to ‘Shut up’. The Californian shut down their radio at around 11:30 pm and the wireless operator went to bed. It’s worth noting that wireless technology was a relatively new addition to most ships and had not been embraced fully by all captains.

– At around 23:40, the Titanic struck an iceberg and sent up distress rockets. Lord was woken and informed of this and he suggested trying to contact the Titanic with a message over a morse lamp. Lord was not sure if the rockets were distress signals, believing that they could be the Titanic communicating with another ship from the same line in the area.

– The Californian arrived at the site of the Titanic’s sinking at the same time as the Carpathia ship, which was rescuing survivors from the water. The Californian stayed behind to continue searching for survivors before continuing on its journey to Boston.

No formal criminal charges were ever brought against Lord, but inquiries held after the events by The United States Senate and the British Wreck Commission concluded that his actions as captain had been ‘reprehensible’. These inquiries argued that the Californian could have done more to rescue passengers from the Titanic had Lord responded immediately to the Titanic’s distress calls. However, some experts argue this may not have been the case as the Titanic’s position was not clear, meaning that Lord may not have been any closer than the Carpathia.

It was later discovered that the Titanic sank 13 miles away from her given SOS coordinates however, at the time of the inquiry, it was deemed that the Californian had also not given its correct coordinates when stopped by the ice. It is possible, however, that more could have been done to help the Titanic, had the crew of the Californian woken their wireless operator and told him to ask why the Titanic was sending up rockets.

A subsequent investigation held by the Marine Accident Investigation Branch concluded in 1992 that, although Lord’s inaction was strange, the Californian could not have done any more to rescue survivors. However, Lord’s actions were widely condemned by the public after the event and his life story after the Titanic is tragic. He commanded several ships during the First World War but struggled to clear his name throughout his life. Lord’s wife died in 1957, causing his health to decline, and he died in 1962.

Interestingly, the SS Californian was also sunk, only a few years after the Titanic, when she was struck by German submarines during the First World War. Her final resting place is unknown.