Triumph or Tragedy? Why Titanic Continues To Hold Sway Over Our Imaginations 106 Years Later 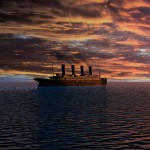 From the news of its construction to the launch of its maiden voyage on April 10, 1912, the great ship Titanic was a marvel of its age. Its opulent first-class amenities were the stuff dreams were made of, and its sheer size amazed every passenger who boarded her. Titanic’s sinking and the deaths of over 1,500 passengers and crew in the early morning hours of April 15th shocked the world; however, unlike other tragedies of the time, Titanic has never faded from the collective consciousness of the world. It continues to endure, and the reasons why are as compelling as they are surprising.

Titanic was notable for more than its size: the passenger list for its maiden voyage was more than impressive as well. Because the ship was steaming back to New York, it carried with it the business and societal gentry of the time, including millionaire John Jacob Astor IV and international fashion designer Lady Duff Gordon. The wealthy and privileged enjoyed the very best accommodations aboard ship, including lavish ten-course meals. 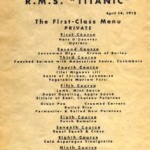 This glimpse into the world of the rich and famous and how classes operated, even when they were sharing limited space, is one of the reasons Titanic hasn’t faded into history. Class lines were drawn so clearly, even during the sinking, which is evident by a comparison of the deaths of first-class passengers to third-class individuals. For example, only one child from first class was lost in the disaster as compared to 52 in the third class. Some might argue that death does not discriminate; however, in the case of Titanic, it is certainly interesting to consider how class and wealth played a distinct role in who lived and who died.

2. The Real Stories of Human Survival

Few incidents grip people as those that tell stories of human survival and triumph over death. Even with all the technological advances humanity has made, death is the one great constant none can cheat or avoid, so tales of survival against all odds, like those that came out of the Titanic sinking, are told and retold. 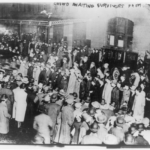 One popular piece of survival lore from the famed ship’s sinking is that of Charles Joughin, Titanic’s chief baker. The British-born Joughin survived for nearly two hours in the frigid waters of the North Atlantic before being pulled into a lifeboat and suffered only a case of mildly swollen feet. It is said that the baker survived because he’d been drinking liqueur just after the ship’s impact with the iceberg. While Joughin’s name might not be as well known as Bruce Ismay or Molly Brown, two other famous survivors, he and those who managed to escape death in the icy water continue have held sway over many people’s imaginations ever since.

3.  The Macabre Draw of Death

It can be argued by the long-standing and varied history of horror movies, books and true crime television shows so prevalent in Western culture that humanity has a relationship with death that is part terror, part fascination. The Titanic sinking is one of the best examples in recent collective memory that gave us such a personal glimpse into the experience (with perhaps the exception of the 9/11 terrorist attacks,) as so many intimate accounts were told by survivors. 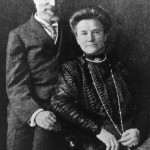 One of the most heart-wrenching tales is that of Isidor and Ida Straus. The couple had been married for many years, and as Ida set one foot into the lifeboat, she then looked back to her husband and stepped back onto Titanic, declaring to her maid, “I will not be separated from my husband. As we have lived, so will we die, together.” The loving couple and parents to seven children were last seen standing on the ship’s deck, arm in arm. Ida’s body was never recovered, but this testament of everlasting love and courage in the face of death is one that allows the legacy of Titanic to endure.

From the glimpses into the secret lives of the rich to tales of death and destiny, Titanic remains in the forefront of history for many reasons. The tale of the sinking and the people who endured it may be told and retold in the future, but one thing is for certain: triumph, tragedy and the human condition will always lie at its heart.