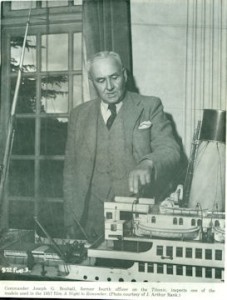 On April 15, 1912, the biggest ship in the world, the RMS Titanic sank into the waters of the North Atlantic.  Up until the Titanic sank, it had been hailed as being the biggest ship in the world, was called practically unsinkable, and the richest men and women in the world were traveling aboard the beautiful ship in First Class. The Titanic was celebrated for being a floating palace filled with luxury, and the ship itself, was a great example of the progress of mankind, and the men who built her felt like they were the kings of the universe.  When the Titanic sank, it was something that no one expected, and the shock wave from it could be felt all around the world, and a Fourth Officer named Joseph Boxhall saw it all.

The Aftermath of the Titanic Sinking

There were only 705 survivors of the Titanic sinking were alive in 20 lifeboats that the mighty ship had carried.  The wireless operators had been in contact with the one ship that was supposedly within range to help the Titanic, which was the Carpathia. The four hour journey only took three and a half hours, and the survivors owed their lives to Captain Arthur H. Rostron and his crew. Fourth Officer Joseph Boxhall was among the survivors that were picked up, and once all the survivors were picked up, the smaller ship headed for New York.  It took the Carpathia four day to sail to New York, and it arrived on Thursday, April 18th.  Once back in New York, the Titanic Inquiry began the next day, and one witness was Fourth Officer Boxhall, who testified until he, and the remaining Titanic officers left American on May 2nd. The officers all sailed on the RMS Adriatic, and returned to England. When it was time for the British to have an inquiry, once again, Boxhall testified, and he gave a lot of important information including all the iceberg warnings and seeing a ship that was close to the Titanic’s location.

Service To White Star Line After the Titanic Sinking 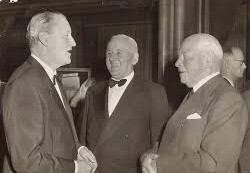 Once the inquiries were over for the Titanic, Joseph Boxhall went back to work. Boxhall joined the crew of the RMS Adriatic as its fourth officer, and he still maintained his career in the Royal Navy Reserve reaching the rank of lieutenant.  When the first World War broke out, Boxhall served on the battleship, the HMS Commonwealth for a period of one year.  After the war, Boxhall returned to the White Star line in 1919. In 1926, Boxhall joined the crew of the RMS Olympic, the sister ship of the Titanic. For the next seven years, Boxhall served on the Olympic, and when White Star merged with Cunard in 1933, he was promoted to the Chief Officer of the ship RMS Aquatania.  Because of the Titanic incident, no surviving officer was even given his own command, and after 41 years at sea, Boxhall returned in 1940. 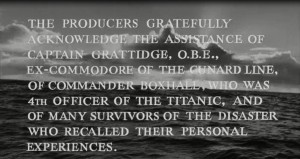 Joseph Boxhall survived the Titanic sinking, and once he retired, he had a hard time speaking about what happened that terrible night.  However, one way that Boxhall dealt with the tragedy was to serve as the technical advisor for the Walter Lord book, A Night To Remember that was going to be made into a movie.  Boxhall’s information helped make the movie very accurate, and there were also other Titanic survivors who contributed information to both the book and movie.  The only other time that Boxhall was able to speak about his Titanic experiences was when he gave an interview to the BBC in 1962 where he spoke at length about what happened that horrible night and everything he had seen.

Boxhall’s health began to get bad, and he ended up hospitalized.  On April 25th, 1967, Joseph Boxhall died of a cerebral thrombosis at the age of 83. The last will and testament of Boxhall stated that he wished to be cremated, and his ashes were to be transported to the last known position of the RMS Titanic. Boxhall’s ashes were sprinkled around the Titanic wreck site, and the Fourth Officer joined the rest of his crew at the bottom of the sea.

Rest in peace, Fourth Officer Joseph Boxhall, you will never be forgotten, and may you finally have some peace.