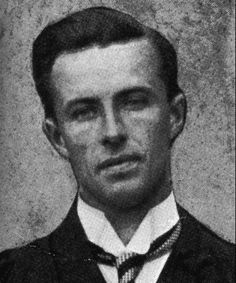 Among the 705 Titanic survivors, there was a science teacher named Lawrence Beesley. The fact that Beesley had survived the disaster as a man was surprising, but he was not branded a coward because of the circumstances of his being saved. As the number 13 lifeboat was being lowered, the crew member in charge of it saw that there was room for more people, and he saw Beesley standing on the deck and called out to him. The crew member asked Beesley if there were any women and children around him, and he replied that there were none because Beesley was all alone. Because Lawrence Beesley was alone, the crew member ordered the young science teacher to get into the lifeboat.  If not for the crew member, Beesley would have been among the lost on that tragic day that the RMS Titanic sank.

The Early Life of Lawrence Beesley

Lawrence Beesley was one of eight children born to Henry and Annie Maria Beesley.  He was born on New Years’s Eve of 1877 in Wirksworth, Derbyshire, England.  He excelled at school from an early age, and won many prizes for his academics especially his science.  Beesley’s first job was teaching at the school in his hometown of Wirksworth, but then he was offered a position at Dulwich College. Beesley was working at this very college when he decided to go to Toronto to see his recently widowed brother and young son. In order to go visit his family in Toronto, Beesley had to resign from his job as a science professor at Dulwich College, and bought his ticket on the RMS Titanic. 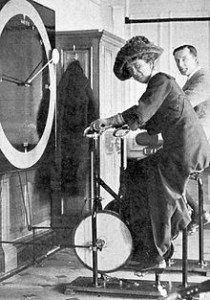 Beesley boarded the RMS Titanic as a second class passenger, and his cabin was on D-deck. On the night of April 14, 1912, Beesley was in bed reading a book when he suddenly noticed that something had happened because the mattress he was lying on was still. After so many days at sea , Beesley had gotten used to the motion, but now all was still. Getting up, Beesley opened his door and saw a steward in the hall, asked what happened, and was told that there was no reason for concern. However, Beesley was not convinced that everything was fine, and went back into his room to get dressed. By the time Beesley got up on A- Deck, and he watched as the lifeboats were starting to be lowered into the water.  When he saw what was going on, Beesley returned to his room, dressed in warmer clothes, and managed to put a few books into his pockets before returning to the boat deck.   Now safe in a lifeboat, Beesley got a front row seat to the Titanic’s sinking. Beesley was able to see the ship’s final moments including the lights going off and on before her final plunge.  Beesley, and the occupants of lifeboat number 13 were floating in the ocean until the Carpathia arrived and began picking up the survivors. Shortly before 5 in the morning, Beesley’s lifeboat was picked up and he was safely on board.

Life After the Titanic Sinking 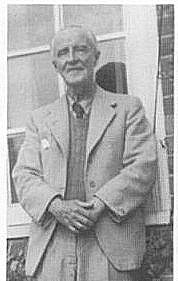 Once Beesley, and the other Titanic survivors got to New York City, the science teacher began immediately recounting his experiences and wrote a book a called, The Loss of the SS Titanic. Beesley’s book was one of the very first to come out, and was actually released in June of 1912, which was only three months after the Titanic went down. In the book, he gave a lot of details of everything he remembered. The book was quite successful, and is still considered a great record of the disaster.
In 1958, when the movie, A Night To Remember was being filmed, there is a story that an elderly Lawrence Beesley entered the set where the famous movie was being filmed and tried to go down with the Titanic during the famous sinking scenes.  However, Beesley was spotted by an actor on the set, who altered the director, and the elderly gentleman was stopped before he could accomplish his goal. Perhaps, Beesley was trying to correct a wrong, or perhaps, he just wanted to experience the sinking in a way that would not threaten his life. 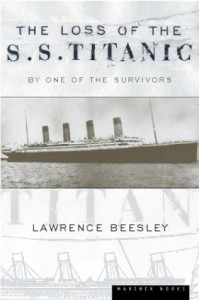