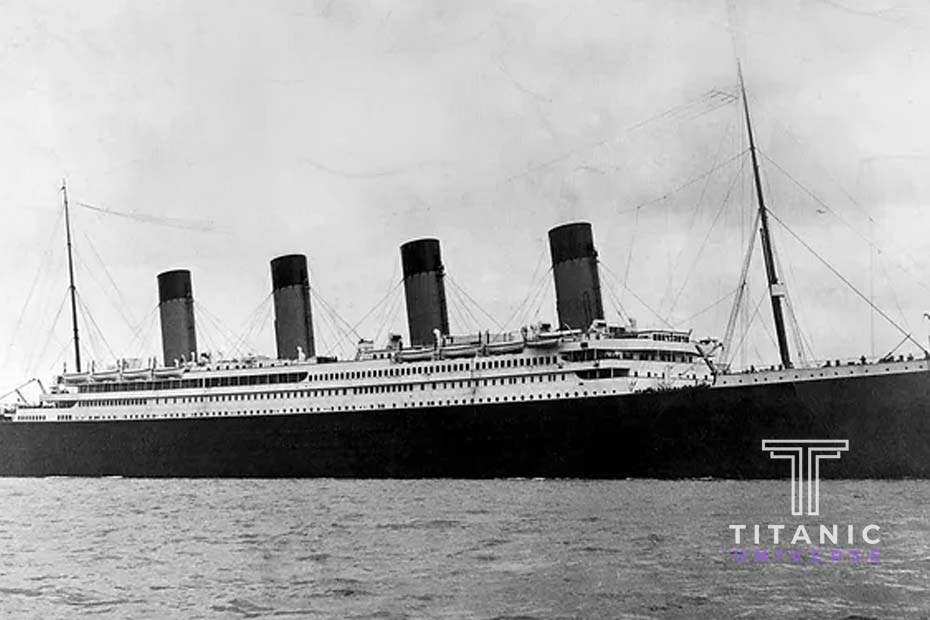 The Titanic (1912) had two sister ships. These were RMS Olympic (1911) and RMS Britannic (1915). All three ships were constructed by the British shipping company, White Star Line, with the ambitious intention of being the biggest and most luxurious passenger ships ever to sail the seas.

The White Star Line was facing increasing competition from its rivals, Cunard Line, who had recently launched the RMS Lusitania and RMS Mauretania in 1906. In addition to this, the existing leading White Star Line ships, RMS Teutonic and RMS Majestic, were now appearing outdated in comparison to their competitors. So in response to these mounting factors, White Star Line began developing plans for a trio of ocean liners that would not only be bigger than any passenger ship that had been built before, but would be unrivalled in terms of comfort and luxury.

White Star Line chairman, J. Bruce Ismay and the American financier J. Pierpont Morgan began discussions in 1907. As quickly as 1908, plans for the three ships were being developed by Belfast-based shipbuilders Harland and Wolff and work on creating the Olympic-class ocean liners began that very same year.

Construction and Features of the RMS Olympic

The shipbuilders started with the Olympic, although at this stage, the ship was unnamed. It was, therefore, simply referred to as ‘Number 400’ as it was the 400th hull that the Harland and Wolff shipbuilding company had constructed. Three months later, work also began on the Titanic. From this point, the two sister ships were constructed alongside each other. The keel of ‘Number 400’ was laid on December 16th, 1908. Just 22 months later, the RMS Olympic was complete and she was finally launched at 11am on October 20th, 1910.

At her launch, the RMS Olympic weighed over 45,000 tons. The length of the ship was 882 feet 6 inches and she measured 175 feet high from the top of the funnels to the bottom of the keel.

Inside, the Olympic was comprised of 10 decks with accommodation for first, second and third-class customers. Facilities for third-class passengers were quite reasonable compared to the accommodation of other ships of the era. Second-class passengers could expect to enjoy facilities such as a smoking room, library and fine dining, but it was the first-class passengers who really benefited from the emphasis on luxury that Ismay and Pierpont first envisioned. Turkish baths, a swimming pool, a gymnasium and a choice of ambient dining spaces from a dining saloon to a palm-tree adorned Veranda Café. Many of the features aboard the Olympic were identical to those of the Titanic, including the lavish grand staircase that was a symbolic statement of grandeur in all three of the sister ships.

The 24 Year Career of RMS Olympic

When the Olympic began her maiden voyage on June 14th, 1911, she was the largest ship on the ocean and the very first of a new breed of passenger ships that would come to be known as superliners. The Olympic set sail from Southampton and reached her destination of New York on June 21st. The excitement and interest around the arrival of the new liner was unprecedented. In New York, 8,000 visitors boarded the ship to admire the vision of extravagance the new liner represented. And over 10,000 witnessed her depart New York for her journey home.

But her triumphant beginnings as the world’s first superliner were soon to be overshadowed by a series of unfortunate incidents and the onset of war.

On September 20th, 1911, the Olympic was on her fifth journey when she collided with the British cruiser, HMS Hawke in the waters of the Solent, near Southampton. The collision resulted in the creation of two large holes in the hull of the Olympic. Luckily, no one was killed or seriously injured in the incident, but the Olympic had to return to the Harland and Wolff shipyard in Belfast to undergo repairs using parts from the Titanic, which was still under construction at that time. This put the Olympic out of action for 6 weeks.

When the Titanic sank on April 15th 1912, Olympic was traversing the Atlantic approximately 500 miles away. On hearing the distress call of the stricken liner, the captain of Olympic, Captain Herbert James Haddock, ordered a new course at full speed to try and reach Titanic. RMS Carpathia, reaching the scene first, communicated with Olympic to inform them that their pursuit was in vain, as all who could be saved had been saved. In October of that same year, the Olympic returned again to Belfast in order to make safety upgrades in response to the tragedy of the Titanic, including an increase in the number of lifeboats on board from 20 to 68.

Less than three years later, on September 1st 1915, the British Government requisitioned Olympic for use in the First World War as a troopship. Now armed with 12-pounders and 4.7 inch guns, Olympic was capable of transporting up to 6,000 soldiers to war campaigns across Europe. Despite the constant threat of U-Boats, Olympic survived the war and even earned the nickname ‘Old Reliable’ for her service.

In the years following the war, Olympic resumed service as a commercial passenger liner and remained popular and profitable throughout the 1920s. However, the 1930s marked the end of this golden age, marked by yet another collision, this time with a Nantucket lightship on the approach to New York. The incident claimed the lives of 7 men.

Finally, after 24 years in service, RMS Olympic completed her final voyage in 1935, arriving back in Southampton on April 12th. The economic repercussions of the Great Depression and the emergence of faster, more sophisticated liners saw a decrease in the number of passengers on Olympic and by 1937, the superliner that had once dominated the seas in terms of her size and her grandeur, had been dismantled.