How Long did it Take to Build the Titanic? 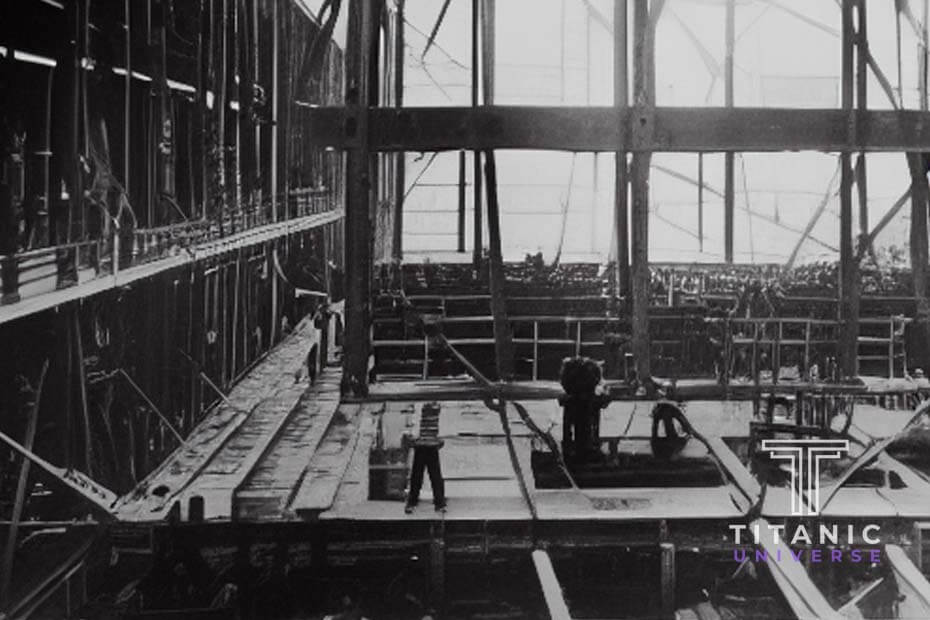 The Titanic began construction on the 31st March, 1909 in Belfast. While the hull was completed on 31st May, 1911, the total construction took three years.

Engineered to be the largest and most luxurious steamship in the world, the Titanic was indeed a marvel of modern engineering. Deemed virtually unsinkable, the massive Titanic was owned and operated by the White Star Liner and was registered at the Liverpool port.

The Titanic was designed with the latest technology and what they thought was the utmost craftsmanship. Using the latest technology and a vision of marvelous things in store, the Titanic plans were introduced in 1909, and the ship was put into action on May 31st, 1911. Construction was headed by Harland Wolff shipyard in Belfast, Ireland, and the Titanic was designed to be a bigger and better version of her little sister, the Britannic.

Titanic construction was funded by American industrialist J.P. Morgan and ended up being 882 feet, 9 inches long, and 92 feet wide. The Titanic could carry 3,547, making it the largest passenger vessel of its time. The ship came with every luxury one would want from a cruise liner.

More than 15,000 men were employed during the Titanic’s construction. Historians believe that shoddy craftsmanship in some areas may have been why the Titanic sank into the Atlantic during its maiden voyage.

Although expected to use the latest technological advancements, many historians have found large quantities of slag in the rivets that held the Titanic together. Reports from Harland Wolff allegedly speak of a lack of skilled riveters available, and it is thought that they simply settled for sub-par work. When the Titanic hit an iceberg on April 14, 1912, it is believed that the hull buckled, and the rivets holding the ship together popped right out. The sinking of the Titanic is an event that shook the entire world and still sparks interest today.

With the Titanic’s 100th anniversary quickly approaching, many individuals are asking questions about the Titanic and its short life. From keel to completion, the Titanic was speedily built and appeared unsinkable. The modern marvel of engineering and luxury may have seemed like a perfect vessel, but many questions its integrity and those who oversaw the construction.

Whether or not the building of the Titanic was the best it could be is not necessary. What is essential is remembering the legendary vessel, those lost during its sinking, and the idea of the largest unsinkable passenger ship ever to have been built.