Titanic: A History in Photographs 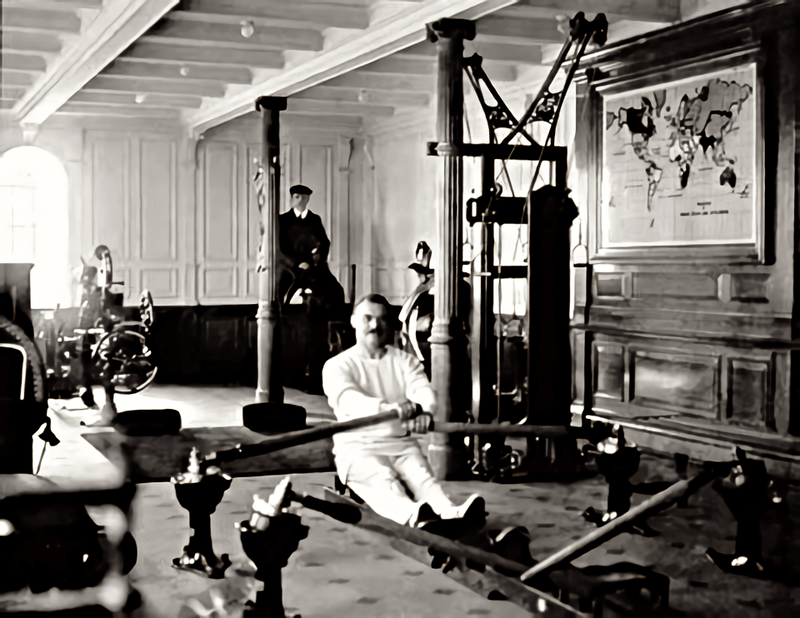 Professional and amateur Titanic historians alike use a variety of information to learn about the great lost ocean liner, which struck an iceberg on its maiden voyage from Southampton to New York City on April 14th and sank to the bottom of the North Atlantic Ocean in the early morning hours of April 15th, 1912. More than 1,500 passengers lost their lives and to this day, many historians continue to study the tragic incident.

At the time of Titanic’s launch and sinking, the medium of photography was still in its infancy; however, the history of the ship was captured with a variety of photos, both before and after the sinking, that still resonate with the people who view them.

Titanic’s roots lie in Belfast, Ireland, at the Harland and Wolff Shipyard. It was here that workers laid the great ship’s keel on December 16th, 1908, at yard number 401. The ship took shape on slips number 3, next to her sister ship, the Olympic, which was being constructed at the same time. The gantry created over both slips dominated the shipyard and, at the time, was the biggest in all the world.

One May 31st, 1911, shipbuilders completed Titanic’s exterior and launched her from the slip without the engines intact. It took over a year for designers to complete the lavish interior, which included the iconic grand staircase. The staircase was considered by many to be the crowned jewel of the massive ocean liner and continues to capture people’s imaginations today.

The Ship of Dreams Launches

Upon Titanic’s completion, the ship was one of the most luxurious and largest ocean liners of her time. Nicknamed “The Ship of Dreams,” she boasted a height of 175 feet and was as wide as a football field. Titanic featured ten decks plus one for the officers’ quarters and offered its passengers amenities never before seen on any ocean liner, including a full-sized swimming pool and a Turkish bath. Of course, some of these lavish spaces were reserved for those holding a first-class ticket.

Titanic launched for its maiden voyage on April 10th, 1912, with 2,222 passengers and crew members on board. The ship launched from Southampton dock and was photographed by Francis Godolphin Osbourne Stuart, a Scots-born photographer living in the area at the time and documenting life in the city via cabinet and postcards. Passengers thrilled to all the ship had to offer, from delicious meals to entertainment and the best of shipboard comforts.

While the passengers of Titanic no doubt looked forward to reaching New York and whatever awaited them, many would never reach their destination. On the evening of April 14th, Titanic struck an iceberg after captain E.J. Smith ignored ice warnings in the area and the crew failed to spot the massive ice mass too late. It punched holes in the side of the ship and it began to sink bow first as its lower compartments flooded.

In a rather cruel twist of fate, it took Titanic nearly three hours to sink to the bottom of the North Atlantic and while more people might have escaped, many believed it would stay afloat and remained onboard. When the sinking was over, 1,500 men, women and children were dead, many of them steerage and crewmembers. Those that made it into lifeboats had to brave out the freezing weather until the rescue ships arrived. The Carpathia picked up a majority of the remaining passengers as others arrived to recover bodies. As the weary and traumatized passengers boarded Carpathia, those already on board tended to them with a change of clothing and warm blankets.

It would be decades before anyone saw Titanic again, with the initial discovery made by oceanographer Rob Ballard on September 1st, 1985. The expedition discovered debris along the ocean floor roughly 300 miles south of Newfoundland, and then came upon the rest of the ship’s remains soon after. Since then, experts and historians alike have debated how much longer Titanic will last before the North Atlantic claims her entirely.

Titanic’s history would likely not be as rich without the variety of amazing photos taken before and after her sinking. From it’s glorious reputation on the day of its departure from Southampton to the discovery of her watery grave, Titanic’s history in pictures continues to fascinate.