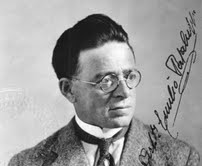 Everyone knows of the fictional love story between Jack Dawson and Rose DeWitt Bukater (who later called herself Rose Dawson) in the movie Titanic.  Reconstructed through interviews given to Italian reporters late in his life, the story of Emilio Portaluppi (and 37 other Italians on the ship) is told in a new documentary, “The Italians on the Titanic”.   The possibility of a real-life love story on the Titanic is very appealing…..

Emilio Ilario Giuseppe Portaluppi’s story begins on October 15, 1881 in the village of Arcisate, Varese, Italy where he was born to parents Carlo and Giuseppina.  One of at least 5 children, Emilio stood out as a child with unusual artistic ability.  In his adolescence, he was hired as a stonecutter.  Although the reason for coming to the United States is unknown, he sailed from Genoa and arrived on March 15, 1903.

He found work in Barre, Vermont but soon moved and settled in Milford, New Hampshire.  Shortly after, he married Enrichetta Bessoni, a young woman from his hometown in Italy who might have made the trip to America with him.  They had one daughter.  He worked as a stonecutter, designer and draughtsman for P. C. Felli & Co but due to his exceptional work was lured away to work at Tonella & Sons.  Here he worked on tombs, vaults and monuments as well as infrastructure work for the town.  At times, he was referred to as an artist and sculptor rather than a stonecutter.  When he taught in a design school during 1910-1911, he became very well known in the area.  In 1910, Emilio and Enrichetta separated.  She and her daughter went back to Italy permanently.

With his reputation growing, he was hired to work on the symbolic reliefs for the New York Stock Exchange Building and on the restoration of the Astor’s Beechwood Mansion in Newport, Rhode Island.  It was here he met John Jacob Astor IV and Madeleine, his wife.  Emilio never gave details on his “relationship” with Madeleine but it is said he had a crush on her.  Were his feelings returned?

In the Fall of 1911,Emilio went to Italy to visit family and was booked to return in April on the Oceanic II when he received a telegram from the Astors.  They were on their way home from a vacation in Egypt and invited him to join them on the Titanic.  It seems they wanted to discuss hiring him to create some statues for their Newport villa.  On April 14, he had joined them in first class for dinner and then went back to his cabin in 2nd class to retire for the evening.  He was shaken awake, and thinking they had docked in New York, went out on deck in his bathrobe.  When he arrived he realized something serious was happening so he went to get dressed.

There are several stories as to what happened next.  One version is when he came back on deck he was wearing a life jacket.  He jumped overboard, swam to a huge ice floe and was able to stay afloat until he was rescued by lifeboat 14.  Another version was that he tried to get into a lifeboat, lost his footing and fell into the ocean.  After he had been swimming in the icy waters for some time, Lady Astor saw him from lifeboat 14 and pleaded with the sailors to rescue him.  One version even had him getting on a lifeboat dressed as a woman because he was listed as Mrs. Portaluppi on the list of survivors.  Claudio Bossi, author of Titanic  wrote, “We will never know the truth.  It is possible that he managed to simply board a lifeboat and that he made up everything.”

He continued to be an adventurer… he fought for Italy in WWI.   After two more marriages and many visits back to Italy, Emilio took his final voyage home on the S. S. Cristoforo Colombo in 1965 at the age of 84.  He died at 92.

An old fashioned man by our standards, he never revealed the depth of his relationship with Madeleine Astor or if he ever saw her after their rescue.