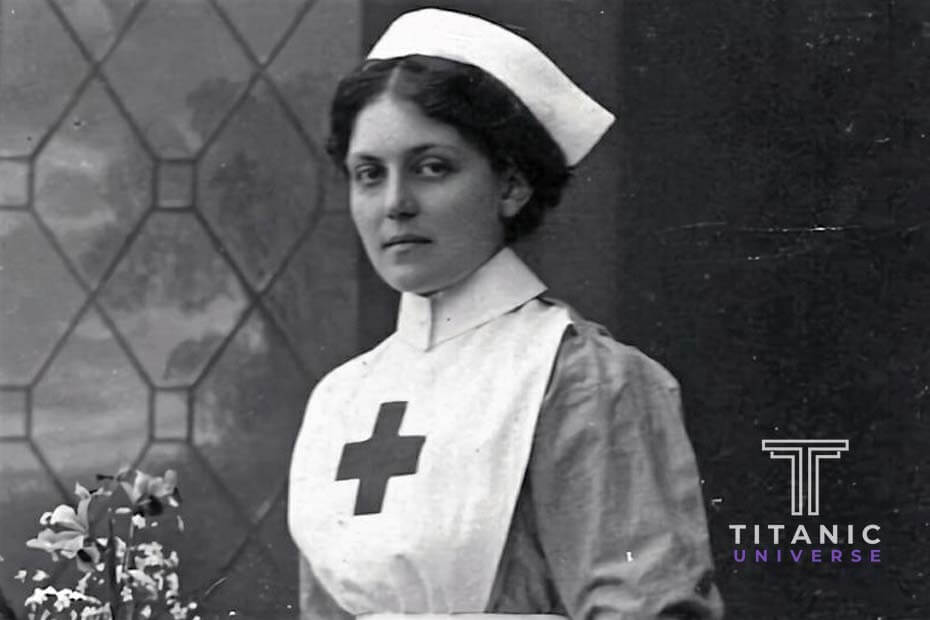 One of the most amazing stories of any Titanic survivors, Violet Constance Jessop was an ocean liner stewardess and a nurse who survived the sinking of both the RMS Titanic and the HMHS Britannic in 1912 1916. Even more amazingly, she had been aboard the Britannic’s other sister ship, the RMS Olympic, when it nearly sank after colliding with the HMS Hawke’s naval vessel in 1911.

Born to William and Katherine Jessop, Irish emigrants living near Bahia Blanca, Argentina, Violet was the first of nine children, six of whom survived. Violet herself almost died after contracting tuberculosis at an early age and survived despite the doctor’s predictions. After her father died, Violet and her family moved to Great Britain, where she attended covenant school.

Aboard the RMS Titanic, she worked as a stewardess on April 10, 1912, and four days later on April 14. When the Titanic struck an iceberg and began to sink late in the night, Violet described that she was ordered on deck, where she watched as the crew loaded the lifeboats. She recalls all of the events of the sinking of the Titanic in her memoirs. After watching people being loaded into the lifeboats, she was ordered into lifeboat 16, and as the boat was lowered, she was given a baby to look after. According to Jessop, while aboard the Carpathia, a woman grabbed the baby she was holding and ran off without saying a word.

During WWI, Violet served as a nurse for the British Red Cross. In 1916 she was on board His Majesty’s Hospital Ship Britannic when the ship struck a mine and sank in the Aegean Sea. While the ship was sinking, she jumped out of a lifeboat to avoid being sucked into the Britannic’s propellers. She was sucked underwater and struck her head on the ship’s keel before being rescued by another lifeboat. According to Violet, she made sure to grab her toothbrush before leaving her cabin on the Britannic and saying that it was the one thing she missed most immediately following the sinking of the Titanic.

After the war, Violet continued working for the White Star Line before joining the Red Star Line and the Royal Mail Line. During her tenure with Red Star, Violet went around two round-the-world cruises on the company’s largest ship, the Belgenland. In her late 30’s, she had a brief marriage, and in 1950 she retired to Great Ashfield, Suffolk. Years after her retirement, she got a telephone call from a woman claiming to be the baby she saved from the sinking Titanic. The voice on the other end simply asked if she had saved a baby on the night of the Titanic sinking. Violet replied, “Yes,” the voice said, “Well, I was that baby”, laughed, and hung up. Her friend and biographer John Maxtertone-Graham said that it was most likely some children playing a prank on her, but she told him that she hadn’t told anyone about the event before. The baby she saved was never positively identified.