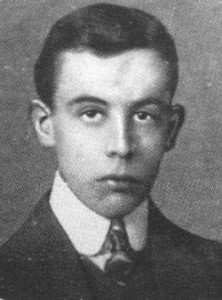 The night of April 14th, 1912, is one of the most memorable nights in all of history, and everyone in the world knows what the date means. The mighty ship, the RMS Titanic, was considered to be the biggest in the world, and at 11:40 PM, the big ship tried to turn out of the way of an iceberg in its path, and the two objects scraped against one another. The impact of metal and solid ice was so strong that some people were thrown out of their beds, and people in the lower part of ship heard the horrible scraping sound.   After the collision was over, Thomas Andrews was sent to figure out what had happened, and within minutes, the worst news ever came from his lips, and the Titanic had only one to two hours to live. Finally, Captain Smith came to the wireless room and told Harold Bride and Jack Phillips that they had to try and contact another ship to help them. Both Bride and Phillips were the only ones that could help the over 2200 people that were on board the Titanic, and there was suddenly a lot of pressure on the two Marconi radio operators.

The Birth of Harold Sydney Bride 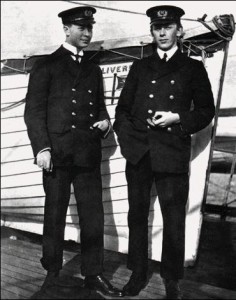 Harold Sydney Bride was born in a suburb of London, England named Nunhead on January 11, 1890.  Bride’s parents were Arthur and Mary Anne Bride, and Bride was the fifth and last child that the couple had together.  At an early age, Bride knew that he wanted to work with the Marconi wireless system, and started the training. By the time bride was 21 years old, he had completed the training to become a wireless Marconi operator.  As an operator, Bride was able to get a job on a number of different ships as a wireless operator including another famous ship that sank, the Lusitania. 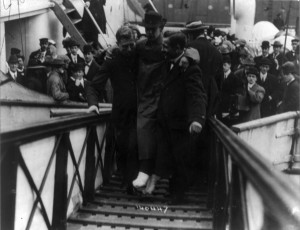 Harold Bride was barely 22 years old when he reported for duty on board the biggest ship in the world. Bride would be working under John Phillips, who was also known as Jack. The two Marconi wireless operators met up in Belfast, Ireland, when the Titanic was preparing to go to Southampton for its maiden voyage. The wireless room the two men worked at was simple, and they had one room that had a bed that they would take turns using when they were not on duty.  During the next four days, from April 10th to April 14th, the wireless room had been very busy. The passengers wanted to be in contact with their loves ones, and kept going to the purser’s office to fill out a form that would be sent to the people on land.  At one point in the voyage, the wireless telegraph broke, and for half the day, the two young men tried everything they could to fix it even though they had no training in how to do so. Finally, they were able to get the telegraph working again, and on the 14th, they were backed up with the messages and had a lot of lost time to make up for.  However, on the night the Titanic hit the iceberg, Harold Bride was in bed asleep. The impact woke Bride up, and shortly after midnight, Smith came in, gave their position, and told the two young men to get in touch with anyone they could to get help.  The most famous line of that horrible night was uttered by Bride who made a joke about the satiation and said, “Send SOS, it’s the new call, and this may be your last chance to send it!”  Though Bride and Phillips took turns sending messages, Phillips was the one that mostly communicated with everyone while Bride kept relaying messages to the bridge.  Finally, Smith released the two men, and by that time, the ship was going down fast and there was no more power to run the wireless.  In an effort to save himself, Bride helped with a collapsible boat, but was washed from the Titanic’s deck and ended up underneath the upside down boat. After 330 in the morning, Carpathia arrived and began picking up survivors, and Harold Bride was helped onto the rescue ship.  Bride had been underneath the upside down for some time, and as a result, his feet were injured and frostbitten. However, despite his injuries, Bride helped Harold Cottam, the Carpathia’s wireless operator, to send messages to shore about who had survived the Titanic sinking.

Harold Bride After the RMS Titanic 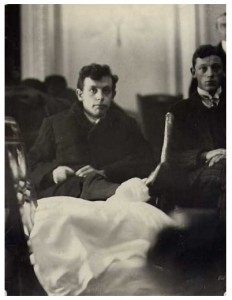 Harold Sydney Bride was a witness in both inquiries about the sinking of the RMS Titanic.  After Bride answered questions, and tried to explain as best he could what happened the night the Titanic went down, he mostly went on with his life and his career at sea.  Only a few months after the disaster, Harold Bride became the wireless operator on the SS Medina.  Bride was also a wireless operator during World War I, but after peace was declared, Bride and his wife Lucy Downie, moved to Scotland where he became a traveling salesman.  Harold and Lucy Bride had three children together, and in 1956, at the age of 66, Bride died of lung cancer. There is no marker for this courageous man, Bride was cremated, and his ashes were scattered to the wind.