Titanic Replica in China Nears Completion: What Does Its Future Hold?

Those who have always dreamed of boarding Titanic will soon get their chance, or at least a closely-replicated experience of it. A replica of the ship, which has been under construction in China since 2016, is finally starting to take shape. However, unlike the Titanic replica being funded under Australian businessman and politician Clive Palmer, this model will be permanently dry-docked in China for display purposes only. While this may not sound exciting, there is actually a great deal more in store for those who plan to visit this replica upon its completion.

This massive Titanic replica is the brainchild of Su Shaojun, who is currently president of Seven Star Energy Investment Group in Lishui, Zhejiang Province, which is located in southeastern China. Shaojun has always been a big fan of James Cameron’s Titanic and began to consider building a realistic replica of the doomed ocean liner as part of a theme park he’d been planning. 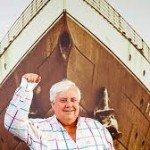 Shaojun began to realize his dream when he approached Zheshang commercial bank for a whopping $200 million loan to help fund it. By 2016, he was able to launch the project, and construction on the replica began. However, several years later, the project was hampered by rising steel costs and employees who were unhappy about undelivered wages. For a few months, it looked as if Shaojun’s dream might die before being realized.

2. The Dream Goes On

Fortunately, for the president of Seven Star Energy Investment Group and all those who dreamed of stepping aboard this callback to a time when mighty steamships ruled the oceans, economic factors changed and work on the Titanic replica resumed. Today, the ship, which is said to have cost $220 million to construct, is taking shape on the banks of the Qijiang River. While the ship will sit in drydock, those who visit it will thrill to the details they experienced from the beloved film, including an exact copy of Titanic’s grand staircase, where Jack and Rose had some of their most romantic and unforgettable moments. 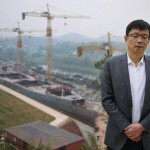 Shaoujun had a few ideas for his replica that would give visitors both a historical and Hollywood experience. For example, he and his team had originally planned to simulate the ship’s sinking as an interactive theme park experience; however, after receiving severe backlash from the public and from families who lost ancestors on that ill-fated voyage, he scrapped that idea and decided to make the replica the epicenter of a massive resort that he hopes will draw people from all over China and beyond.

3.  What Does the Future Hold For Titanic 2?

Shaojun hopes to raise a theme park around his Titanic replica, including the addition of hotels and indoor beaches. However, the ship will be the crown jewel of the attraction, where people can stay in majestic staterooms, just as the original passengers did. There will also be interactive tours of the ship’s grand staircase and boiler room to replace the plans for the ill-advised disaster experience. Eventually, the massive replica will be able to hold 2,400 passengers and over 900 staff, and Shaojun hope that those who visit will remember what Titanic represents to many people and that he and his company can capture the noble spirit of the original. While no date for the resort’s opening has been set, Shaojun has revealed that visitors to his Titanic will be able to enjoy on-board restaurants, a full-service bar, a ballroom, and a full-size movie theater. These amenities, along with the ship’s hotel rooms, are sure to draw thousands of curious and excited Titanic enthusiasts. One thing is certain: no matter what this amazing replica offers its visitors, they are sure to come away with an experience they will likely never forget.

What do you all think about Titanic 2?  Would anyone want to visit her? Are many people willing to pay so much money to visit her whether she is above or below water? A trip to see Titanic 2 may come at a high price, which begs the question… is it live or Memorex? Are Titanic historians even interested in this second new version of Titanic? What about Clive Palmer? There are a lot of questions being asked about whether this project will actually come to fruition, or will it once again fail to see the light of day? 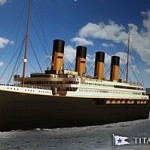