Titanic Cracker Goes Up for Auction and Sells 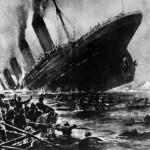 When the RMS Titanic sailed in 1912, the ship carried enough provisions for the 2200 people to be onboard the ship for a period of up to seven days. The cargo list for the ship was quite impressive, and only the best foods and drinks were available to accommodate the gourmet palates of even the richest people in the whole world. However, what the passengers did not know was that among the fancy meats and expensive wines was provisions just in case the worse should happen. On the night of Sunday April 14th, the worse did happen, and suddenly, 2200 people were told to get into lifeboats before the ship sank out from underneath them. However, once such item that was utilized to go into the Titanic’s lifeboats was crackers, and recently, one of these rare crackers was sold for over $23,000 US dollars.

The Provisions for Every Titanic Lifeboat 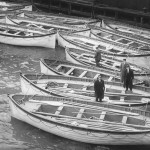 Even in these modern times, every lifeboat that is on every ship that is on the ocean, has to be equipped with certain things to ensure that the people on them will survive until  they are rescued. Modern lifeboats have things such as food, water, a compass, and first aid supplies in case there are injuries that need to be treated. However, these are for modern lifeboats, so what would the supplies be for a lifeboat in 1912 during the time of the Titanic and other ships? The answer is that the Titanic lifeboats was supposed to have food and water, and the food took the shape of loaves of bread and tins full of crackers.  Now, when hearing the word cracker, most people will naturally assume that the crackers are like the tubes of saltines or butter crackers that come in boxes, but these crackers are different. These crackers came in tins, and each cracker measured about 3.5 inches in size.  For those that study the Titanic, there was one of these crackers that survived the sinking, and it went up for auction and sold.

The History of the Titanic Cracker 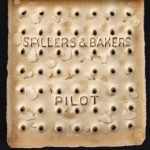 Students of the Titanic may be interested in how this fragile cracker could have possibly survived.  The night the Titanic sank, at first things were nice and calm because the passengers did not believe that they were in any real danger. As the ship began to sink lower and lower into the water, the people who were standing on her decks, began to see that the ship was truly in danger, and that is when things went from calm to much more panicked.  Imagine the chaos of trying to load all those people in the dead of night? How the lifeboats were still able to be stocked with provisions, amongst all that chaos, is nothing short of a miracle. The crackers were in a tin in the boat, and when it was lowered full of people, no one seemed to notice that it was there. Who found the cracker? A passenger on the Carpathia named James Fenwick, found the cracker, and not only that, but he took pictures of the rescue of the Titanic’s 705 survivors.  However, how it went from Fenwick to the auction house is somewhat of a mystery, but somehow it did end up going to the auction house.

The cracker, that was made by Spillers & Bakers, and has the name stamped on it, was kept in an envelope. The 103-year-old biscuit was put up for auction at Henry Aldridge & Son, and was sold to an unknown Greek collector. However, whether this collector will have the cracker put on display is not known at this time, but those that study the Titanic hope that the cracker will be loaned to a museum so people can see this amazing, and yet fragile, piece of the Titanic disaster that has remained intact for more than a century.

Who knew that a cracker that was made over 100 years ago could be worth so much money? The famous auctioneers,  Henry Aldridge & Son, put up for auction, a very delicate piece of the RMS Titanic’s history, a cracker from Spillers & Bakers. The cracker was found in a lifeboat, and the one who discovered it was a passenger on the Carpathia named James Fenwick. The cracker was put on display, and the final price of it ended up being $23,000 dollars. Though little is known about the buyer, it is a collector from the country of Greece, but the fate of this very special cracker is unknown at this time, and hopefully, it will be on display somewhere in the future.