Titanic at 100: Mystery Solved – The Best Titanic Documentary to Date 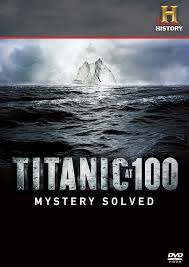 In 2012, the sinking of the RMS Titanic turned 100 years old. There were many things that came out to commemorate the occasion like books, authentic replicas for sale, movies being released on Blu-ray, and of course, there are were many documentaries that came out. While some documentaries were released on DVD for the first time, there was actually one brand new documentary that had the best Titanic experts in the world on the expedition ship so they could go down to the deep. The goal of this expedition was to map the entire Titanic wreck site, find some missing pieces, and take HD quality pictures of the giant ship.

When Dr. Robert Ballard found Titanic in 1985, he found the bow, then went straight ahead and found the stern section, which was about a half mile away. However, Bob Ballard and his team were in such awe of the ship, and no one can blame them for that, but out of reverence for Titanic, they kept their exploration down to a minimum. While it is understandable that Ballard did not want to do anything to cause the wreck of Titanic any harm, his lack of exploration in more areas around the ship was something that had never been done before. There was one exploration where two famous divers named John Chatterton and Richie Kohler, went away from the stern, and there they found the double bottom of Titanic’s hull.  However, Chatterton and Kohler did not go anywhere else, so there were piece of Titanic that have never been found.  The goal of the exploration was to take special new equipment from Woods Hole Institute, and do a complete scan to find all the pieces of Titanic that have never been accounted for including never-before-seen debris. There is also the section where the Titanic broke apart, and while artist Ken Marschall depicted this in a painting as the middle section disintegrating, this may not be the case.  When Titanic broke apart on the surface, her debris was carried away by the current, and up until now, no one has ever ventured out to find every single piece of the Titanic jigsaw puzzle. 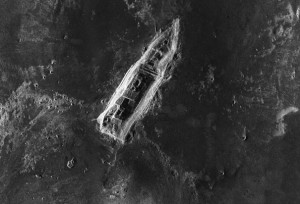 The Titanic survivors who witnessed the sinking all said the same thing: Titanic broke in half when she sank. However, Second Office Charles Lightoller, the most senior officer to survive, said that he saw her go down whole. Because Lightoller was an officer, his word was taken over everyone else. However, Lightoller was actually wrong, and when Ballard found the ship in two pieces, those survivors proved out to be telling the truth. A ship as massive as Titanic breaking up was described by survivors as a very violent thing to witness, and some even thought that some of her boilers had exploded.  The boilers had gone cold by the time Titanic took her final plunge, so there were no explosions, but the force of the breaking seemed powerful enough that the middle section that was involved could have easily been destroyed. While mapping the area around Titanic, explorers found the missing section that had thought to be a victim of the ship breaking apart. The middle section is the size of an apartment building, and it answers a lot of questions as to the breakup of the mighty Titanic.

In addition to the missing middle section, some very important pieces of Titanic debris was found that has never been seen before. Some items that were discovered were things like, lead glass windows form the First Class dining room, a revolving door to the Titanic’s Café Parisian, the lightning rod that sat atop the mast, a cluster of five boilers, and many more items that had never been photographed before. The documentary is probably the best that has ever been shown because the technology has evolved to the point where submarines no longer have to go down to the bottom of the ocean. Woods Hole Institute has two small torpedo-like scanners that used high definition scanners and state-of-the-art scanners to take pictures and videos of Titanic that are so crystal clear it is astonishing. Another technology the experts used was 3D, and were even able to recreate a CGI Titanic in a giant airplane hangar.  For anyone that has a lot of questions about the night Titanic went down will find a lot of answers with this documentary, but for Titanic enthusiasts, the mystery may never be solved even with the latest technology. There are some questions about the night of April 15, 1912 that may never be answered, and will continue to be asked long after Titanic herself has rusted away. 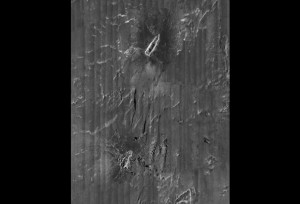