Helen Loraine Allison was just a two-year-old girl when her parents and her baby brother all stepped onto the RMS Titanic. On the night that Titanic struck the iceberg, the commotion of passengers and crew on deck was what finally woke the Allison family up and sent her father, Hudson Allison, out of the room to see what was going on. While Allison was gone, a steward came to all the First Class passenger came to tell her mother, Bess, that there was trouble and everyone had to put on lifebelts and get up on deck right away.  Bess did not take the news well, and she began to panic instead of jumping into action. With her mistress in a panic, Alice Cleaver, the Allison’s nanny, decided to save herself, and took baby Trevor with her. Bess and Loraine were now left alone to face whatever was in store for them that night.

The Sinking of the RMS Titanic and the Allison Family

By the time Hudson Allison got back to his fancy suite, he was missing his young son, the nanny that he paid a lot of money to, and his wife was in hysterics. Allison had been up on deck, so he knew what was happening, but he refused to break up the family. He insisted that Bess get dressed, dress Loraine, and the three of them headed out in search of Trevor. Little did the Allison’s father know that Alice Cleaver was already off the ship and had gotten into lifeboat number 11 right before it was lowered into the water.  The last place that the Allison’s were seen that night was on the promenade deck, still trying to find their son, not knowing that he was safe. Loraine Allison was the only child in both First Class and Second Class to die the night that Titanic sank. 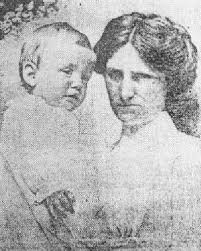 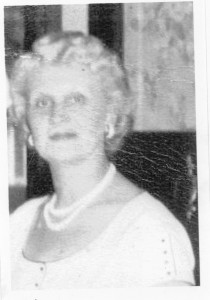 Finally, after more than 20 years after Helen Kramer died, the mystery as to whether or not she was Loraine Allison was finally solved.  The Loraine Allison Identification Project was established by people who wanted to know for sure whether or not Kramer was Allison. Tracy Oost, a forensic scientist, was able to obtain DNA samples from members of the Allison family and compared it to samples of the Kramer family.  The truth was finally revealed when the DNA results proved that Helen Kramer was not related in any way to the Allison family, and thus her claim to be long-lost heiress Helen Loraine Allison proved to be one of the oldest hoaxes in Titanic history.  The Allison was family was relieved that the mystery was finally solved, and that Hudson, Bess, and Loraine had indeed died while on the Titanic and although only  the body of Hudson Allison was found, the whole family can now finally rest in peace.