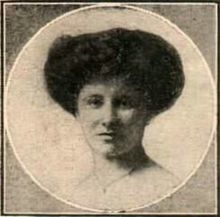 There were 705 survivors that escaped the sinking RMS Titanic on the night of April 14, 1912 (you can read more about survivors of this great tragedy here). The sixteen regulation lifeboats, and two canvas boats, got as many people as possible off of the doomed liner, and some of the most famous survivors of the disaster were the now widows of some of the wealthiest men in the world. However, not every person on the famous ship was rich, some were quite poor, and those stories are just as important as those that came from a life of wealth and privileged. One such passenger that survived the disaster was a woman named Gladys Cherry, who was traveling on the famous ship with the Countess of Rothes, Lucy Noel Martha.  Accompanying the two women was the countess’ maid, Roberta Maioni. While the Countess of Rothes got a lot of attention for her role in the disaster, Miss Gladys Cherry deserves some of that credit as well.

The Birth and Early Life of Gladys Cherry

Gladys Cherry was the youngest of three children born to J.F. Cherry, and Lady Emily Haworth, who was the daughter of the 18th Countess of Rothes.  Cherry was born on August 27, 1881, in Greenwich, England, and by the age of three, Cherry suffered her first blow in her young life with the premature death of her father.  Other than the death of her father, there is not much information about wwhat life was like for Gladys Cherry as she grew up, and the next time that Cherry is mentioned is when she boards the RMS Titanic with her royal cousin, the Countess of Rothes, Lucy Martha. 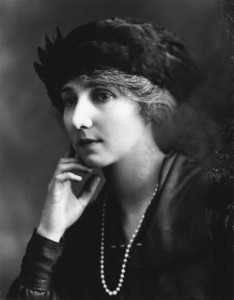 Because of her high station, the Countess of Rothes, and her cousin, Gladys Cherry were booked into First Class, and had a room on B deck that they shared. For the first four days, the voyage passed without incident, and on the night of April 14th, 1912, both women, and the maid, were resting comfortably in room B-77.  By 10 in the night, all the women in the room had gone to bed, and the sound of the Titanic hitting the iceberg is what woke up the Countess of Rothes. The countess was awoken by the noise, and when everything got quiet in terms of the engines stopping, she woke up her cousin to let her know that something was going on.  After Cherry was woken up, the Countess of Rothes opened a door to see if a steward was out there, and he told the women that they were stopped because of the many number of icebergs that were in the area.  Concerned about what the steward had said, the women went up on the boat deck to see what was going on.  As soon as the women got up on the boat deck, they saw the forward well deck covered with piece of ice, and they knew that something had happened and they might be in danger.  By this time, Captain Smith had come out of the bridge, and told the women, and other First Class passengers that were on the deck, that they needed to go back to their rooms, dress in thick warm clothes, get their lifebelts, and then come back to the deck so they could enter the lifeboats.  Gladys Cherry, the Countess of Rothes, and her maid, were all placed in lifeboat number 8.

Life After the Titanic Sinking

Gladys Cherry eventually got rescued by the Carpathia at around eight o’clock in the morning, and she and her cousin, were actually lucky enough to sleep in a small cabin while the ship travelled to New York City.  When she arrived in the Big Apple, Gladys Cherry met up with her brother Charlie, but after a few years in America, she returned to England.  Eventually, Gladys Cherry found love, and got married to a retired military officer named George Shaw Pringle. Cherry, and her husband Pringle, were married for over 30 years, but had no children.

On May 4th, 1965, Gladys Cherry Pringle died at the age of 83. At the time of her death, Pringle and her husband were living in Surrey in the United Kingdom.  Gladys Pringle’s final wish was to be cremated, her wishes were honored, and her ashes were scattered in her garden among the flowers she loved so much.