Is Clive Palmer Having a Replica of the Titanic Built? 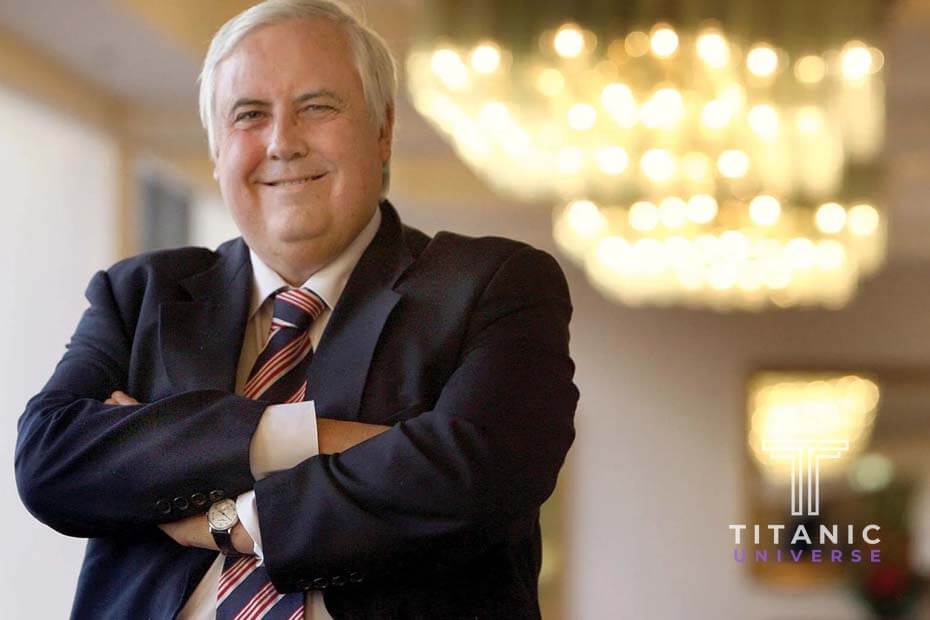 This 58-year-old Australian billionaire is planning on doing just that. Using copies of the original plans for the “unsinkable ship,” the design is being completed in Europe. The actual construction of the Titanic II will begin sometime in 2013 at CSC Jinling Shipyard in China and should be completed in 2016.

What’s New and What’s Not: Titanic II versus Titanic

The Titanic II will keep 98% of the original design. The other 2% will involve changes to modern standards and regulatory requirements, including being 4 meters wider to meet international safety standards on stability. Other changes include air conditioning, modern technology, internet access, and an extra deck to allow the bridge greater visibility over the bow. It will be powered by diesel fuel rather than coal.

When asked about lifeboats, Palmer explained, “The Titanic II will have “more than enough” lifeboats. All the lifeboats will have been tested by the oil industry and can survive in an open ocean with their hooded canopies and navigation equipment. We will also have replica lifeboats, just like the Titanic’s originals, but they will largely be for show.”

Titanic II will offer 840 rooms, nine decks, gymnasiums, swimming pools, exclusive restaurants, and many other new amenities. A near replica cabin will also include a small wooden cabinet. Inside will be a photo of the occupant(s) from the original voyage and whether they lived or died.

As with the original, the vessel will have three passenger classes. Palmer said, “If you want to travel third class, share a room, eat potatoes and stew, and dance an Irish jig, you’ll be able to.” He is taking great care not to “Disney-fy” this experience but wants to give people a chance to live through the adventure the ship initially intended for. Over 45,000 people have already inquired about traveling on Titanic II.

Some Background on Clive Palmer

Palmer Lives in Brisbane in the state of Queensland. He’s described as a maverick who likes to do ambitious things. His fortune is estimated at 8.4 – 15.7 billion USD, built through real estate and mining interests. When asked why he wanted to build a replica of the Titanic, he replied, “Because I can. Most people my age and means either want to retire or build a boat. I’m going to build a boat.”

In October 2011, a friend of Palmer’s, a researcher from Harvard Medical School, was visiting from the United States. They were watching a movie together when he noticed Palmer dozed off 4-5 times over 4 hours. Upon further questioning, he suspected Palmer had severe sleep apnea. He persuaded him to fly to Boston before Christmas to be treated at a Harvard sleep program run at Massachusetts General Hospital.

The diagnosis was confirmed. Palmer now sleeps through the night – having up to nine hours of quality sleep while he wears a CPAP machine that regulates the pressure of air going into his body. CPAP is an acronym for “continuous positive airway pressure. He uses a variation of the PAP system developed by Professor Colin Sullivan of the Royal Prince Alfred Hospital in Sydney, Australia. Palmer also credits this diagnosis as the reason for his continuous weight gain for several years previous.

So now we find a slimmer, happier, and more energetic Palmer ready to meet the enormous challenge of building Titanic 11.