The Life and Times of a Titanic Historian: Remembering Brian Ticehurst 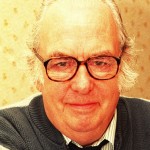 The story of Titanic, those who died aboard her and those who survived have always held sway over the imaginations of historians both professional and amateur. Some of these individuals even devote their lives to ensuring those involved with the Titanic disaster, which took place April 14th-15th of 1912, and one such man was Brian Ticehurst. Ticehurst, 82, who passed away at his Southampton home on November 3d after a long illness, spent much of his life documenting the passengers who lived in the area, as well as bringing their stories into the public light.

Over 500 of Titanic’s crew and passengers hailed from Southampton and accounted for almost a third of the people on-board. It was their stories that Ticehurst was most interested in and spent years speaking to families, friends and actual survivors, although their numbers were shrinking quickly. The last surviving passenger, Millvena Dean, was only two months old when she boarded Titanic with her mother, and passed away in 2009 at the age of 97.

Ticehurst was no stranger to gathering and broadcasting data, which may be one reason he was so successful as a historian. He was a radio operator and teleprinter for the Royal Air Force in his youth, and then worked for the Southern Daily Echo, a popular news, sports and leisure newspaper based in Southampton. He worked for the paper for well over a decade until his retirement and continued to contribute to Titanic lore.

2.  A Score of Contributions

There is little doubt that Ticehurst’s legacy is assured among those who know Titanic history, as his contributions will live on. He was one of the first to speak out against the use of the ship’s image in political cartoons or in any humorous vein, as he found it extremely disrespectful to the memories of those who died and was against public exploitation of the wreckage itself. 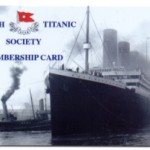 In 1987, Ticehurst helped found the British Titanic Society, which is still in operation today and accepting new members. The society is dedicated to helping anyone who visits or joins lean more about the Titanic itself, as well as the sinking. In addition, he published two works on Titanic: Titanic’s Memorials, World-wide Where They are Located (Occasional papers) and The Crew Of The Titanic – Who Were They? While these publications can be difficult to find today, they have been used by many other historians, students and scholars as the basis for research on other Titanic works. A granite replica of Wallace Hartley and the other Titanic musicians was erected in Southampton in 1990 thanks to Ticehurst’s lobbying, as he wanted to see the original, which was destroyed during the Second World War, replaced.

3.  A Score of Friends and Colleagues

Not only was Ticehurst well-respected in the Titanic community, he was also well-liked and known for being helpful to those who needed his assistance. He served as an expert witness in several different Titanic memorabilia court disputes and was known for being more interested in the people behind the artifacts rather than what they were worth. It was perhaps this kindness that led him to tell stories about the empty graves of Titanic victims that can be found in Southampton and the very personal tales of the families who could not afford to have the bodies delivered home for burial. This is the Brian Ticehurst that friends and peers are likely to remember. 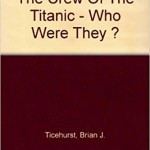 Ticehurst was also a family man and was married to his wife, Janet, for 60 years. He is also survived by two sisters, a brother, one son, and an assortment of grandchildren. His absence is likely to grieve them all, but they can be comforted that his legacy will live on and that his writings, teachings, and stories will carry the name of Brian Ticehurst well into the future.

Author’s Note: On a more personal note, I was familiar with Brian Ticehurst, and considered him to be my friend. I have been studying the Titanic since I was a child, and actually made contact with him back when AOL was still the only internet provider. Mr. Ticehurst was an amazing, kind man, who I was very privileged to get in contact with. He had a lot of knowledge about Titanic, and her crew, and even appeared in quite a few Titanic documentaries. He believed strongly in the Southampton crew getting the credit they deserved for their service to the White Star Line, and he worked hard to ensure the loss of the Southampton crew was not a footnote in history. Brian, you were a wonderful man, thank you for all you have done in the Titanic world, and I hope and pray you are sitting in the First Class Dining Saloon in a tuxedo drinking expensive champagne. Sail on Titanic into the sunset my friend, and may you rest in peace.