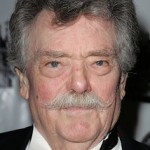 Since the RMS Titanic sank in 1912, movie makers have been trying to capture that terrible night on film. One of the most important, and historically accurate films about Titanic to come out was A Night to Remember. Released in 1958, the movie was based on Walter Lord’s best selling book by the same name, and starred Kenneth Moore. However, there was one famous actor who also starred in it, and even uttered the infamous phrase, “iceberg, right ahead!” Who is this famous actor? The name of this actor, who passed away at the age of 89 on December 14, 2016, was Bernard Fox.

The Birth of Bernard Lawson 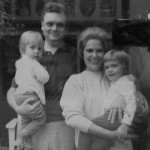 Some people are born into a family business, and Bernard Fox, who was actually born Bernard Lawson, was one of those people who were born to take to the stage, the big screen, or the small screen. However, the family business Fox was a part of was not a store or another business, but the world of entertainment. Fox was the fifth generation of his family to go into the business of performing for the world. Bernard Lawson came into the world on May 11, 1927,  in Port Talbot, Glamorgan, which is part of the country of Wales. Fox’s parents were both stage actors, his mother was Queenie Barrett, and his father was Gerald Lawson.  Lawson would start his career at the very young age of 18 months, and it would continue all the way up until he was in his late 70’s.

The Star of Two Titanic Movies 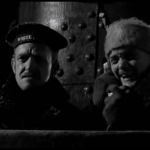 In 1955, a young man name Walter Lord wrote a book that is considered the best book ever about the sinking of the RMS Titanic.  The title of the book was called A Night to Remember, and three years later, in 1958, a movie by the same name came out. The film starred Kenneth Moore, and a young 21-year-old named Bernard Lawson, but now he changed his name to Bernard Fox. While the role itself was uncredited, Fox was in it, and he played a very important man named Frederick Fleet. For those that are familiar with the history of the Titanic, it was Fleet who spotted the iceberg that sunk the ship, and Fleet who telephoned the bridge to warm them of the impending danger. The role was quite important for the authenticity of the movie, but it is unknown why Fox’s role in it is uncredited. 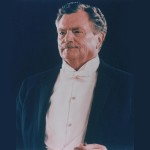 Fast forward 39 years, to the year 1997, and a director named  James Cameron is making a movie about the RMS Titanic. Who better than to play the role of Colonel Archibald Gracie, than a man who has experience working with the Titanic’s tragic history than Bernard Fox. The real Archibald Gracie was actually quite heroic, and he even helped get women into the lifeboats. However, Gracie’s life would be cut short due to the sinking. After Colonel Gracie got to New York, he contracted pneumonia, which was not only caused by his diabetes, but the extremely cold temperature of the water he swam around in before being rescued, and died eight months after the Titanic sank. While Fox’s role was not a big one, he had some memorable lines in it, and the fact he was a part of one of the biggest movies in history has immortalized him.

Bernard Fox died on December 14, 2016, at the age of 89.  Fox had a career that spanned decades, but two of his most memorable roles were from two movies made from about the RMS Titanic. The Titanic was the biggest ship in the world, and it sank on its maiden voyage. These two movies are considered the most accurate about the sinking of the Titanic, and Fox’s involvement with both movies have immortalized him, but he was known for other roles.  Bernard Fox was born Bernard Lawson, and he was born into a family known for entertaining people, which he did from the age of 18 months all the way until he was 77 years old before finally retiring.  Fox died of heart failure surrounded by his family and friends, which includes his widow Jacqueline, whom he married in 1961, and their two daughters named Amanda and Valerie.

Rest in Peace Bernard Fox, the roles of Frederick Fleet and Colonel Archibald Gracie were small, but memorable, and there are plenty of other movies that showcased the incredible talent that he possessed as an actor.