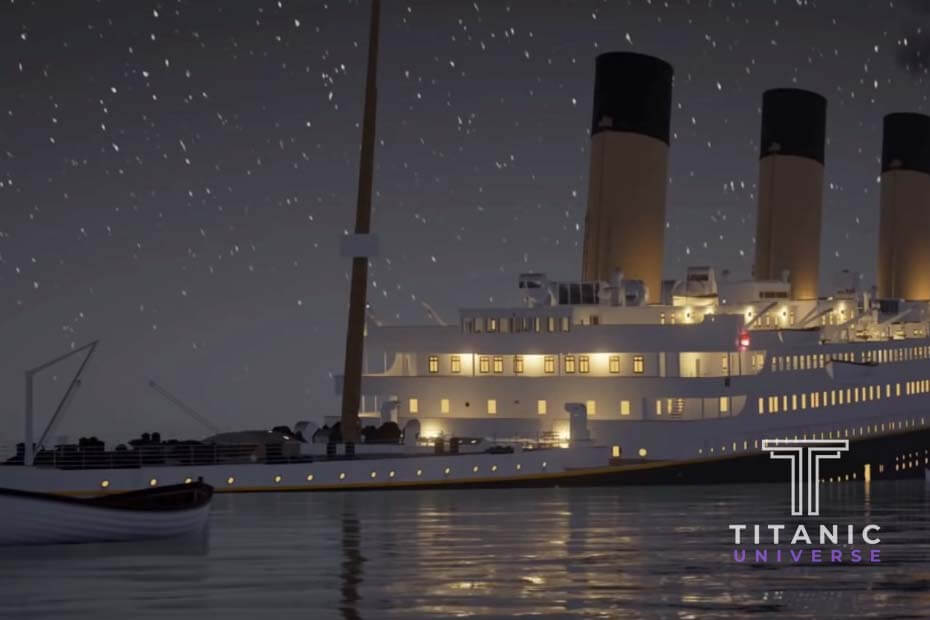 April 15, 1912, is a day that will always live in infamy as the day that the most giant ship in the world at the time, the RMS Titanic, struck an iceberg, then slowly sank into the iceberg-filled waters of the North Atlantic. There were 0ver 1500 people still on board the mighty ship as she slowly sank, and for over a century, people have seen recreations of that tragic night or films dedicated to the Titanic herself. However, though many filmmakers have tried to make the sinking of the Titanic as accurate as possible, there was not much information about that night until the wreck was discovered in 1985. Once an ocean explorer named Dr. Robert Ballard found the mighty ship and discovered much about her rusted remains, all sinking recreations up to that point were as from the reality of that horrible night as the great ship herself on the bottom of the ocean. Even James Cameron, who wrote and directed the biggest movie ever about the ship called Titanic in 1997, said that the sinking sequence was inaccurate based on what he found out about the ship as he explored her for years after the film came out. One company called Vintage Digital Revival LLC has not only been working for years to create the best Titanic game ever, but they recreated the sinking of the Titanic in real-time, and it is not only haunting but highly accurate.

The Titanic Hits the Iceberg and Sinks

What exactly happened to the Titanic on the night of April 14, 1912? The story is simple, but it turned into one of the world’s biggest disasters at sea. The Titanic, which was almost 900 feet long, was cruising at around 20 to 21 knots through an ice-filled ocean when it suddenly came upon what is known as a blue berg or a black berg. This kind of iceberg, it has recently turned over in the water, and the wet ice is tough to see due to the fact it’s invisible. The lookouts up in the crow’s nest were unable to see the wet iceberg, and there was no moon, which made visibility even worse, and they were unable to see the ice until it was practically too late. The Titanic tried to turn out of the way and scraped its side along the frozen iceberg. The video by Vintage Digital Revival shows the collision and the steps taken to avoid the ice.

Once the collision is over, the Titanic ship does sail on for at least a few minutes. However, the flooding began to get so bad it was overtaking the pumps, and the engineers finally told the bridge the ship had to stop. The video shows the Titanic stopping and the steam coming out of the four funnels as the boilers had their fires drawn. While it looks like nothing is going on at first, and the Titanic is peaceful, within a few minutes, the list to her side is beginning to show. From there on, the ship does sink in real-time, and it is quite a sight up until the very end.

Thoughts on the Titanic Sinking Video

The video of the sinking is truly a technological masterpiece. If people go to the website, which is Titanic Honor and Glory, they can see a demo video and download it on their system. With this demonstration, users can download it and take a brief tour of some of the most exciting areas of Titanic that are ready for the public to view. For those who want to donate to the cause, the website’s main page has a link for Paypal so donations can be made. This is a beautiful project that is years in the making, but it is truly a labor of love, and for those that have not seen it, here is the video of the RMS Titanic sinking.

The Titanic struck an iceberg and sank over 100 years ago. The company Vintage Digital Revival has recreated that terrifying moment into a real-time video that lasts 2 hours and 41 minutes, which is how long it took the real Titanic to sink. Though it is slow at first, the video delivers terrifying moments and flashes from outside the ship to inside. When the final product is launched, Titanic: Honor and Glory, the game is sure to be a huge hit, and for people who study the ship, it is a long time coming but will be well worth the wait.