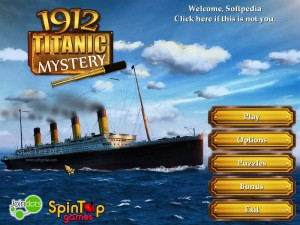 One of the hardest things about being a Titanic historian is the fact that the beautiful ship itself was built back in 1912, and the only thing that historians have to work with is just things like pictures when it comes to how the Titanic looked. It is always the dream of every Titanic historian to be able to explore the ship, go down the Grand Staircase, go up on deck, check out how fancy the dining room for First Class was, or even just explore the engine room to see the massive engines that powered the three propellers that Titanic had. Alas, these things will never happen in real life, but there are ways that Titanic enthusiast and historians can explore the great ship. 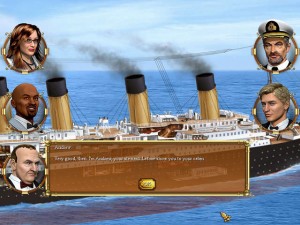 The great thing about computers is the fact that things from the past can be brought back to life, and that is definitely the case with Titanic online games like the BigFish game, 1912: Titanic Mystery. Aside from playing the game itself, this is the chance that every Titanic enthusiast has to actually get to look around the beautiful ship and explore it.  Everything that was amazing about Titanic has been recreated, and this is the one chance that people who love the ship get to have to go up and down the Grand Staircase, to walk around on deck, and to get to go on the bridge just to see what it looked like. Though it is just a game, the details of the ship are very life-like, and for Titanic enthusiasts, this is as close to exploring the great ship as they will ever get, which makes the game more than a game, but a journey back in time when the ship was sailing and whole again.

A Fun Mystery to Solve 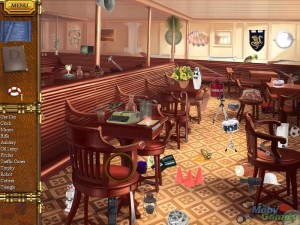 Other than the perks of Titanic exploring, players get to solve a fun mystery. In the 1912: Titanic Mystery game, the new ship, Titanic II has been launched for the 100th anniversary of the Titanic sinking, and everyone gets to go on board. However, there is a problem, and a threat that the player has to solve.  In order to find out where the bomb is, and who has planted the bomb, the player has to do things like play games that are hidden object games, search for clues, play mini games that may involve things like sorting electrical wires, and a lot of other fun things that are both challenging and fun. Remember, the fate of the Titanic II, and its passengers, is in the hands of the player, and one wrong move could spell disaster for everyone.

A Great Game With An Intense Mystery 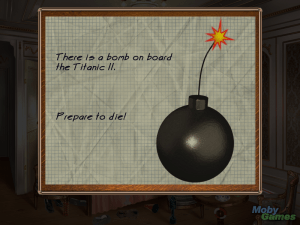 While the player is searching the Titanic II for clues, they are also learning a story that goes back 100 years to the original Titanic. Was someone not supposed to die? Was there a passenger on board the first Titanic that held a secret that could destroy lives?  More clues to the great mystery are uncovered with every mini game that is won, and the whole story put together is an incredible mystery that will shock the player.  After all, who says that scandal only happens in modern times? Sometimes, the older scandals are the juiciest, and they can also be the most shocking, and anyone who plays the game will have a lot of fun solving mysteries and also saving the second most luxurious ship in the world!

The RMS Titanic has been gone for over 100 years, but for people who study the ship as a hobby, it is hard to know what the ship is like, and sometimes pictures are just not enough to truly understand what it looked like and what it was like on board her. However, with Titanic online games like the  1912: Titanic Mystery game, players get to climb on board the replica of the original Titanic, but in addition to getting to explore the ship, players also get to solve a great mystery because there is a bomb on board, and if the player does not stop it, the bomb will kill everyone on board and sink the Titanic II much like the fate of the original Titanic ship.