Pigeon Forge, TN is a town with a population of about 5,800 that will likely see over 11 million visitors in the coming year.The reason is the new Titanic museum that recently opened in 2010.Shaped like the Titanic herself, this $25 million 30,000 square foot replica of the ship holds an estimated $4.5 million in artifacts and other Titanic related attractions including a replica of the ship’s grand staircase.

Inspiration for the Creation of the Titanic Museum, Pigeon Forge

Museum creator John Joslyn decided to build this museum while standing on deck 12,500 feet above where the Titanic sank.Joslyn’s first Titanic museum was built in Branson, MO, and a second one now stands in Pigeon Forge.Josyln’s museum project followed a $6 million expedition to the site which he himself co-led.Joslyn and his team completed 32 successful dives to the wreckage of the Titanic in a $20 million submersible.During these dives, the crew produced hundreds of hours of haunting images that later became the framework for a television special titled Return to Titanic…Live! This special became the second highest rated documentary of all time.The thrill of standing 2.5 miles above the Titanic and seeing the legendary vessel first hand created somewhat of an obsession in the mind of John Joslyn and led to the creation of the two interactive Titanic museums.

Taking a Look Inside The Titanic Museum, Pigeon Forge 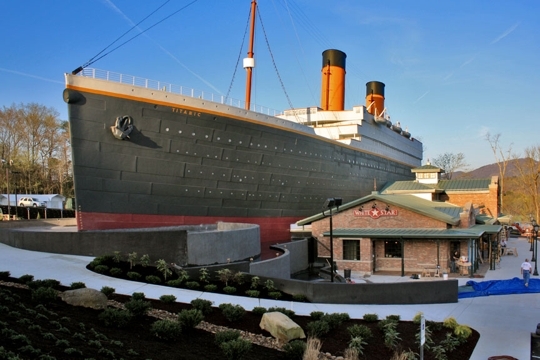 After the amazing experience of visiting the wreckage of the Titanic, Joslyn dedicated his life to preserving the memory of the vessel and those who were aboard it during the maiden voyage.The Titanic museum of Pigeon Forge houses of the largest permanent collections of Titanic artifacts.Upon entering the museum, guests are given a boarding pass with the name of an actual Titanic passenger and experience what life would have been like aboard the vessel during its maiden voyage. 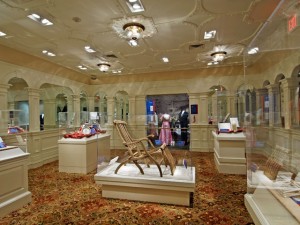 Joslyn aims to make the museum as comprehensive as possible for guests allowing for a hands-on learning experience.Guests will learn facts about Titanic passengers, see a collection of over 400 artifacts, feel the chill of 28 degree ocean water, send SOS signals on the ship’s wireless, touch the captain’s wheel located on the bridge, climb a re-creation of the Titanic’s grand staircase, and much more.The living theater aspect and interactive learning experience is something that people of all ages can enjoy and something that Joslyn believes will help people better understand the Titanic’s story.Passengers aboard the replica Titanic will see some of the most exclusive artifacts of today, many of which are on display for the first time ever.Walk the halls of the ship and climb slanted decks while learning about the crew, passengers, construction, and history of the RMS Titanic.The heart of the tour features a $1 million re-creation of the Titanic’s grand staircase built from the original plans from Harland & Wolff, the shipyard in Belfast, Ireland that produced the Titanic itself.View third class and first class lounge areas and see how passengers lived. 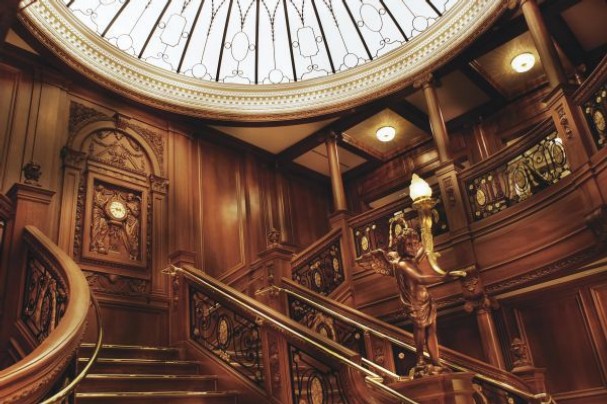 From the grand staircase, guests are able to visit other areas of the ship and engage in various hands-on activities.Shovel coal in the boiler room, learn how to send an SOS, navigate decks that began to slope as the ship began to sink, hear accounts of survivor stories while sitting in a replica of a lifeboat, and discover the fate of your passenger (listed on your ticket) and the fate of many others in the Titanic memorial room located at the end of the tour.Oh, and don’t forget to visit the Tot-Titanic area designed for kids 8 years and younger.One of the most authentic and comprehensive Titanic museums, the Pigeon Forge installment offers an interactive way to celebrate the accomplishment that was the Titanic and to remember those who were lost in its tragic sinking.Inspired by someone who has a love for the history and the grandeur of the Titanic, this museum is a must-see for those visiting Tennessee and the perfect destination for those interested in celebrating the 100th anniversary of the Titanic’s maiden voyage.