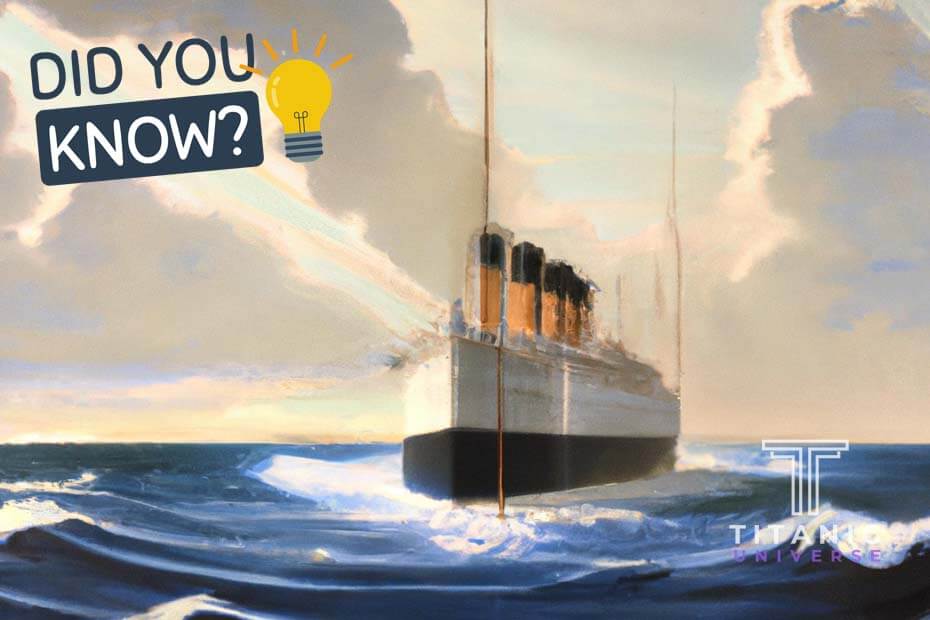 The Titanic was one of her time’s modern marvels in vessel construction. A masterpiece in size and craftsmanship, the Titanic remains one of the most famous ships known throughout the world. Most individuals know the story of the Titanic and its tragic end at the hands of an iceberg in the middle of the Atlantic ocean. Here are some more quick Titanic facts that readers may not already know.

– Titanic construction took about three years and $7.5 million to complete

– It took around 3000 laborers to construct the Titanic

– Nearly 3 million rivets were used in the Titanic construction

– The death of Captain Edward Smith is a topic of debate; many think the Titanic could have been saved if he had acted differently, and some think not.

– Molly Brown was one of the most famous figures on the Titanic, the wife of a Colorado silver mine entrepreneur, and was the only woman to row a Titanic lifeboat to safety

– One of the most famous stories was about a wealthy elderly couple name the Straus’. When Mrs. Straus learned men could not board the Titanic lifeboats, she opted to stay with her husband, although she knew it meant certain death

– Here is a Titanic survivor list and other Titanic passenger facts

– The Titanic struck an iceberg in the Atlant ocean near the coast of Newfoundland shortly before Midnight, April 14, 1912

– Impact with the berg caused the hull to buckle, and the vessel began taking on water

– Carpathia picked up the Titanic’s S.O.S. signal and eventually rescued the Titanic survivors, but they were too far away to save most of them

– Neighboring ships in the area had reported ice floes, but the Titanic continued to travel at top speed

– The band did keep playing as the ship sank

– The Titanic movie was nominated for 14 Oscars and won 11 of them, making it the first film to win that many

– In 1997, it became the highest-grossing film of all time; it now ranks 6th in North America

– There were characters modeled after individuals aboard the Titanic, including the builder of the Titanic, Thomas Andrews, Molly Brown, a woman who took control of her lifeboat and rescued survivors, Edward Smith, captain of the Titanic, John Jacob Astor, the first class passenger of the Titanic, and Titanic band leader Wallace Hartley.