Titanic For Kids – Cartoon Movie About the Disaster 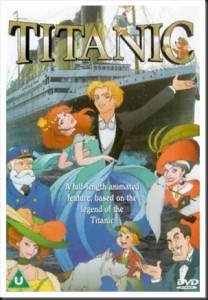 The Titanic disaster took place 102 years ago, and it is something that most adults know about, but what about when it comes to talk about this to kids? These days, the sinking of the RMS Titanic is considered to be part of history, and the idea of explaining what happened to someone under a certain age may seem like a difficult task that parents and schools have to handle in a special way. The death of over 1500 people can be both difficult and sad to explain to a child. However, there is a movie that can help make things clear, and actually offers a positive spin on the Titanic disaster.

The Cartoon Movie About the Titanic Disaster 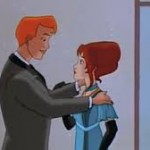 When it come to the Titanic for kids, the movie that came out in the year 2000, which is called, Titanic: The Legend Goes On is the best movie that parents can show their kinds because it is more than just a disaster, but it actually has a plot that is similar to the 1997 Titanic movie starring Kate Winslet and Leonardo DiCaprio.  However, there are some big differences between the cartoon Titanic movie and the live action version. 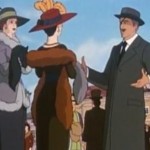 The biggest difference between Titanic and Titanic: The Legend Goes On is the fact that the cartoon version has more animals than people aboard the big ship. In the beginning, passengers are getting onto the ship from the gang plank, and animals are also finding their way onto the ship. As far as the humans go, the main character is a poor girl named Angelique, who is traveling with a stepmother and her two wicked daughters. The stepmothers, and her two daughters, are traveling in the First Class section of the Titanic, but make Angelique go stay in Third Class. The resemblance to Cinderella is uncanny, but Angelique is on a mission to find her long lost mother, and is heading to America to continue her search. On the other side of the coin is William, a blond First Class passenger traveling with his nanny. However, there are a variety of different characters in the movie including a detective, a pack of thieves, and a banker. The cast of animals is just as diverse featuring animals from all around the world including a band of Mexican mice that play Mariachi music and sing in Spanish.

The best part of the Titanic: The Legend Goes On is how the iceberg collision is handled, which is actually quite something considering this is a cartoon movie. Just like the real Titanic collision, the crow’s nest bell goes off three times, the ship is turned, but the ice scraping along the hull is much slower, and actually shows the point of view of the passengers as they realize something horrible is going on. Even the animals deep inside the Titanic are aware of something happening, and the ship suddenly beginning to fill with water is a sure sign of a problem.  Angelique is still in Third Class, and she takes her roommates, who is an older woman with two small children, and they try to escape, but the gates are locked. By this time, William, who is now in love with Angelique is desperate to find her and heads into the Third Class to get her and take her up to the boat deck to the lifeboats.  Though he meets with resistance from crew members, William does get to his love, Angelique, and stays behind while putting her into a lifeboat. The Titanic does sink rather quickly, and this movie, like the 1997 version, does have the ship breaking into two. Though the people in the water is not nearly as many as there are supposed to be, the movie does a good job of showing just how frightened people were in those small lifeboats, and their fear that too many people rescued from the cold water could mean the boats overturning and the death of them all. At the end, William is found floating in the water, and reunited with Angelique, and she also finds her mother, who turns out to be the nanny caring for William.  The survivors get nice little epilogues that show that their lives went on, and even the animals too have happy endings.

Overall, Titanic: The Legend Goes On is a nice way to talk about the Titanic to kids, and the movie is done in such a way that still tells the story, but makes it a much calmer scene. While the Titanic is not the easiest subject to talk about with children, the cartoon movies makes it a simple story that kids can understand and learn from.