Titanic Band Members And Their Stories

On Wednesday, April 10, 1912, in Southampton, UK, eight musicians boarded the RMS Titanic as second-class passengers.  Their group ticket number was 250654.  They were not employees of the White Star Line but were contracted to them through a company that placed musicians on many British liners – the Liverpool firm of C.W. & F.N. Black.  Just five days later on April 15th, playing together for the first time, all eight continued to play in hopes of calming their passengers as the big ship sank.  All are considered heroes.

Before that night they performed as two separate bands:  a quintet with John Clarke, John Hume, Percy Taylor, John Woodward and official bandleader Wallace Hartley and a trio with Roger Bricoux, George Krins and Theodore Brailey.

The quintet played at teatime, after-dinner concerts, Sunday services and other occasions while the trio of violin, cello and piano played at the A La Carte Restaurant and the Café Parisien.

Theodore Ronald Brailey was born on October 25, 1887 in Walthamstow, Essex, UK.  He studied piano in school and one of his first jobs was playing at a local hotel.  In 1902 he signed a 12 year service contract as a musician with the Royal Lancashire Fusiliers regiment which was stationed in Barbados.  Five years later, in 1907, he resigned his commission and returned to England.  In 1911, he started to play aboard ship… first, the RMS Saxonia, and then the RMS Carpathia (where he met Roger Bricoux).  He was recruited by the Black Agency to serve on the Titanic.  His body was never recovered.

Roger Marie Bricoux was born in Cosne-sur-Loire, France, on June 1, 1891.  He was the son of a musician and educated in Italy, where, for his ability as a cellist, he won first prize at the Conservatory of Bologna.  He studied at the Paris Conservatory and in 1910 moved to England, playing with the orchestra in the Grand Central Hotel in Leeds.  In 1911, he moved to France and was recruited to play on the RMS Carpathia (where he actually met and befriended future fellow Titanic band member Theodore Brailey) and then on the Titanic.  His body was never recovered. 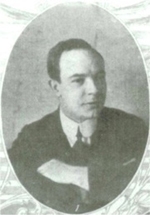 There is very little written about John Frederick Preston Clarke. It is estimated that he was born in 1882 and resided in Liverpool, England when he was recruited to serve on the Titanic as a bass violinist.  His body (#202) was recovered and buried in Nova Scotia, Canada on May 8, 1912.

Wallace Hartley was born on June 2, 1878 and raised in Colne, Lancashire, England.  He studied at Colne’s Methodist day school, sang in the choir and took violin lessons from a congregation member.  After graduation, he worked at the Craven & Union Bank in Colne until the family’s move to Huddersfield.  He then joined the Huddersfield Philharmonic Orchestra.  In 1903 he left home and joined the municipal orchestra in Bridlington where he stayed for 6 years.  In 1909 he joined the Cunard Line as a musician and served on the RMS Lucania, RMS Lusitania (a ship that also met a bleak fate when it was later torpedoed by a German U-boat at great loss of life) and RMS Mauretania.  In his last posting for Cunard, all musicians were transferred to the C.W. & F.N. Black agency.  When he received his posting to the RMS Titanic, he was hesitant to take it.  He had just been engaged to Maria Robinson and did not want to leave her again.  He thought, though, that his job on the Titanic would give him possible contacts for future work and decided to take the position.  He had decided this would be his last position on board a ship.

Amazingly, Wallace’s violin was recovered and recently has made some headlines. You can read more about Hartley’s Violin here. 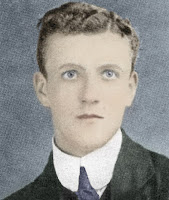 John Hume was born in Dumfries, Scotland, on August 9, 1890.  He was employed by the C.W. & F.N. Black agency and was known to have a good reputation as a musician.  Hume had worked on five liners before being recruited for the Titanic and was said to be the most fun of the bunch of musicians.  His body was recovered and buried in Halifax, Nova Scotia and a memorial was erected in Dock Park, Dumfries. His ticket number aboard the Titanic was 250654, which was the ticket number for all the members of the Titanic Band.

According to an article written by Christopher Ward (John and Mary’s grandson) in the Mail Online and updated on May 23, 2011, Mary Costin was pregnant with John’s child.  Mary’s mother, Susan, told the story that in 1910, John and Mary had met at a town fair and it was love at first sight.  Although they were separated frequently and his life aboard ship was lively and social, he remained true to Mary.  One week before his departure on the Titanic she told him she was pregnant and he was “overjoyed”.  They planned to marry when he returned.

From the beginning of their relationship John’s father felt that Mary was not good enough for John.  Her father was a van driver whereas Andrew Hume was a music teacher and saw himself as a “man of position”.  John’s mother has died from cancer and his father had remarried 14 months later.  Since that time, the father/son relationship had been disintegrating.

When Mary went to the Hume residence to tell Andrew and his wife Alice that she was expecting John’s child, Andrew called her a slut and denied that the child was his son’s.

In fact, when he received John’s personal effects he refused to give Mary a momento.  He also kept all of the hardship funds given to the victim’s dependents.  He claimed he had “conclusive proof” that the child was no John’s.  In answer to her appeal for funds, Mary received a letter from the Titanic Relief Fund suggesting she reapply after the birth and provide evidence of paternity.

Johnann was born October 18, 1912.  Susan went to the Hume residence with the news and had the door slammed in her face.  She decided to go to her employer, a lawyer, to petition to have Johnann recognized as John’s daughter.  After a lengthy court battle called the “Titanic Fund Case” by the local papers, she finally was recognized.  More bitterness ensued until Andrew and his wife moved away.  Mary enjoyed her daughter until when she was six, when she left Johnann with Susan and departed town to marry a soldier.  Mary rarely saw her daughter and died of tuberculosis at the age of 32.  Johnann lived a full life, married, had two children and died at the age of 83.

Georges Krins was born on March 18, 1889 in Paris, France.  His family moved back to Belgium shortly after his birth and lived in Spa.  He attended the Academie de Musique de Spa and then the Conservatoire Royal de Musique in Liege until 1908.  There he won first prize with highest distinction for violin.  He worked in his father’s shop and played in La Grand Symphonie of Spa until he moved to Paris in 1910 to be first violin at Le Trianon Lyrique.  After moving to London, he played at the Ritz Hotel as well as becoming bandmaster of the Trio String Orchestra which played near the Café Francais until March 1912.  He was then recruited to play on the Titanic.  His body was never recovered.

He was born in Nottinghamshire, England around 1881 and could play both piano and cello.  In 1906 he married Clara Alice Lambeth.  He was residing in London when recruited to serve and was 32 when the Titanic sank.  It is said that he signed on to escape his unhappy marriage.  His body was never recovered.

John Woodward was born on September 11, 1879 in West Bromwich, Staffordshire, UK.  He was the youngest boy of nine children and attended Wesley Sunday School until they moved to Oxford.  He became well known as a cello player – playing in several string quartets.  He left Oxford to play with the Duke of Devonshire’s band in Eastbourne until 1909 when he joined the White Star Line.  He traveled across the Atlantic and Mediterranean several times.  He was on board the Olympic when she collided with the HMS Hawke, barely escaping injury.  For the first time, John decided to take his best cello with him on the Titanic.  His body was never recovered.

In May, 1912, 500 musicians (several orchestras and conductors) appeared on stage for a capacity audience at the Royal Albert Hall to raise money for families of these musicians that perished on the Titanic.   In early 1912, the talent agency C.W & F.M. Black decided to offer its musicians at a lower rate than union scale to its customers.  They quickly monopolized the market and musicians had to take a 33% pay cut and no benefits or not work at all.

So, the musicians on the Titanic were not only working for less pay and no benefits but were listed as Second Class Passengers with Third Class accommodations.  Life on the ship was hard work.  They worked from 8 in the morning to well past 9 at night.

After the sinking, the families had a difficult time collecting death benefits.  The White Star Line wouldn’t pay because they were contracted employees.  The talent agency wouldn’t pay because the musicians were listed as Second Class Passengers and they felt the Cruise Line should pay.  In fact, some of the family members received a bill for the uniform the musicians were forced to buy as a member of the Titanic band!

A few anecdotes in this article were taken from a piece in USA Today that reviewed a book on April 10, 2011.  It’s called The Band That Played On: The Extraordinary Story of the 8 Musician Who Went Down With the Titanic  by Steve Turner.  As you can see from the information above, the musicians’ stories were very interesting .  They were described in the article as “young, struggling musicians in the early part of 20th century.”