Thomas Andrews – A Talented Designer That Met With A Tragic Fate 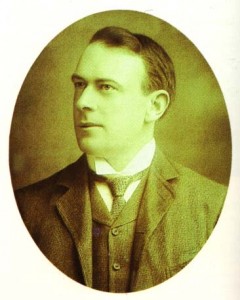 The RMS Titanic was more than just a ship, and to many people, she represented things like hope, dreams, and the start of a new life. One such man that saw the Titanic as the start of a new and better life was her designer, Thomas Andrews.  On the night that the Titanic struck an iceberg, and then sank, Thomas Andrews did not get into a lifeboat, and he knew that the ship he worked so hard on was now doomed, and he was destined to stay with is beloved ship until the very end.

The Early Years of Titanic’s Designer

Thomas Andrews, Jr. was born in Comber, County Down Ireland. His parents were The Right Honorable Thomas Andrews and Eliza Pirrie. The Andrews family name is a well-known one in Ireland, and will be even more known as siblings of Thomas will also make a name for themselves. Thomas is the middle son, and he has an older brother John and a younger brother James.  When Andrews was 11, he went to school at Royal Belfast Academical Institution, and was there for the next 5 years. However, when Andrews reached the age of 16, he began working at his uncle’s shipyard, the famous Harland and Wolff.  Because of his young age, Andrews started off as an apprentice, but he was determined to work his way up the ladder of success.

Working at Harland and Wolff

Thomas Andrews started his career at Harland and Wolff in the joiners’ shop, and spent about three months there learning how to make joiners. From there, Andrews then transferred to the cabinetmakers’ shop, and spent one month there.  Now that he knew what went into shipbuilding, Andrews now was going to be allowed to work on them, and spent two months out in the yard building ships.  Finally, Thomas Andrews then spent the next year and a half in the Harland and Wolff drawing office.  By 1901, Thomas Andrew has worked in many different Harland and Wolff departments, and has now been put in charge of the construction works.  Andrews worked as the construction manager, and in 1907, he is promoted to the head of the drafting department of Harland and Wolff, which is a job that everyone approved of.  Thomas Andrews was a good man to work for, and was well-liked by all of the shipyard workers. 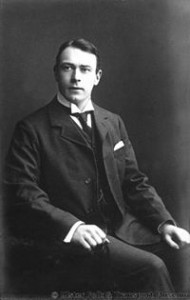 Andrews and the RMS Titanic

One of his first jobs that Thomas Andrews had as the head of the drafting department was to work on Bruce Ismay’s and his uncle, Lord Pirrie’s three massive superliners, with the Olympic being the first one to be designed and built. Andrews worked on the Olympic and Titanic with Alexander Carlisle, and his uncle William Pirrie.  Taking great pride in every aspect of the designs, it was Thomas Andrews that first suggested that the new superliners have at least 46 lifeboats, water tight bulkheads with watertight tops that went all the way up to B deck, and a double hull to protect the ship from collisions. Though Andrews made great suggestions for the ships, most of his suggestions were ignored by upper management.

When the Titanic was ready to launch, Andrews, and a group of Harland and Wolff workers that also known as the guarantee group, all went onboard the biggest ship in the world on her maiden voyage. The job of the guarantee group was to make sure that everything on the Titanic worked just fine and also to make recommendations for things that needed to be worked on.

The Sinking of the RMS Titanic

When the Titanic left Southampton, she spent the next four days at sea without any incidents. Andrews was in a cabin, and he routinely went through various parts of the ship to make sure that everything was working. If there were any problems, Andrews had a notebook in which he jotted down problem areas that needed to be addressed once the maiden voyage was over.  At 11:40 pm, when Titanic struck the iceberg, Andrews was still awake going over changes he planned to make to the ship. The result of steel meeting ice caused the ship to shake. From the location of his suite, Andrews noticed the slight vibration that rippled through his room. A short time later, an officer knocked on the designer’s door letting him know that the captain requested his presence.  As soon as Andrews was on the bridge, he was told by Smith that the ship had struck an iceberg and asked him to check out if there was any damage. It does not take long for Andrews to find out what parts of the ship were taking on water. After his inspection, Andrews returned to the bridge to give Captain Smith the news that Titanic only had an hour to an hour and a half to live before it sank to the ocean floor.  Both Andrews and Smith were aware of how many lifeboats were on the ship and how many people could fit into them.

As the Titanic sank, Andrews did what he could to help. He unlocked doors to empty staterooms to get the lifejackets out, and told everyone to wear them and get to the lifeboats as quickly as possible.  Some survivors testified seeing Andrews on the boat deck encouraging people to get into the lifeboats and telling the officers to fill boats as much as they possibly could.

Once all the lifeboats were away, Andrews was last seen in the First Class Smoking room at ten minutes after 2 am. Andrews was distraught, without his lifejacket, and was seen staring at the Norman Wilkinson painting Plymouth Harbor.  The body of Thomas Andrews was never recovered.

For his efforts the night of the Titanic disaster, Thomas Andrews was considered a hero, and his legacy is that of being a good man that sacrificed his life for others.