Life Below the Waterline: The Third-Class Passengers of Titanic 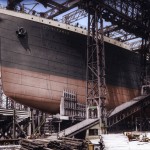 When Titanic struck out across the Northern Atlantic to head for New York City, many of the passengers aboard were steaming toward a new life in America. The chance to find work, improve the lives of their children, and seek the kind of personal independence that may not have been possible in their homelands was well worth the price of a ticket for many, especially for the ship’s third-class passengers. However, life aboard Titanic was not always idyllic for those who traveled as steerage. When the ship struck an iceberg on the evening of April 14th, 1912, their struggle to survive was fraught with barriers that, sadly, were too large for many of them to overcome.

1. Who Made Up Titanic’s Third Class? 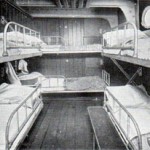 Titanic’s third class consisted of just over 700 people, and most of them were emigrants from other countries who were traveling to America to start new lives. Among some of the nationalities in steerage included Swedish, Finnish, Irish, and Belgian. Third-class ticket costs ranged from £ 3 to £8, with the former being worth approximately 95 GBP today. Larger families were housed in cabins with multiple cots that could sleep as many as six people. Many third-class passengers did not speak English and tended to stick close to their families during the trip. 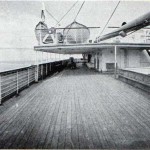 The White Star Line did its best to offer all of its passengers luxuries they wouldn’t find on other ships, and this included the steerage passengers. Upon rising, a third-class passenger would have had access to a small sink for washing in their room before going to the dining area. Breakfast normally consisted of porridge, potatoes, or ham and eggs. Coffee, tea, and marmalade with bread was also available. The variety of food included with the price of a ticket was probably considered luxurious by many steerage passengers, as some other shipping lines did not provide meals to third-class ticketholders at all.

After breakfast, third-class passengers were free to explore their decks and a few other areas that were open to them, such as the steerage promenade deck. Men had a smoking room available to them, while both men and women could mix in the General Room, where gatherings sometimes took place. After an evening meal, steerage passengers could meet up in the room known as the Open Space, where they could dance, enjoy the room’s bar, or drink from the room’s many water fountains.

3. A Bid for Survival 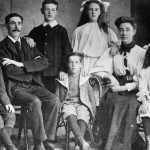 When Titanic first struck the iceberg on the night of April 14th, most third-class passengers initially had no idea what happened. They may have felt a great shudder, as the iceberg tore open holes in the ship under the water line, where the third class was housed. While steerage passengers may have been notified by crew members to leave their cabins and head for the lifeboats, many who did not speak English may not have understood the very real danger of the sinking. Others might have gotten lost trying to reach the decks, as some could not read. Unfortunately, they had little time to escape, as frigid water began to flood steerage cabins less than half an hour after the ship struck the iceberg.

As lifeboats began to fill, third-class passengers had the most difficult struggle for survival. Some found themselves unable to reach the upper decks because of locked gates and other barriers, while others had only the slightest idea of what was happening. It may have also been that first and second-class passengers were given preferential treatment and access to the lifeboats, as some survivors suggested. As a result, there was a terrible loss of life amongst the steerage passengers, with only 172 out of the 709 surviving the disaster. Entire families were lost, including the Goodwin family, from England. Frederick, Augusta, and their six children, from 16-year old Lillian to 17-month-old Sidney, all perished together in the sinking.

Only 25 percent of third-class passengers aboard Titanic survived. The men in steerage took the heaviest blow, with only thirteen percent of them surviving the sinking. 91 women and 55 children also perished that night, their dreams and destinies unfulfilled. Their memories no doubt live on with those they left behind and by those who hold a special place in their hearts for Titanic and her passengers. They can only hope that, at least for a time, these brave and adventurous individuals were given the chance to laugh, love, and dream of a better future.