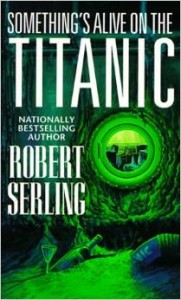 Since the RMS Titanic sank back in 1912, the ship herself has been the subject for literally hundreds of books. While most of the books are historical non-fiction books that retell her tragic tale in any number of different ways, or the books offer wild theory and offer historical fact as proof, there are some rare gems out there that are actually fictional books about the doomed liner. One of the best books out there is Cive Cussler’s Raise the Titanic, and anyone that has ever read it will claim that there are no other fictional Titanic books out there that come close to perfection as Cussler’s novel does. However, that is not the case because there is at least one other book that is just as excellent, and that is, Something’s Alive On the Titanic  by the late Robert Sterling.

The Plot of Something’s Alive On the Titanic

Published in 1998, which is one year after James Cameron’s Titanic came out. Robert Sterling decided to ride the wave of Titanic fever that stayed with the whole world after the biggest movie in the world (at the time) was released. The Titanic has already been sunk for almost 100 years, but it seems that the fever and thirst for all knowledge of this remarkable ship still remains true to this day.  Unlike Raises the Titanic, the story takes place after the ship has been found, and even makes mention of Dr. Robert Ballard, the man who found the great ship.   The story is basically a treasure hunt, because the cargo holds of the shop supposedly contain a fortune in gold, which is basically ringing the dinner bell for treasure hunters to go exploring.  However, there is something darker that seems to be around the ship, and the cool part is that this supernatural entity is actually protecting the great old liner.

Everyone knows that Dr. Robert Ballard found Titanic in 1985, but Serling’s book actually suggests that the ship was found before that. In fact, Serling hints that the ship was actually found 10 years early, in 1975, but something went wrong, and the discovery was not made public. Supernatural entity perhaps stopped the news of Titanic’s discovery. The fun part of the book was getting to see people on the ship again because the treasure hunters were able to walk around within the ship thanks to suits that were pressurized to allow them to go miles deep underwater. If any of you have ever seen the James Cameron move, The Abyss, then you all have seen those kinds of suits.  However, in reality, no such suits exist yet, and even if they did, no one has been able to explore the real wreck of the Titanic like that, so reading about it was really amazing.

Where Something’s Alive On the Titanic takes a supernatural twist is the fact that every time the treasure hunters go down to the ship, there’s something down there. An example would be that one man, in one of the little subs, was really scared of giant sharks, so what did he see swimming around the wreck? A giant shark! There was also another man who was terrified of octopuses, and that was down there too guarding the wreck.

Will the treasure hunters find their gold or is the Titanic wreck site guarded by something that has the job of protecting the ship? The end is amazing ,and no spoilers are going to be presented here. However, the book is quite amazing! 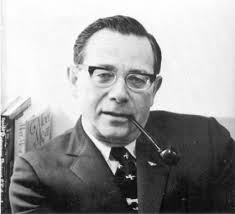 The late Robert Serling, brother of the famous Red Serling who narrated The Twilight Zone TV series, write an amazing book back in 1998. Serling passed away in 2010, but his book will live on, and it is something to see! The story is about treasure hunters who go to the Titanic wreck to find gold that someone found while searching the ship’s cargo manifest.  There’s something alive down there two miles below the sea, and this something has a supernatural element that seems to be guarding the famous old ship, and it is determined to not let the Titanic be disturbed.  For anyone that wants a great book to read that has adventure to it like Raise the Titanic by Clive Cussler, this is the book to read!