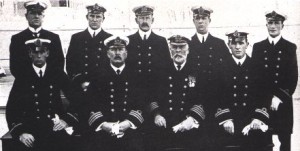 After the RMS Titanic went down, the RMS Carpathia from the Cunard Line came along and picked up the 705 survivors who were floating around in 20 lifeboats. Among the surviving men, women, and children, were a few of the Titanic’s officers, but the one that was of the highest rank was Second Officer Charles Herbert Lightoller.  Lightoller had survived by being blasted out of harm’s way by the air from a ventilator that blew him out of the water and to the surface, and then he managed to find his way to the upside down lifeboat along with about three dozen other men. However, Lightoller was a survivor, and the rest of his life was a grand adventure almost all the way up to the end of his life.

After the Titanic Sank – Titanic Inquiries 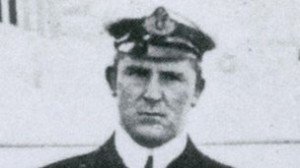 There were only a total of four officers that survived the Titanic sinking. Second Officer Charles Lightoller was the most senior officer that survived, the other three were Third Officer Herbert John Pitman, Fourth Officer Joseph Groves Boxhall, and Fifth Officer Harold Godfrey Lowe. Because he was a member of the bridge crew, Lightoller was the star witness at both the American and British Titanic Inquiries. Everyone looked to Lightoller to tell them what had happened, but at the same time, J. Bruce Ismay, who was the Chairman of the White Star Line, and Lightoller’s boss, still expected Lightoller to “tow the company line,” and keep his opinions mostly to himself. If Lightoller expected to still have a job at sea, he was expected to answer the questions, but not to really place blame on anyone for the disaster. When it came to the American Titanic inquiry, led by Senator William Alden Smith, the lack of knowledge about sailing was very obvious. One of the most famous silly questions that was asked at the inquiry was, what is ice made of? Lightoller answered the questions as best he could, despite the fact he considered the American inquiry pretty much a joke. Who was responsible for the Titanic sinking? Lightoller testified that the sea was very calm that night, the most peaceful he had ever seen, and because the water was so flat, there was no warning of the iceberg.  Despite it all, Lightoller did not say anything against his employers, and defended the White Star Line. It was not until Charles Lightoller was long retired from the White Star Line, and thus now free to speak his mind, that he totally reversed what he had said at both inquiries. Lightoller went on the BBC program called “I Was There,” and while on it, he spoke his mind about things the excessive speed, the ignoring of the iceberg warnings and it is based on his words that real change was implemented.

Life After The Titanic 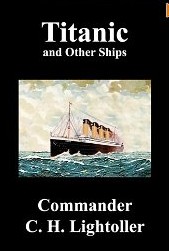 Because of the Titanic disaster, the surviving officers all had slightly tarnished reputations, which meant that they were not able to ever rise to the rank of captain. After the Titanic, Lightoller went to serve on the Oceanic. However, once World War I happened, he served in the Royal Navy Reserve, and the Oceanic was now used to carry troops instead of passengers. Lightoller was on the Oceanic until the ship was wrecked in 1914, and from there he ended up on Campania.  From there, Lightoller was given a command, but only due to the wartime circumstances, he was given a torpedo boat, HTMB 117, and was given the Distinguished Service Cross.  As a reward, he was given another command, which was the Garry, and earned another Distinguished Service Cross for sinking a German U-Boat.  By 1918, Lightoller was given another award for his service, and retired in 1919. 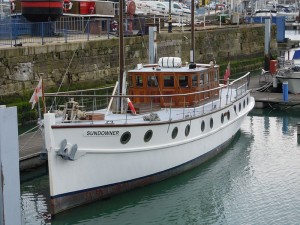 After retiring, Lightoller wrote a book called Titanic and Other Ships, which was a pretty successful book, but his love of the sea did not stop just because Lightoller retired.  Lightoller had a yacht of his own called Sundowner. During the Dunkirk evacuation, Lightoller used the Sundowner to help rescue people, and he managed to fit 130 people both below and on the deck of the small 58 foot yacht.

Charles Herbert Lightoller died at the age of 78 on December 8, 1952. He died a hero both of the Titanic disaster, and for his war-time service. Lightoller’s yacht the Sundowner, is in the Ramsgate Maritime Museum in England. 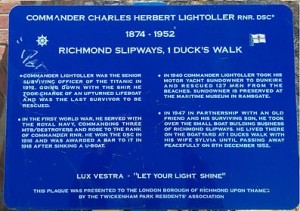