Meals On the Titanic: Interesting Foods For Every Class Part Two 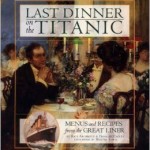 One of the most important things that humans have to do is eat meals. Without food three times a day, the human body would not survive for more than a few days.  However, there are some people that take their meals very seriously, and turn fine dining into an experience that people gladly pay for.  Back in 1912, when the most famous ship in the world, the RMS Titanic was being built, it promised to offer the most luxurious accommodations for the first and second class  passengers, and so the finest foods available in the world. Every meal promised to be memorable, and for some, it would be their last. In the previous article, the meals served in the First Class area were discussed, but now it is time to take a trip to the Second Class dining room, and don’t forget to bring your taste buds! 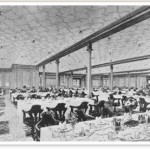 The dining room in First Class was a dream come true with its chandeliers, leather furniture, and fancy carpets, but the Second Class dining saloon was just as grand.  There were fine leather chairs, long tables covered with crisp white linen, and to make for an even nicer dining experience, there was a piano in the center of the room.  The room also had oak paneling on the walls, and linoleum tile on the floor. Though not as fancy as the First Class dining room, the passengers in Second Class still had a very nice place to take their means, and even had music to eat by. 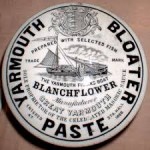 When you are in Second Class, even breakfast can be a culinary adventure. Now while it is true that First Class had a much bigger breakfast menu, those in Second Class had good foods to eat too.  While once again, the meat of choice for breakfast was fish, it came in a variety such as herring, which is also known as Yarmouth bloaters, the passengers in Second Class had other tasty choice for their first meal of the day. The herring was just one choice of meat, also available was kidneys and bacon, grilled ham and grilled sausage. For those passengers that wanted eggs, they could have them fried, served along with mashed potatoes and fried potatoes.  For bread, the passengers were given kaiser rolls, graham rolls, soda scones, and buckwheat cakes topped with maple syrup. Other breakfast items included fresh fruit, rolled oats, and boiled hominy. 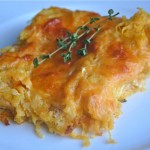 The second most important meal of the day is lunch, and for those on board the RMS Titanic, every meal was an adventure in taste. The passengers in Second Class all filled their 500 capacity dining room and were offered pea soup, spaghetti au gratin, corned beef, vegetable dumplings, roast mutton, baked jacket potatoes, roast beef, sausage, and ox tongue.  In addition to all these fine choices, the passengers could get a salad, fresh fruit, and cheese. For dessert, there was tapioca pudding and apple tart. 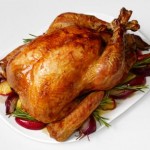 Once the sun went down, it was time for passengers in all three classes to retire to the dining rooms for dinner.  Unlike the other two meals of the day, dinner was a far great affair, and it was served in courses.  The first course for those traveling in Second Class was consomme, which is just a fancier word for a nice bowl of soup. Once the soup was eaten, the next course was brought, which was baked haddock, curried chicken, lamb, and roast turkey. To go with these tasty meats, passengers could choose from rice, cranberry sauce, green peas, turnips, and potatoes served either  roasted or boiled. The final course of the evening was dessert, which consisted of plum pudding, wine jelly, a coconut sandwich, ice cream, and assorted nuts, fresh fruit, and cheese. Passengers on the RMS Titanic experienced a once-in-a-lifetime adventure from the moment they stepped onto the grand ship, to her final plunge on April 15, 1912. While passengers in Second Class did not have quite the same level of luxury as those in First Class, they still had fine suite, and a grand dining room in which to enjoy their meals. While most of the passengers in Second Class did survive Titanic’s tragic sinking, one thing many of them remembered was the meals that were served, and for many of them, it was the best they had ever encountered. The last post regarding Titanic’s food service will involve Third Class, and the tasty meals those passengers got to experience.