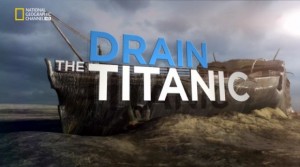 The RMS Titanic sank in 1912, and this year marks the 30th anniversary of when the great ship was found in 1985.  Bob Ballard found the ship on the night of September 1, and it was a huge relief to the team. Ballard, and his team from Woods Hole Oceanographic Institute had been searching for almost two months straight for Titanic, and everyone was getting weary and tired. However, as the night shift began to settle in to watch the ocean floor, pieces of debris began to appear. At first, the team thought that the debris was simply garbage, which they had seen hundreds of times, but this was different. The debris was getting bigger, and it was not until the crew spotted one of the lost ship’s famous round boilers with round doors, did they realize what they were looking at. The men and women stared at the screen as more of the wreckage came into view, and finally, someone went to get Bob Ballard. The explorer was just as delighted as his crew, when he saw the wreckage on the screen, but then the reality of the situation came to them all.  The world’s most famous shipwreck had been found, and while it was a cause to celebrate, it was also reminder that they were directly over a place of great tragedy and death.  The crew had a ceremony over the wreckage, which made them all feel a lot better about what they had found. Titanic was found at last, but now there were many questions that needed to be answered.

Drain the Titanic Brings the Ship Into the Sun

The biggest issue with the wreck of the Titanic is its location. The ship lies over 12 thousand feet down, and the journey itself takes two hours just to reach that depth. Even with the latest high tech submarine, the water is dark, and its very hard to navigate in the pitch blackness. The documentary is an unusual one because the wreck itself was scanned with a remote vehicle, and then those images were taken and a special model was constructed. What makes this model so special? The answer is that all the water has been drained away, and the wreck is literally sitting in the middle of the Sahara Desert.  For the first time in 103 years, the Titanic is in the sun, and everything around it can be seen plain as day. With the wreckage exposed for the first time ever to the sun, experts are going to get the chance to view everything, and draw up some theories as to what happened that terrible night so long ago.

The experts had a lot of questions, and thought this would be the best chance they have ever had to answer a lot of questions about the night the Titanic sank.  The iceberg damage has always been a subject of debate, but despite the fact the bow of the ship is buried almost up to the deck, some damage is still visible. Experts estimate the ship has only about 10 to 12 square feet of damage, and not the 300 foot gash everyone first thought when the disaster happened.  The experts were also able to create a theory as to how the ship broke up, sank, and landed on the bottom of the ocean.

Review of Drain the Titanic 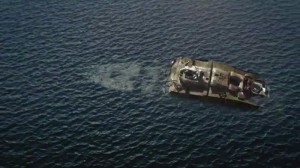 Overall, the documentary was quite amazing because for the first time in over a century, the most famous ship ever is revealed. However, while it is neat to see the ship in the sun, the theories that the experts created have Titanic enthusiasts debating. The experts talked about the fact that there is literally terabytes of data left to analyze, which is going to take years to comb through and evaluate. The biggest theory that came out of this documentary is the fact that the experts claim the ship broke up on two almost three quarters of the way down, which disputes hundreds of eyewitnesses that claim to have seen the ship break up on the surface. Could eyewitnesses be wrong or does the research time need to adjust their theory to consider things like the fact this tragedy happen on the ocean, and things like currents can have a vast effect on everything including how debris scatters? Though no matter what, seeing the most famous ship in the world in the sunlight was amazing, and the fact the ocean was able to be drained away is something no one who sees this amazing documentary will ever forget.  Will all the mysteries of the RMS Titanic ever be solved?  That is a question that many are debating, and will continue to debate for a very long time, and no one will know the answer because there are still many questions that keep rising to the surface from 12 thousand feet below. 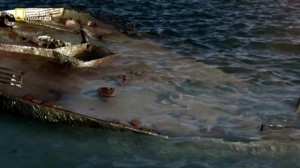