Could Titanic’s Sinking Have Been Prevented? – Part One 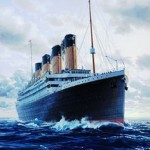 The 20th and 21st centuries have seen their fair share of disasters. Some of these disaster were so huge they changed the world forever. In 2001, when the World Trade Center towers were destroyed by terrorists, the world was not the same, and is still not the same. However, back in the 20th century, one of the biggest events that changed the world was the sinking of the RMS Titanic. Even though the 20th century was just out of the first decade, the shock that this disaster caused can still be felt even to this day. Though whether its the Titanic sinking, or the World Trade Center towers collapsing, people always ask the same question: Could the disaster have been avoided, which would have saved the lives of thousands of people?  Here are the first three out of six ways that the Titanic disaster could have been prevented.

1. A Double Hull Under the Titanic 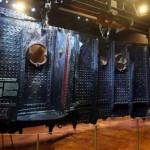 Whenever a car crashes, a boat sinks, or a plane crashes, people who study the accidents, usually blame the construction of the vehicle. A stronger body of the plane or car would have been able to withstand the impact. The same kind of logic does imply to the Titanic ,and those experts who have studied the disaster say that a double bottom under the ship could have protected the steel from the blow used by the impact.  Was a double hull available for the Titanic? The answer is yes, one ship called the Great Eastern had been built with a double hull in 1858. However, those that were in charge of building the Titanic felt that the double hull was too expensive and did not build it onto the ship. One thing to mention is that after the Titanic sank, ships build after the sinking were all equipped with double hulls.

2. Stronger Steel Could Have Been Used for Hull Plates and Rivets 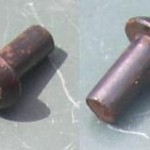 Technology sure has changed a lot when it comes to building ships. These days, the steel plates in ships are welded together, which melts the metal and fuses it together, but back in 1912, everything was done by hand. The over three million rivets in Titanic were heated by hand, then pounded into the plates, but what if the steel was not of the best quality? Through the numerous explorations of the sunken Titanic, a small piece of hull that contained a few rivets, was brought to the surface.  A rivet was sliced open for testing, and the metal contained of a lot impurities. The impurities, which is also known as slag, could have compromised the strength of the rivets, which may explain why they all popped off when the iceberg brushed across the Titanic‘s steel plates. However, the quality of the steel, and the validity of the tests, is a highly debated topic, and nether side can agree whether to believe the results or not.

3. A Better Response to the Repeated Iceberg Warnings 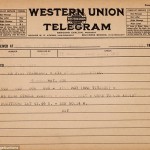 There is an old saying about hindsight being something that is right in front of someone, and that often is the truth.  When it came to the voyage of Titanic bank in 1912, the ship had the most state-0f-the-art safety equipment, which included a wireless room with two highly skilled operators working it.  Between April 10th, and the 14th, the wireless room received at least eight warnings that there was ice up ahead, and some even gave the coordinates. It is unclear exactly how many of these warnings Captain Smith received, but at least one was passed from Captain Smith to Bruce Ismay because one person witnessed their exchange. While one telegram was confirmed to have been brought to Smith, the question is what abut the others? Perhaps if Smith actually saw all the telegrams, he would have reacted more appropriately to the danger that was waiting in the dark.

These are three out of the six ways that the RMS Titanic might have been saved. Imagine what the world would be like if this terrible disaster had not happened? There are three more ways that disaster could have been prevented, and eve if the ship herself could not have been saved, the lives of those aboard her could have been. On the night of April 15, 1912, over 1500 people died in the North Atlantic, and what makes this event even more tragic is that there are many way that the disaster could have been avoided. Could stronger steel have made Titanic more durable? Did Captain Smith really get to see all the iceberg warnings? There are many things about that tragic night that is frustrating, but this is one of the things that cannot be changed, which is very sad.