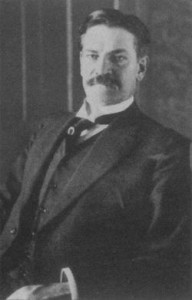 Archibald Gracie was famous for being a RMS Titanic survivor. Gracie was a brave man who actually helped many women and children get into lifeboats, and when the last one left, he was faced with the same difficult choice that many men faced, which was whether to live or die. As luck would have it, Gracie ended up in the water, and then was able to grab onto the upside down collapsible boat that Second Officer Charles Lightoller, and about 40 other men clung to until the RMS Carpathia got to the scene and started picking up all the survivors. After he got back to the United States, Gracie sat down and wrote a book, and his book, The Truth About the Titanic, is considered to be one of the best about the disaster, and is still bought and read to this very day.   For people who study the Titanic, the question is just who was this man that died nine months after the ship sank?

The Early Years of Archibald Gracie

A native of Alabama, Archibald Gracie IV was born on January 15, 1859. Gracie was born into money, and named after his father, Archibald Gracie III, and the Gracie name was a well-known one in New York for being rich. The very first Archibald Gracie was responsible for Gracie Mansion, which is where every single Mayor of the city of New York lives through their time in office. Gracie not only had political branches of his family tree, but also military ones, and his father had made a name for himself for not only being wealthy, but also because of his distinguished military career. Gracie III had served during the Civil War, and had died a hero at Petersburg, Virginia. Inspired by his father, Gracie IV also went to school in the United States Military Academy, and though he did not finish, he went on to a military career of his own rising to the rank of colonel.   Gracie also had a fascination for history, and he wrote one book about the Battle of Chickamauga, which was a battle in which his father was involved and wrote The Truth About Chickamauga. After he wrote the book, Gracie loved it, but the experience really wore him out, and he decided it was time to take a vacation. Gracie left his wife and daughter at home, and went to Europe. After his rest in Europe, Gracie then headed back to the United States, and booked passage on the RMS Titanic as a First Class passenger.

Colonel Archibald On The RMS Titanic 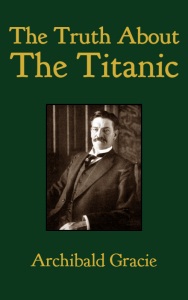 Colonel Archibald Gracie was booked in First Class cabin number C51. Gracie took it upon himself being with women who were not with their husbands such as Helen Candee, E.D. Appleton, R.C. Cornell, and of course, the infamous Margaret Brown.  Gracie really loved all that Titanic had to offer, and wrote about the things he enjoyed the most like using the gymnasium equipment and swimming in the pool. Other than exercising and swimming, Gracie entertained not only the women who were traveling without their husbands, but other First Class passengers also liked to listen to what the colonel had to say about his military career and his historical knowledge of certain military events.

On the night that the Titanic struck the iceberg, the impact woke Gracie up, and when he noticed that the ship was no longer moving, he got dressed and went up on the boat deck.  By this time, the Titanic had a list to it, and he went back to get the women he had been taking care of and got them into lifeboats.  After the women he was looking after were gone, he then helped Second Officer Charles Lightoller with the collapsible boat and cut if free before he decided that it was time for him for him to make an attempt to save himself and jumped. Once in the water, Gracie made it to upside down boat where he was with other men like Lightoller, Harold Bride, and many others before a lifeboat came along and rescued them all from the upside down boat.

Once Gracie got back to New York, he began writing his book, The Truth About The Titanic. The freezing water of the North Atlantic did not sit well with Gracie’s health, and as a diabetic, he never fully recovered from the cold water he was submerged in that night. Gracie died on December 4, 1912, less than eight months after the Titanic sank. His book was released after he died, and is one of the most popular accounts of the disaster to this day. Gracie will always be remembered for his heroism not only as a military officer, but the night that the biggest ship in the world went down.