A Statue For a Titanic Hero – Captain Edward James Smith 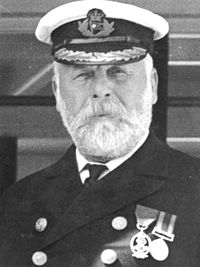 There is an old saying that the captain goes down with his ship, and there have been many disasters at sea in which the captain did indeed stay on the ship, and was hailed as a brave man and hero for seeing to it that all the passengers were safely away.  When a captain does not stay on a ship in trouble, then he is seen as a coward and may even face criminal charges. One example of a captain that now has a less than savor y reputation involves the recent Costa Concordia cruise ship disaster.  The Costa Concordia was an Italian cruise ship that ran aground in Italy in January of 2012, the captain, Francesco Schettino, left in one of the lifeboats and did not go back even when ordered to by the Coast Guard. At the time of his escape, the Costa Concordia was sinking, hundreds of people were still on board, and many more passengers were missing.  By the end of the disaster, the Costa Concordia lay on her side, 32 people were dead, and the rest of the passengers and crew were safely on land. Now, Francesco Schettino faces charges of manslaughter and failure to come to the aid of the passengers that he is considered to be responsible for.

Everyone knows that the captain is in charge of the ship, and when disaster strikes, then it is the captain that will shoulder the blame for the incident.  The captain of the Titanic, Edward Smith, was considered to be one of the finest captains ever to sail on the ocean, and his reputation was an impeccable one in which the White Star Line paid him the highest salary of any captain on the water at that time.  There were also many passengers that would only travel with Captain Smith, and when it was announced that he would be the captain of the biggest ship in the world, people were happy, relieved, and quickly booked their passage.   Everyone felt safe with Captain Smith at the helm, and for the first four days, everything was going smoothly with the Titanic sailing along at around 21 or 22 knots. However, as the sun went down on April 14th, and the night settled in, things would never be the same again, and the dream crossing was going to have a nightmarish end. 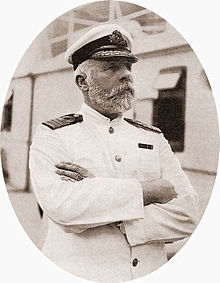 The Night The Titanic Went Down

The night the Titanic struck the iceberg, and began to sink, Captain Smith did all he could to try and see to it that his passengers did not panic, and his officers got as many as they could into the lifeboats. While the last known place Smith was seen is somewhat of a debate, he still did all he could to save lives.   When the Carpathia picked up the survivors, and headed to New York, naturally Captain Smith was seen as the reason for the disaster and loss of life because he was in charge of the ship, the passengers, and the crew.  Though it is easy to pronounce Captain Smith a villain, the truth is that many things happened that night that Titanic went down that he could not be blamed for.

A Hero That Deserved To Be Honored

The Titanic did strike an iceberg, but the reason it did had nothing to do with Captain Smith’s command. The fact is that on the night of April 14th there was no moon, no wind, and the North Atlantic was very calm, which is something that has not happened since that night. Also, the wireless was packed with messages, and Phillips and Bride did not take the warnings up to the bridge like they should have.  Captain Smith got his officers together, got them to prepare the lifeboats, and then went to the wireless room so the call for assistance could be made.  Smith also made sure that no one truly knew how serious the situation was because he feared a mass panic, which could have cost a lot more lives.

Though there have been many rumors about Captain Smith, everything from him having a nervous breakdown when the Titanic hit the iceberg, being drunk on duty, and committing suicide, but the truth is that Smith was a fine captain who might have been going a little too fast through the ice, but he was not the only captain that did this, and he stayed on his ship to make sure that as many passengers as possible were saved.  In Beacon Park, Lichfield, in Staffordshire, England, there is a statue of Captain Smith that commemorates his bravery on the night the Titanic went down, and truly deserved this honor for doing all he did on the night of April 15th, 1912. 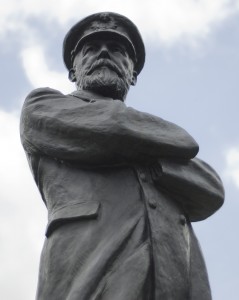 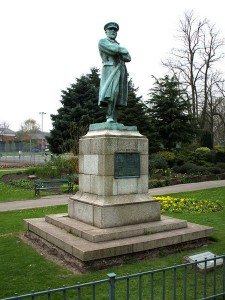 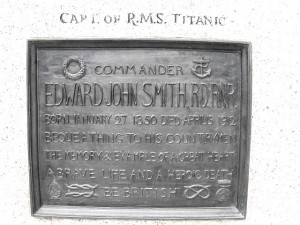