Titanic the Movie : Facts You Did Not Know About the Film 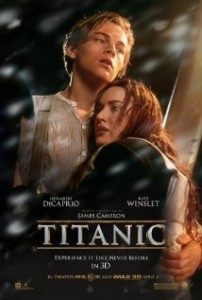 In 1997, Titanic came out, and while the press was already saying it would be a flip because of the size of the budget it had, the fact is that Titanic broke records, stayed on top for 14 weeks, and for 12 years, it was the highest grossing movie of all time. While Titanic is now the second highest movie ever, behind another James Cameron film, Avatar, it is still loved by millions and still has many box office records that have yet to be broken.

Fact #1:  When James Cameron pitched the idea of Titanic to the big studios, he told them about Leonardo DiCaprio, but they thought he was too unknown and wanted him to use a big time celebrity, Tom Cruise. Another famous name that the studios told to Cameron was Brad Pitt, but he had his heart set on Leonardo DiCaprio and finally won out in the end. Can you imagine Jack Dawson played by Tom Cruise? The Titanic movie would have been very different if someone other than Leonardo DiCaprio had been cast. 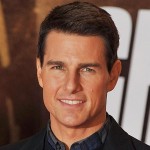 Fact #2: Some of the most memorable scenes in the movie, which include Jack teaching Rose to spit, the scene at the bow with “King of the World,” and Rose spitting in Cal’s face were not part of the script and were completely created on the spot by the actors.

Fact #3: All of the scenes of the Titanic movie that show the actual Titanic ship leaving port, while on the journey, and sinking, is approximately 2 hours and 40 minutes, which is exactly how long the real Titanic took to sink. 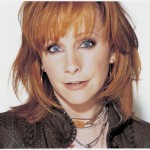 Fact#4: When it came time to cast Margaret Brown, James Cameron had several actresses in mind before he chose Kathy Bates. Some actresses Cameron was thinking about were Reba McEntire and Barbara Streisand.  Kathy Bates is very memorable in the Titanic movie as Margaret Brown and it is hard to imagine either one of those actresses taking her place.

Fact #5: During the filming of the Titanic movie, Leonardo DiCaprio brought along his pet lizard, which was then but by a truck. However, the lizard did survive thanks to his owner’s special care to nurse him back to health.

Fact #6:  Kate Winslet was not able to wear a wet suit due to the dresses she wore, when filming the sinking scenes, she got pneumonia and almost quit the movie. However, James Cameron had a talk with her, and she agreed to continue with the film. Thank you James Cameron! The Titanic movie would not be the same without Kate Winslet playing Rose!

Fact #7: The Titanic movie was in theaters for so long that it was released on VHS tape, which makes it the first movie in history to be available to buy while still being shown in theaters.

Fact#8: Old Rose had a Pomeranian dog, and that is a nod to the fact that there were many dogs that were brought onto the Titanic. Out of the many dogs on board, only a handful were saved, including a Pomeranian that a passenger wrapped in a blanket like it was her baby and climbed into a lifeboat. 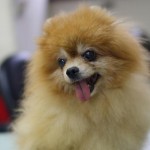 Fact#9: Before James Cameron offered the role of Rose Dawson to Kate Winslet, there were many other big named actresses that were considered for the role including Jodie Foster, Gwyneth Paltrow, and Cameron Diaz.  Imagine how the Titanic movie would have done with someone other than Kate Winslet playing Rose?

Fact #10: Originally, Robert De Niro was supposed to play Captain Smith, but at the last minute before filming began, De Niro had to back out due to contracting an intestinal infection. The role of Captain Smith was then offered to Bernard Hill.

Fact #11: The pool that the Titanic passengers were swimming in and jumping into was only three feet deep.

Fact #12: At the end of the movie, when Rose dies and returns to the bottom of the ocean, Jack Dawson is waiting for her by the famous Honor and Glory Crowning Time clock. As the camera pans up the stairs, the face of the clock comes into the view, as Jack turns around to greet Rose. The time on the clock behind Jack reads 2:20, which is the exact time that the Titanic sank.

The Titanic movie is one of the biggest movie of all times, and fans of it are still in love with the movie even though it has been out since 1997. In April, when the anniversary of the Titanic sinking comes around, fans will once again pull out their copy of the Titanic movie, pop it into the DVD or Blu-ray player, grab a bowl of popcorn, a box of tissues, and once again climb on board the most luxurious ship in the world.