The 5 Most Romantic Moments In the Movie Titanic 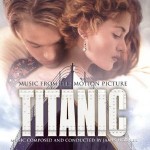 In honor of Valentine’s Day, it’s time to talk about one of the most romantic movies ever, and that is Titanic. The movie came out in 1997, and starred Leonardo DiCaprio and Kate Winslet. The two played a pair of doomed lovers who happen to be on board the world’s biggest ship on its maiden voyage. DiCaprio played Jack Dawson, a Bohemian artist who was coming home from Europe, and Winslet played Rose DeWitt Bukater, a rich girl being forced to marry a man she doesn’t love thanks to a hidden debt and an overbearing mother. Here are 5 of the most romantic moments from the movie, Titanic.

1. The Incident at the Stern (Jack Saves Rose) 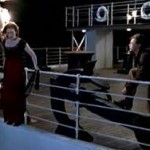 In the beginning of the movie, the viewer gets introduced to Rose’s poor little rich girl life. After sitting through another boring dinner, Rose decides to end it all. Rose races to the stern, past Jack, and climbs over the railing ready to throw herself into the water, and the sharp propeller blades. Jack, who does not even know her name, helps her over, and there’s a small magic moment between them becuase for once, someone cares about Rose and wants her to live. 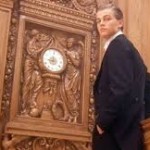 After a fancy meal, and plenty of champagne, it is time for the women to sit and gossip, and the men to go to the Smoking Room for brandy and cigars. Rose does not want Jack to leave, but he insists it’s time for him to go. After a gentlemanly bow, and a kiss on the hand, Rose discovers a hidden note asking for her to meet him at the Honor and Glory clock on the Grand Staircase. Rose takes a deep breath as she starts to climb, and when Jack turns around, looking handsome in his black tuxedo, it is another magic moment that shows that things are beginning to grow between the two of them. 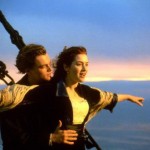 After a confrontation in the gymnasium, Rose leaves Jack saying she is in love with Cal Hockley and intends to marry him. A distraught Jack heads for a quiet place to think ,which just happens to be the bow of the ship. While sitting there, Rose approaches him, and the two share a moment on the bow flying into the sunset, which leads to their first kiss. According to Kate Winslet herself, the kiss was not planned, it was just something that happened, which makes it 10 times more romantic!

The scene at the bow sealed the fact that Jack and Rose were now a couple. The best way to seal a relationship is some good old fashioned tomfoolery in the back of a car. A big car sat in the cargo hold of the Titanic, and this very sex, and romantic scene, is one of the most memorable in the movie. Who can forget seeing the car windows all foggy and the famous hand print that gets put on the steamy window? After all, since this is 1912, it is assumed that young Rose is a virgin, which only makes the moments even more special than it already is.

5. The Stern of the Ship (After the iceberg collision) 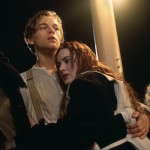 At 11:40 the evening, shortly after Rose and Jack emerge from their tryst in the cargo hold car, they kiss, and the two men in the crow’s nest are watching. Now, perhaps, the two men in the crow’s nest were a little distracted, and did not see the iceberg up ahead until it was too late. The iceberg scraped against the side of the ship, and nearly pelted the two young lovers with chunks of ice. As the ship began to sink, panic began to set in, and the crowd became quite unruly. The two made their way to the stern railing, where Rose and Jack first met, and Rose has a very romantic, yet heartbreaking line because of their circumstances. “Jack, this is where we first met,”  Rose said with a tears in her eyes, and he kissed her forehead as he held onto her for dear life as the ship began to stand in the air and sink into the black frigid water.

Titanic came out in 1997, and it went onto become the biggest movie in the world from 1997 all the way up until Avatar came out in 2009.  While the movie itself depicts the sinking of the most famous ship in the world named the Titanic, there is another story involving the ill-fated tale of a rich girl and a poor Bohemian artist that is just trying to get back to the United States. Though the movie itself is filled with a lot of romance, there are 5 moments that were especially romantic and moving.  While Titanic is no longer the top movie of all time, it is still an all-time favorite that fans will remember for a very long time.